We are green! Tourism and the protection of the environment in Chile

The natural beauty that Chile holds in its 4,000 kms. of coastline, with the omnipresent Andes Mountain Range, the diversity of its landscapes and climates, make tourism and the protection of the environment a must in Chile. Chile takes care of its unique natural treasures, such as the magical Atacama Desert, the lush forests of native flora and magnificent glaciers at the end of the world.

But that’s not all, Chile can also boast of being one of the countries with the largest expanse of wild and unspoiled territories in the world. Within its vast territory, our country has more than 14 million hectares of protected areas, either within national parks, national reserves and national monuments.

In other words, this 19% of the territory corresponds to state-protected wilderness areas. This impressive statistic demonstrates Chile’s commitment to the conservation, protection and preservation of the environment and its flora and fauna.

Talking about sustainable tourism, nowadays, is no longer a novelty. Many countries have opted for a friendly and sustainable form of tourism that advocates for the preservation and respect of the natural environment, and Chile is not lagging behind, responding to needs in a committed and active way.

Still, there are many challenges ahead, but progress is made on the subject, given that the immense variety of parks and national reserves lead the way for an ecofriendly kind of tourism.

Maintaining a constant protection of the environment, not only guarantees the longevity of all the species that inhabit it, but also ensures the wellbeing of future generations in each of them, so it becomes interesting to make this a habit that, instead of deteriorating, is translated into improving the conditions day by day.

PROTECTION OF CHILEAN FLORA AND FAUNA

Among Chile’s efforts to conserve and preserve the environment, there are several organizations dedicated to protecting Chile’s Natural and Cultural heritage. The national system of state-protected wilderness areas (SNASPE) is responsible for caring for ecosystems, soils, forests, fauna and landscapes.

SNASPE has declared numerous territories and is periodically incorporating protected areas in order to safeguard the flora and fauna of these places and of important archaeological evidence linked to pre-Columbian peoples.

Within the national parks, reserves or natural monuments, the CONAF (National Forestry Corporation) does a great job trying to maintain and protect the great natural heritage in Chile.
That is why important measures have been taken to promote the development of sustainable hotels and the improvement of ecotourism in the country. In addition, the National Tourism Service (SERNATUR) awards the S-Seal for eco-friendly hotels and requires special permits for guides and tour operators in state-protected wilderness areas. 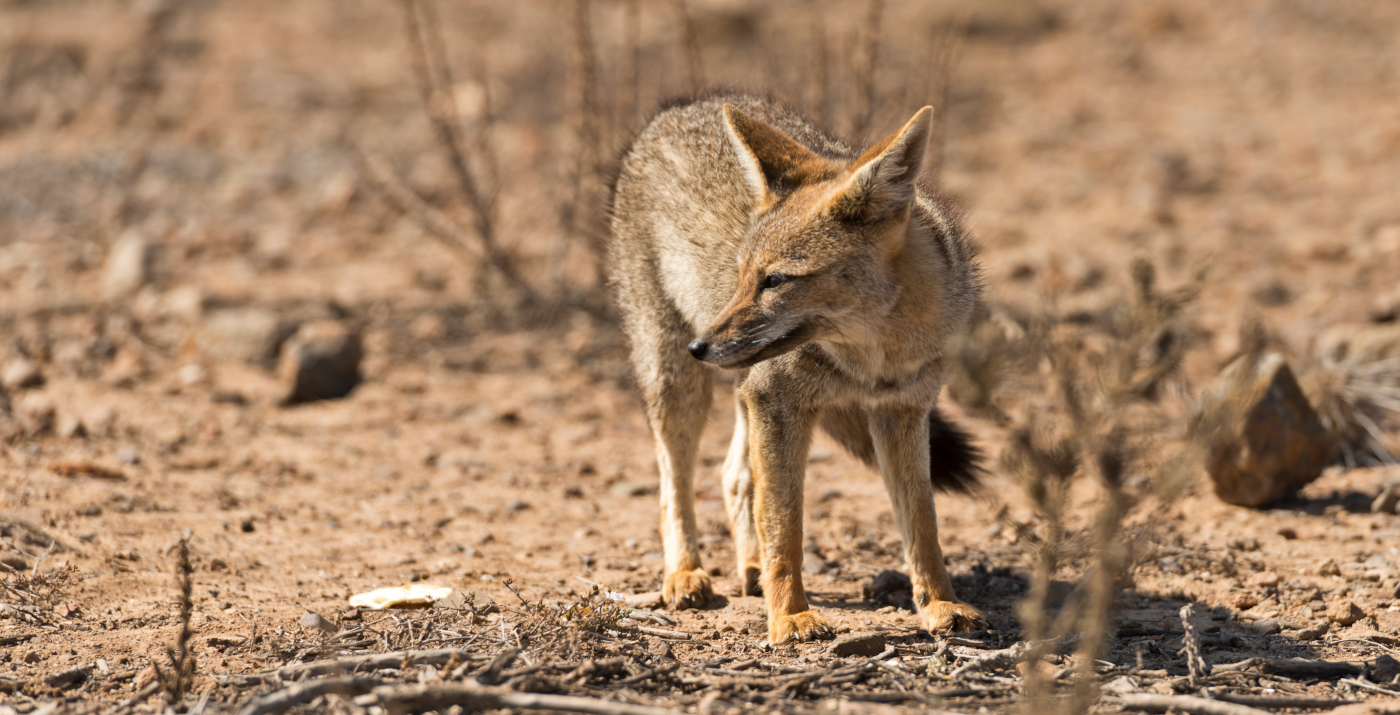 THE S LABEL FOR HOTELS

The “S” of sustainability is a certification that guarantees that a lodging place meets the international standards and requirements in the environmental, economic and sociocultural field.

This way, foreign and national visitors will be able to identify those lodgings that are highlighted with a green stamp, delivered by the National Tourism Service, and that are listed (link below) in order to prioritize these services: http://www.chilesustentable.travel/distincion/empresas-y-mapa/

As Chile is positioning itself in the world as a world-class tourist destination, which in addition to being noted for its wide and attractive offer, it should also be recognized as a country that shouldn’t be missed because of its ecotourism and environmental protection.

TOURISM AND THE PROTECTION OF THE ENVIRONMENT IN CHILE

In the same way that hotels may opt to have their green stamp and be recognized as ecofriendly places, those responsible for showing and guiding visitors in protected areas, must have a special permit to guarantee the respect for the environment in which they host their activities.

The objective of this measure is to formalize the tourist benefits and contribute to the management of the protection and conservation of Chile’s enormous natural capital.

This formalization implies the signing of a contract between CONAF and the provider of tourist services, detailing the agreements and commitments between both parties, so that tourists may be sure that their visit to natural reserve or parks will meet the standards of environmental protection.

An example of this is what has been done in the Huilo Huilo Biological Reserve, which has been recognized with several international awards for its responsibility and commitment to the environment and to the local communities that have been involved in this project.

Huilo Huilo protects more than 100 species of different birds and other animals such as the Darwin Frog, the Monito del Monte and the Pudú. But above all, it protects the Huemul that is in danger of extinction due to deforestation.

In addition, it protects millenary trees such as Coigüe, Raulí, Ulmo, Hazel and much more.

To visit it, it is advisable to go for a few days in order to take advantage of the landscapes and share with the Mapuche communities. Among the recommended excursions are trekking along botanical trails that will allow you to see the endemic flora and fauna. 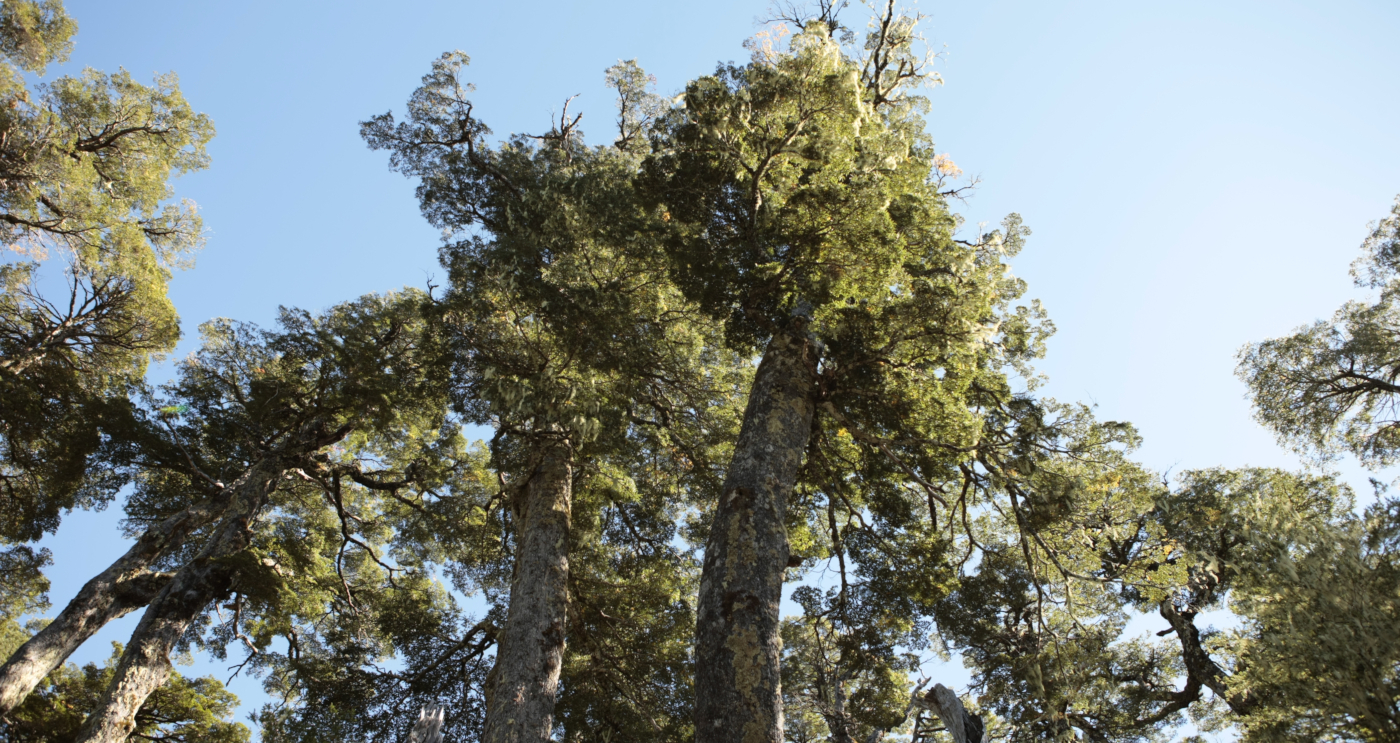 PROTECTION OF THE ANTARCTIC

Another area that is an example and a priority in the care of the environment is Antarctica, since the effects of climate change in the southern part of Chile could be disastrous for the whole world.

The main objective is to maintain these pristine seas and territories outside of certain economic activities, such as mining exploration, which is banned in Antarctica, and only scientific research is allowed.

This is how an agreement was signed in 1991 that enshrined the Chilean Antarctic as “a natural reserve dedicated to peace and science”.

Rapa Nui is the Chilean island that has become one of the country’s most iconic destinations and the paradisiac dream of most travel lovers, who dream of touring the lands of the Moai.

Many a traveler’s dream, Easter Island has a new law regulating the influx of tourists since February 2019, in order to avoid damage to the environment and to protect the culture of the island.

This way, Law No. 21,070 prohibits tourists to stay more than thirty days in Rapa Nui, providing they are not from the island and have no family or work ties with the destination.

The regulations also require that all persons entering the destination must have their identity card, passport or travel document. Each visitor must show the transportation authority the return tickets, and the hotel reservation, accommodation or the invitation of a resident of the island, if the tourist assures that he will be staying in a private home of the destination. 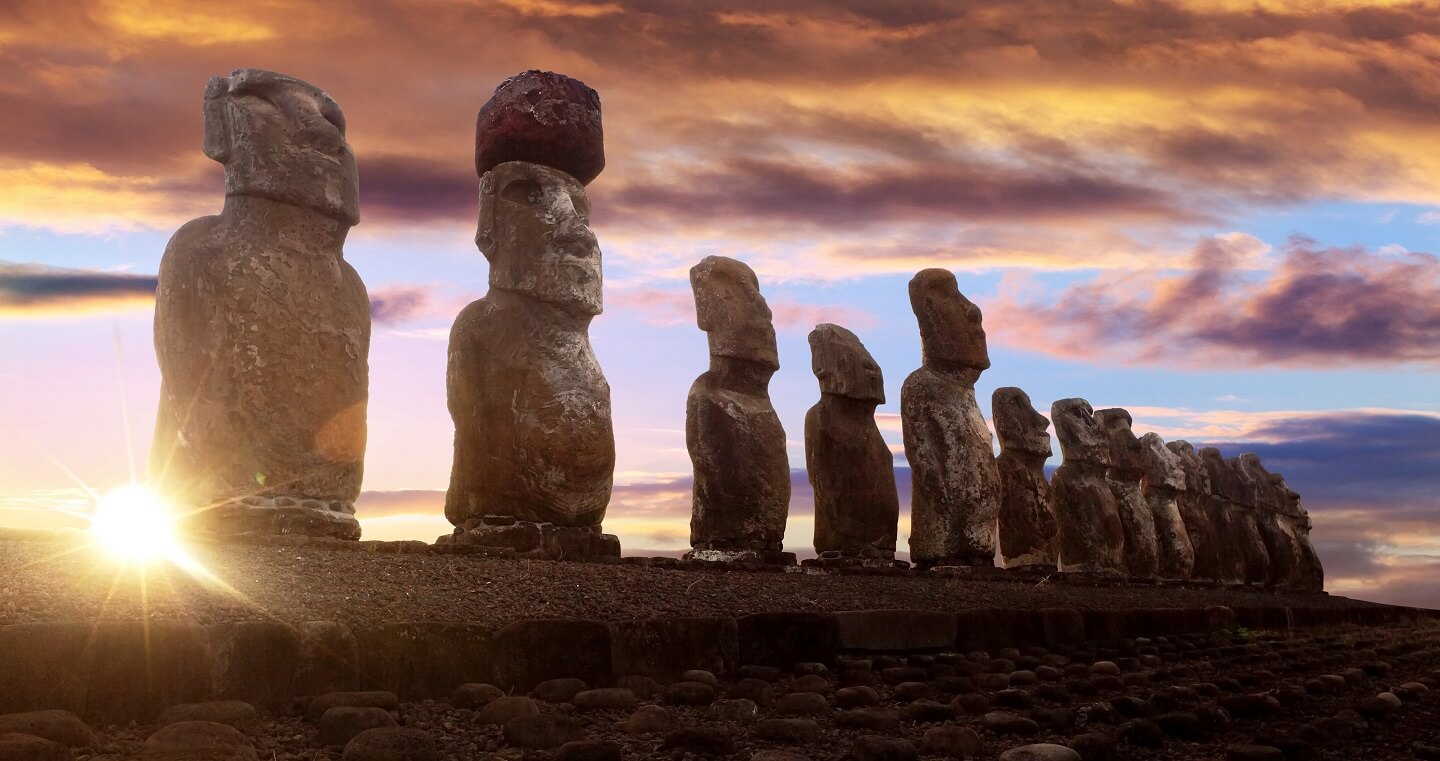 In addition to all the measures to guarantee ecofriendly tourism, Chile has proposed to keep its unscathed natural territories within parks and reserves, trying to make the human impact in certain areas almost invisible. Some of those magical places are:

In the extreme north of Chile, the Lauca is not only remote because of its geographical location, but also because of its altiplano altitude that goes between 3,000 (9842 ft) and 6,300 meters (20669 ft) above sea level.

The majestic Chungará Lake is a refuge for a wide variety of birds, as well as animals like Vicuñas and Vizcachas. The image of this lake guarded by the Parinacota and Pomerape volcanoes which make this place a true surrealist picture.

This wonderfully preserved area houses one of the most impressive concentrations of Andean flora and fauna.
This beautiful park is located amidst volcanoes, lagoons and hills that are sacred for the Aymara people.

Among its protected fauna are the Suris, Andean Taguas, vicunas and three species of flamingos, very difficult to find in other parts of the world.

This huge impregnable area does not have access by land so very few people have had the pleasure of exploring its 674,000 hectares of Magellan forest.

This is why the terrain remains unchanged from human presence and its terrain full of canals, islands and islets, are a wonderful refuge for birds and marine mammals, such as penguins, sea lions, Chucaos and thrushes.

In the park there are evergreen forests with species such as the cypress of the Guaitecas, Coigüe of Chiloé, Tepú and Tineo. Its fauna includes seabirds such as penguins, cormorants and seagulls. In addition to terrestrial birds such as Chucao, thrush, kingfisher and mammals such as common, though no less majestic Sea Lions, Chungungo, Coipo, Güiña and Pudú, among others.