Pokémon Go is the most popular game of augmented reality that makes its players walk around the streets, parks and corners of cities in order to “catch” virtual Pokemon characters and fight them! Download the App in Chile and discover the best routes and locations for playing Pokémon Go in Santiago, where many new spots in the Chilean capital are applying to become Pokestops for this game’s upcoming international Safari.

An exciting journey that connects natural and virtual reality, Pokémon Go even has an educational aspect to it. It challenges players to interact with urban spaces and with other players, encouraging them to be on the move and to exercise physically. It has led millions of Poke-lovers to discover numerous attractions in different cities of the world. In this regard, the game is an important promoter of urban tourism, and Santiago is one of the most outstanding places on this side of the planet to play and discover the city.

Ready for action? Pokemon hunters are often rewarded in different parts of the city with prizes and gifts, and in Chile this will not be an exception. Pokemon characters are found at Pokestops, permanent locations in the city that can be near historical sites, heritage buildings, parks, squares and even in museums, places that inside this virtual world have been transformed into Pokestops or game arenas.

By following them around Santiago, you’ll be partaking in this new adventure, an opportunity to play the Pokémon Go game that you can’t let pass, to get a chance to take a good look at the heart of our country.

The World Pokemon events take place in different parts of the world with the purpose of encouraging its followers to collaborate with fellow participants and to explore new destinations in a quest for catching new characters that are exclusive to each host country.

In Chile, there is still no scheduled date to become the hosts of one of these global meetings, but the thousands of followers who live in our country are already well organized and have started campaigning to ensure that some of our urban attractions may become a Pokemon Safari Zone in the near future, and to guarantee the availability of good Internet connectivity to make this possible. 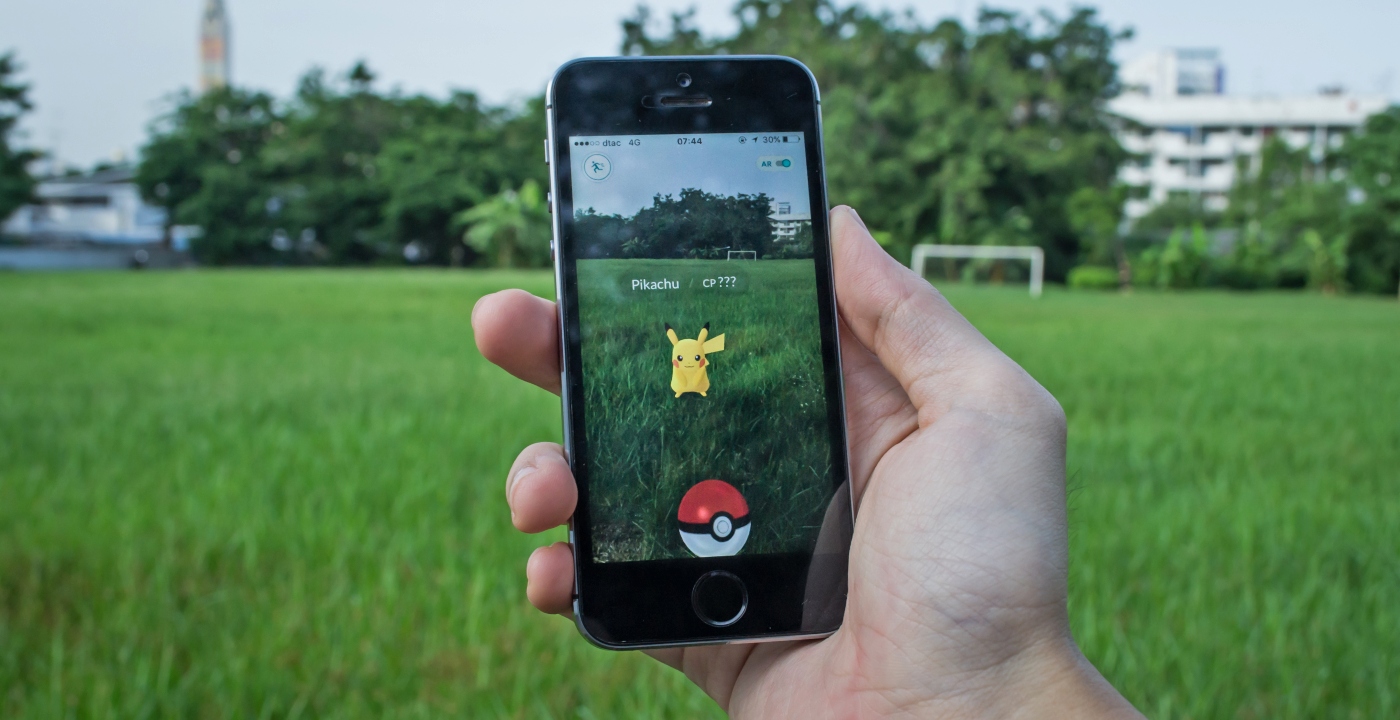 A Safari Zone is an event of great importance that takes place in a country. The event consists in that players play to receive a medal in the game, and catch Pokémons that not everyone can manage to find because they are very rare and, in some cases, unique to each country.

The first Latin American Safari took place in Porto Alegre, Brazil, at the beginning of 2019 and was a smash hit, where thousands of people from all over the world traveled to participate especially in this occasion.

The maps to play Pokémon Go in Santiago are many, which can be enjoyed in solitary with a big bottle of water for the long walk, or in a group, competing together to discover new  nests of the digital characters, which can be hiding on a hill, a plaza, or in an urban complex such as a university.

Nests are used in order to capture rare Pokemon characters, obtain candy, be enabled to evolve and power up, find Shiny Pokémon (if they’re available), unlock medals, advance to higher levels, and other advantages.

We hope you get excited about hunting Pokemon in Chile! Pay attention because here we reveal some of the best maps to play Pokémon Go in Santiago.

THE BEST PARKS IN SANTIAGO TO PLAY POKÉMON GO

Around the area of Parque Forestal is where most people go to play, especially for the “Community Day” events, which take place once a month, for 3 hours, where there’s a Pokemon that appears repeatedly.

Parque Forestal is a park that has 172,000 square meters, running between Avenues Cardenal José María Caro (Costanera Sur) to the north, Merced – Ismael Valdés Vergara to the south, Vicuña Mackenna to the east, and General Mackenna to the west. It is part of the network of parks on the south bank of the Mapocho River, limiting to the north with the 42K Mapocho Bike Rcycle, to the east with Balmaceda Park and to the west with Los Reyes Park.

With over 6,500 trees, it is one of Santiago’s green lungs, and one of the favorite places where city residents spend their free time. Close to the park, there are some of the city’s most important museums and landmarks, like the Fuente Alemana (German waterfountain), where kids cool down and splash in it during the summer.

El Llano Subercaseaux Park, in the district of San Miguel, is another favorite location for Pokémon Go fans. Within this park you’ll also find the Comic Park, José Miguel Carrera plaza, and on its adjacent streets there are important buildings, such as the Municipality, the Church of San Miguel Arcángel, the House of Culture with the Harald Edelstam library (an important Human Rights activist), as well as universities and schools.

Another meeting point for Pokéfans is the Bustamante Park, in the district of Providencia, which in addition to its pleasant green areas and monuments, houses the Literary Cafés, there’s also a busy skatepark that has boxes, benches, quarter pipes and other concrete obstacles, which are surrounded by its famous “bumps”.

Quinta Normal park in downtown Santiago in another one of the most visited places by Pokemon fans. This landmark concentrates the greatest part of its cultural value in the Yungay barrio or neighborhood. Tourists enjoy its green areas and museums.

With an extension of almost 40 hectares, Parque Quinta Normal is one of Santiago’s most traditional spots for outings. Since 1976, it holds the category of Natural Sanctuary, thanks to its great diversity of native and introduced plant species, which is why it was chosen by the Travel + Leisure specialized magazine in 2013 as one of the most beautiful parks in the world.

Parque Bicentenario, or Bicentennial Park, in the district of Vitacura, is also a meeting place for Pokémon Go lovers and hunters. The park hides many sought-after figures in its more than 4,000 trees (among them, more than 1,300 are carefully planted and preserved native species). 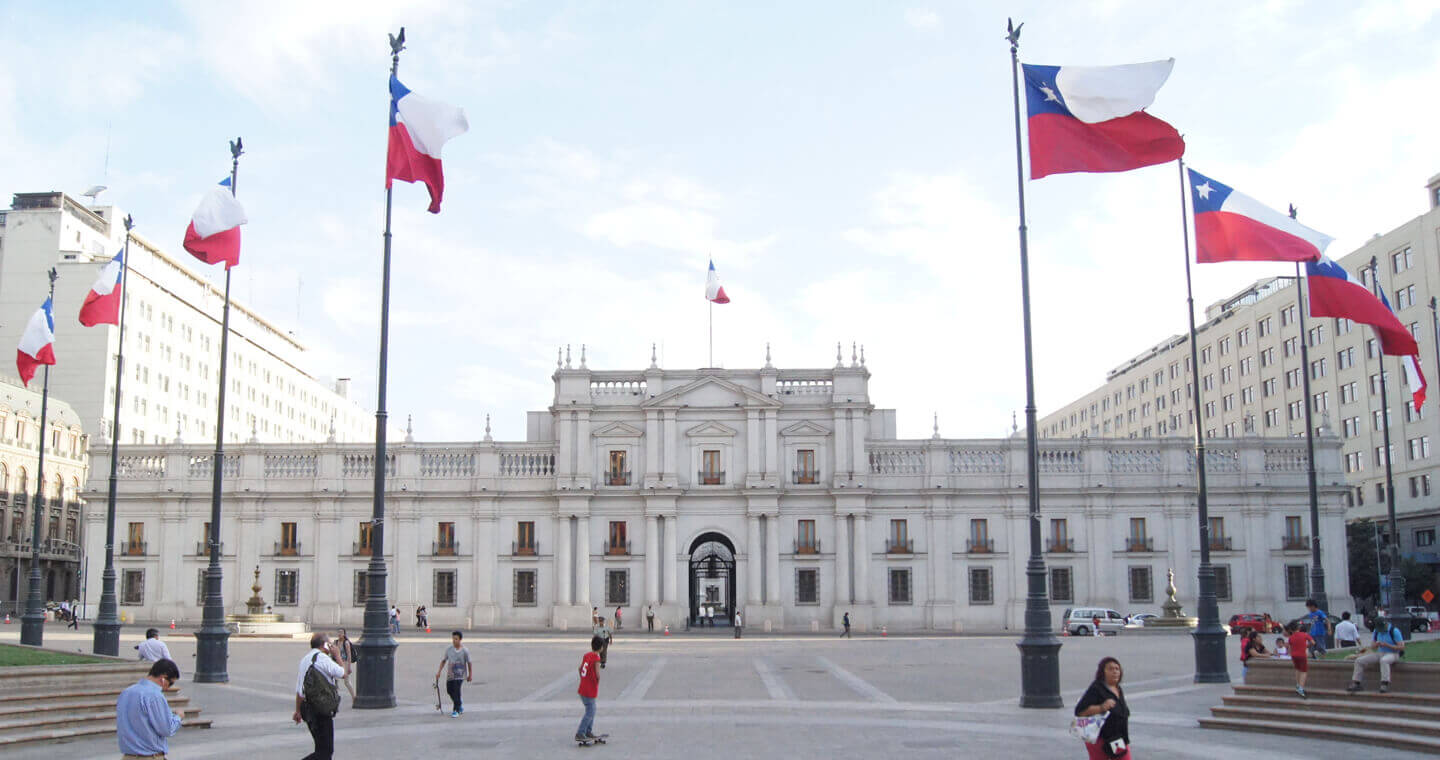 Last, but not least important, are the routes that Pokémon seekers can take in the area of the La Moneda Presidential Palace (Downtown Santiago).

The La Moneda Palace houses a Cultural Center in the underground. Nearby is the Citizenship Square, with large appreciated green areas that offer visual rest amidst the ongoing constructions of the country’s administrative center.

In the words of Pokémon fans, “Get up and go outside! … There is much to discover.