THE WONDERFUL FUNGI KINGDOM FOUND IN CHILE IN AUTUMN

These days the Fungi Kingdom is trending, and more importantly, they can be found in most of Chile’s territory! So, if you like to take pictures of nature, mushrooms can be a very interesting subject.

In the extreme north of Chile, due to the desert’s dry environment, mushrooms do not typically grow. But from Coquimbo to the south you can start to see a great diversity of species of mushrooms, especially in autumn and spring. In this article, we would like to invite you to learn more about the mysterious and fascinating fungi kingdom. 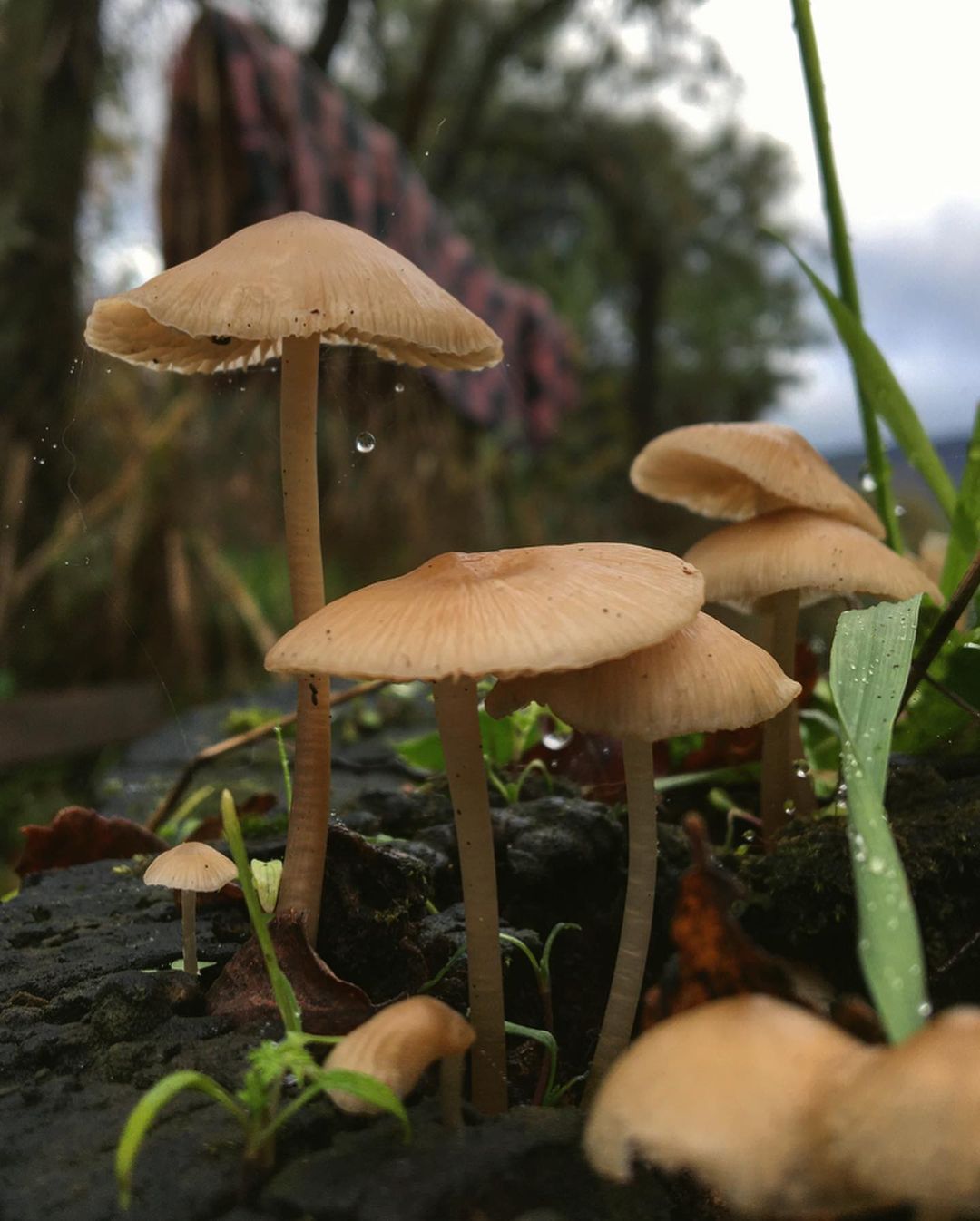 Mislabeled for decades as part of the plant kingdom, the Fungi Kingdom has struggled to be valued for what it really is: an autonomous set of organisms that acquire their food by absorption instead of photosynthesis, as they do not possess chlorophyll. 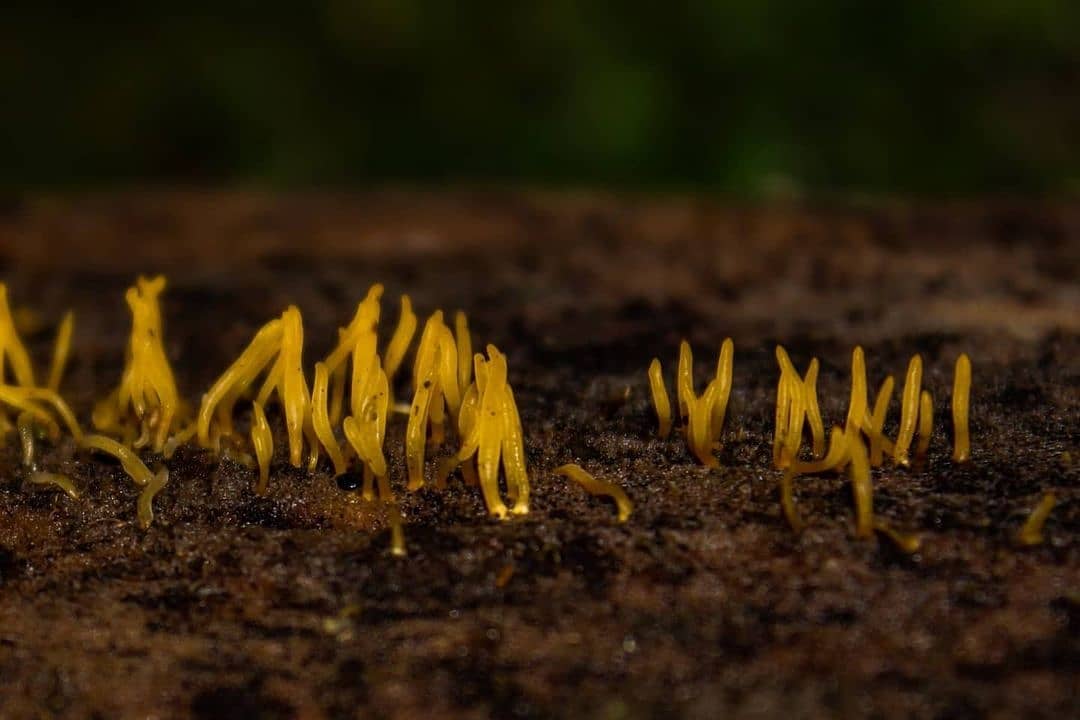 Want to know why they are so important? Because Fungi are the principal decomposers in ecological systems, performing an essential role in the decomposition of organic matter. They are the connection between old and new trees, allowing excess nutrients to be used by other organisms, thus being the great recyclers of nature. Thanks to the Fungi Kingdom, nothing is lost in nature! 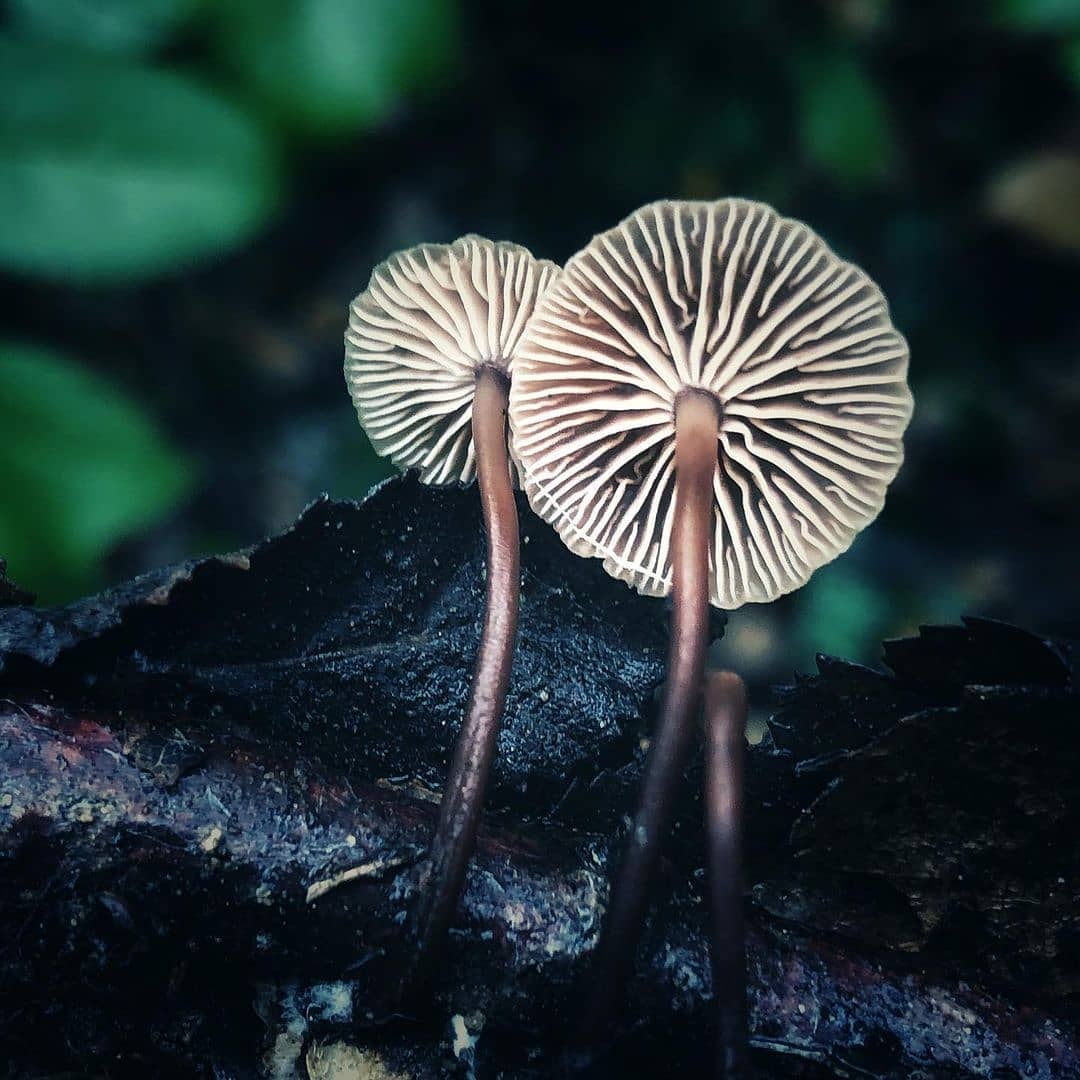 And did you know that there are more than five million species of fungi all over the world? We only know about 15% of them, which is why it is so fascinating to learn more about them. Another noteworthy characteristic of the fungi kingdom is that they can be found in all types of environments, in the mountains, oceans, and even in deserts, the Antarctic ice, or in the air we breathe.

They exist in a myriad of sizes, microscopic or occupying hectares, in all colors and shapes. Some live only for a few minutes after a rainfall, others for years. Since they do not need light to live, they often proliferate in dark and humid places.

The Fungi Kingdom emerges in autumn in Chile 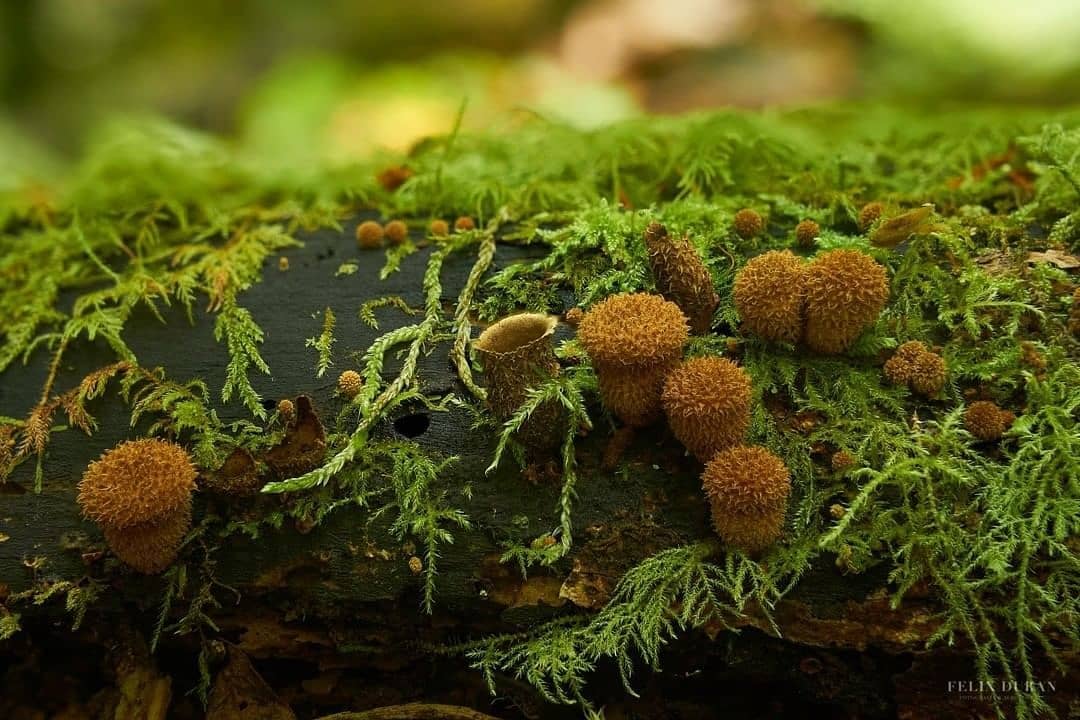 It is estimated that there are over five thousand species of macroscopic fungi in Chile, that is, we can see them and autumn is the best time to do it.

We dare you to grab your camera and come search for the beautiful species of the Fungi Kingdom!

The first spot we recommend is called “Altos de Cantillana”, located 70 km from Santiago, the capital of Chile. Here there’s a mountain range that was declared a private Natural Reserve in 2015. Cantillana’s staff is trained to recognize the different mushrooms of the Fungi Kingdom. They offer tours on the Patagual trail, one of the best places to find different kinds of mushrooms. 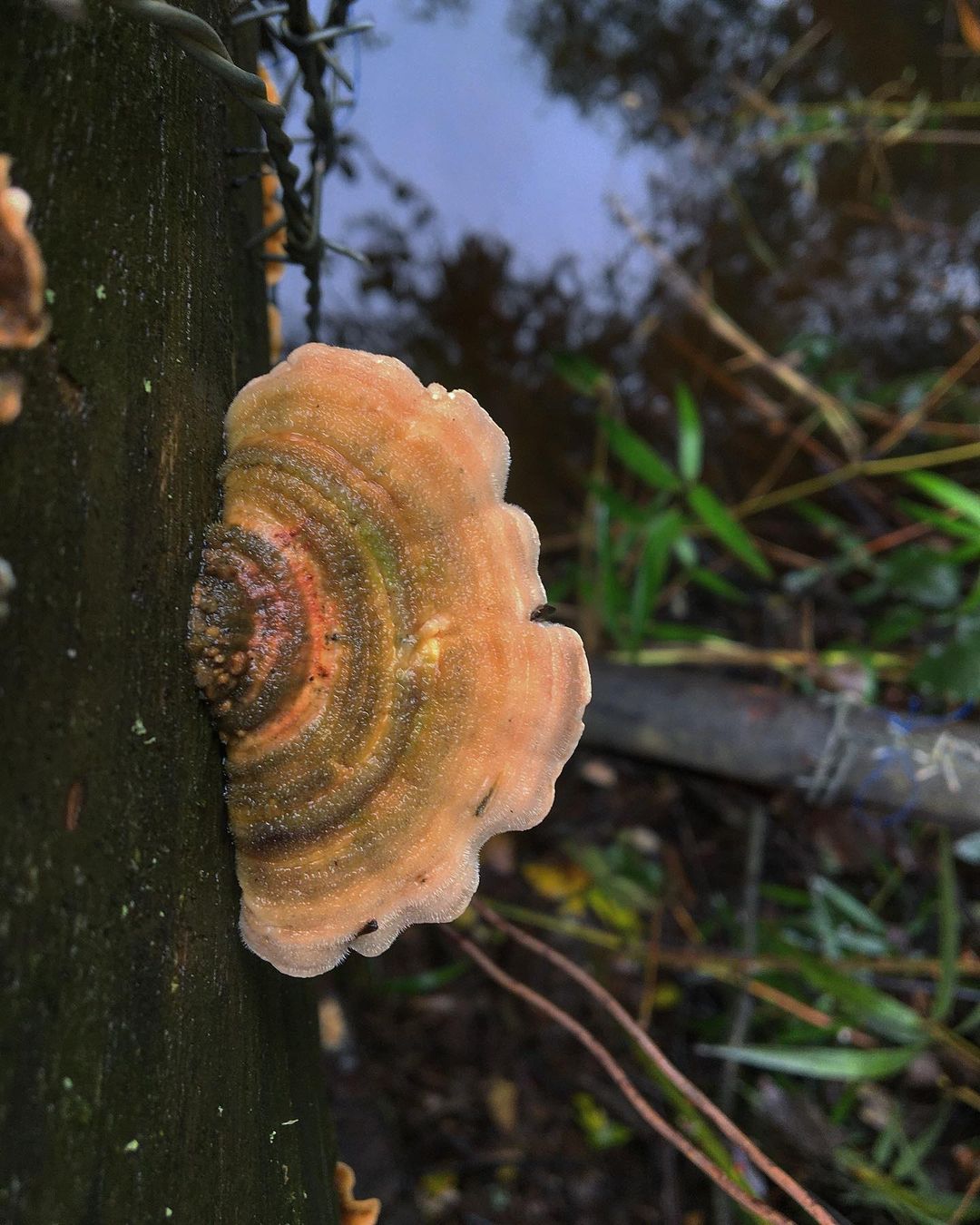 On this route, you are likely to find the “Cola de Pavo” (Turkey Tail) mushroom, which is known to be extremely potent and is proving to be useful as an immune system accelerator and anti-cancer agent.

In the coastal city of Viña del Mar, the National Botanical Garden has an enormous diversity of plants and, also, of fungi. It is a must-see if you are interested in the Fungi Kingdom because of its wide variety of species that are especially remarkable in the garden’s central meadow during autumn.

In addition, this place has a magical and mysterious side with its legend of the “witches’ circle”, that comes from a place where mushrooms form a “ring of mushrooms” around a tree trunk. The legend says that witches used to perform ceremonies inside these rings. How fantastic is that, don’t you think? 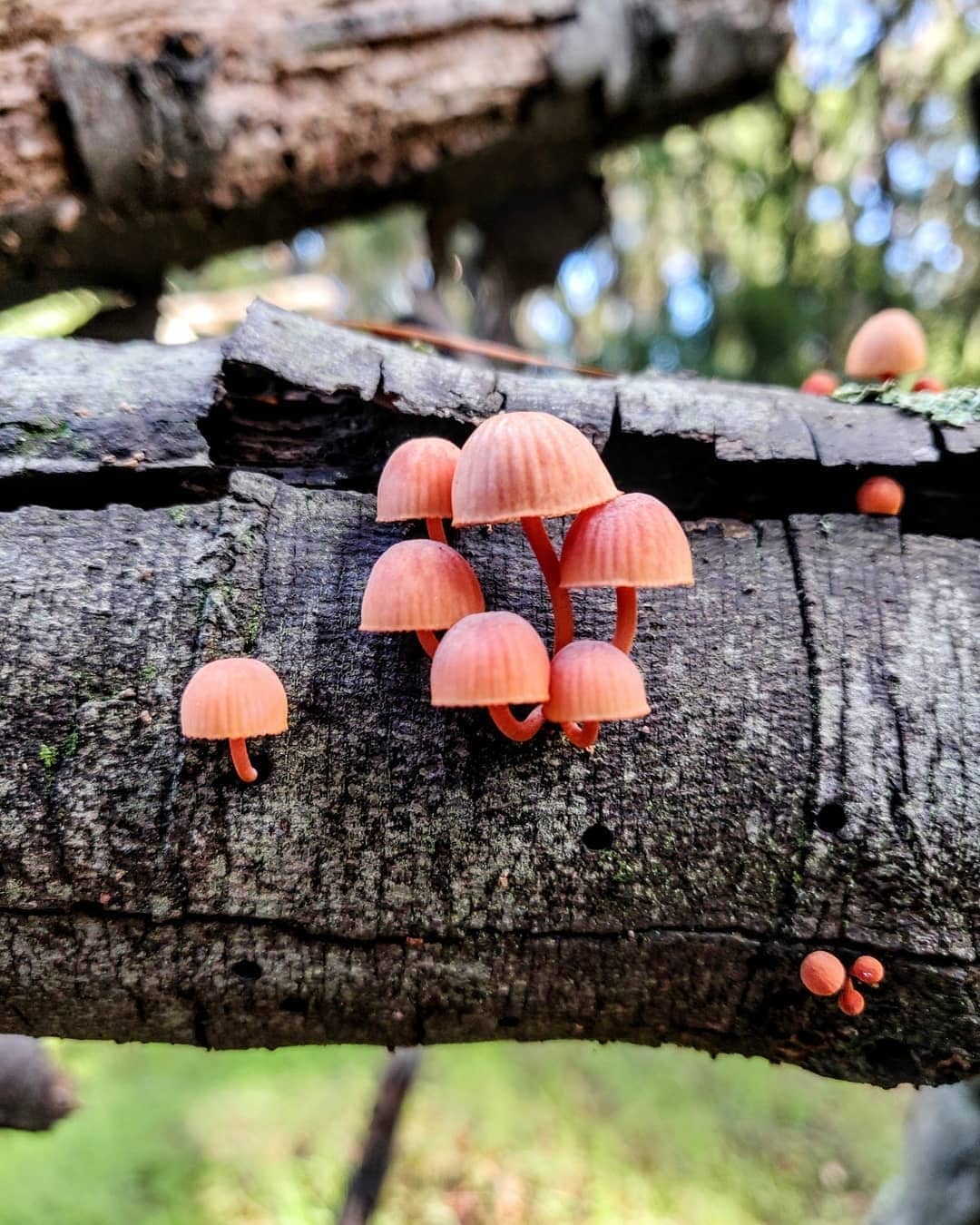 One of Chile’s most amazing natural treasures is La Campana National Park, just 113 km (70 mi) from Santiago, between the towns of Hijuelas and Olmué. This park contains an incredible variety of mushrooms that you’ll find amongst the forest of palm trees in the part of the park called “Palmas de Ocoa”, one of the last natural forests of Chilean palm trees, an endemic species of Chile. 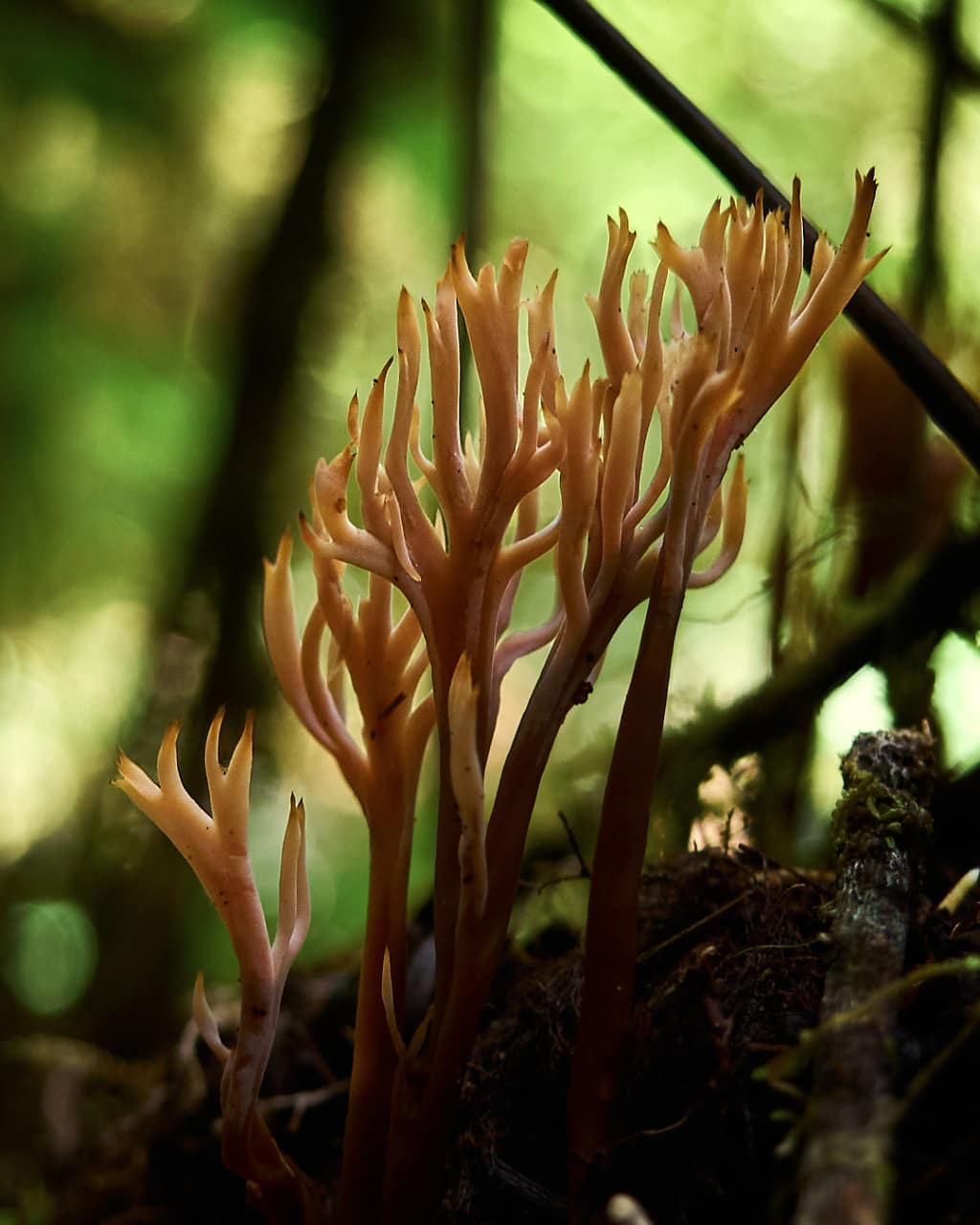 Treasured mushrooms of Valdivia and Patagonia

Delving into the south of our country, experts who search and investigate the Fungi Kingdom recommend the Punucapa area, located on the west bank of the Cruces River, 19 km (12 mi) from Valdivia.

Here you will find the classic red mushrooms with white spots (amanita muscaria), like the ones seen in “The Smurfs” and that are associated with birch and pine trees. 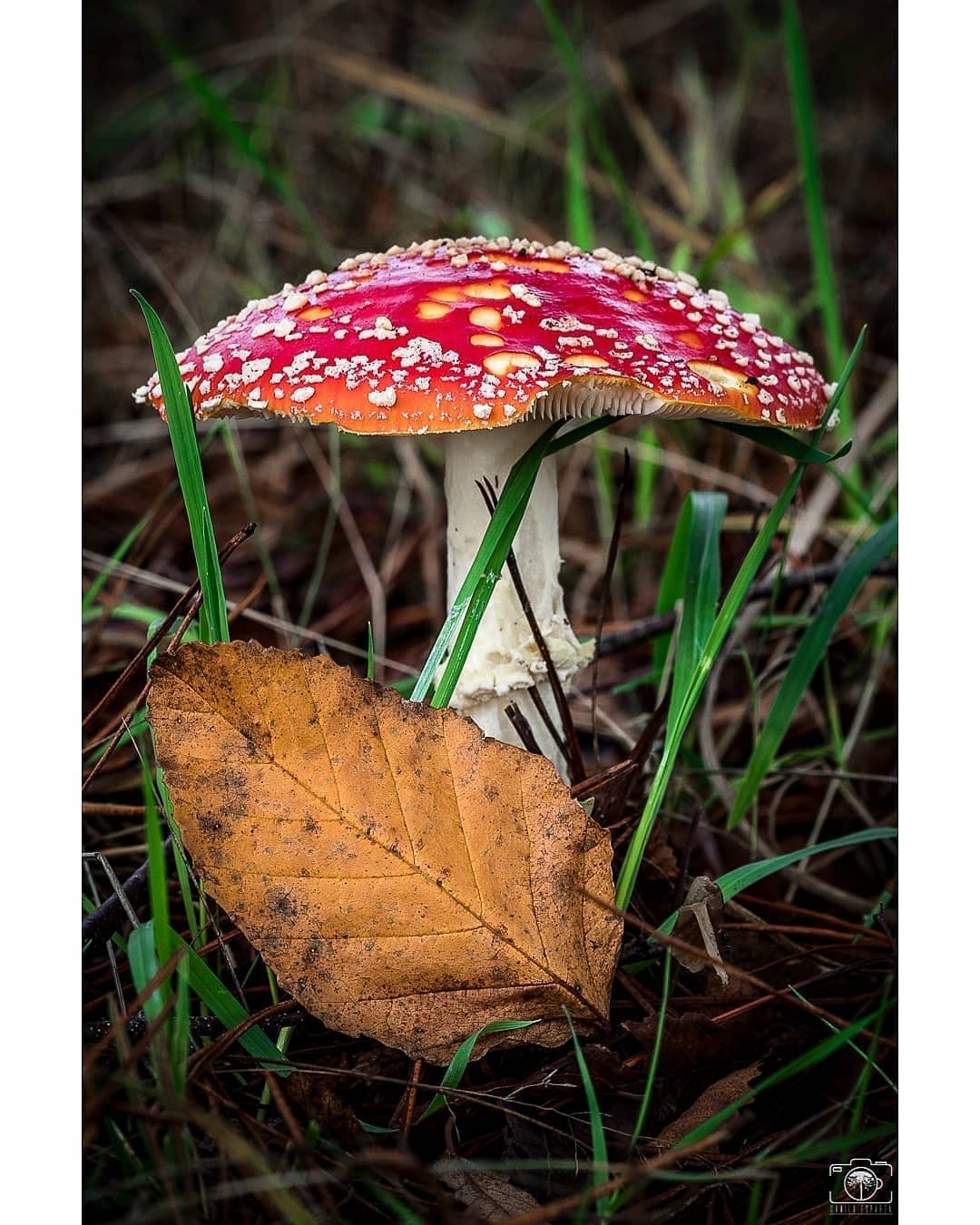 Amanita Muscaria, as seen in the cartoon “The Smurfs”
Photo:[@reinofungichile/@camilo.esparza.e]

All of southern Chile is a fungal paradise! Patagonia, famous for its natural wealth, gives us a feast of fungi throughout the year, especially in autumn, when the explosion of these organisms takes place.

And if we are talking about edible mushrooms, the Morilla (of the genus Morchella) is one of the most popular. It is so famous that there’s a festival in its name that is celebrated every year near Coyhaique, in the town of Villa Ortega.

But this is not the only edible mushroom; there are other species that taste good, that are used for cooking, and that appear in autumn, like the “Grifola gargal” known for its almond scent. 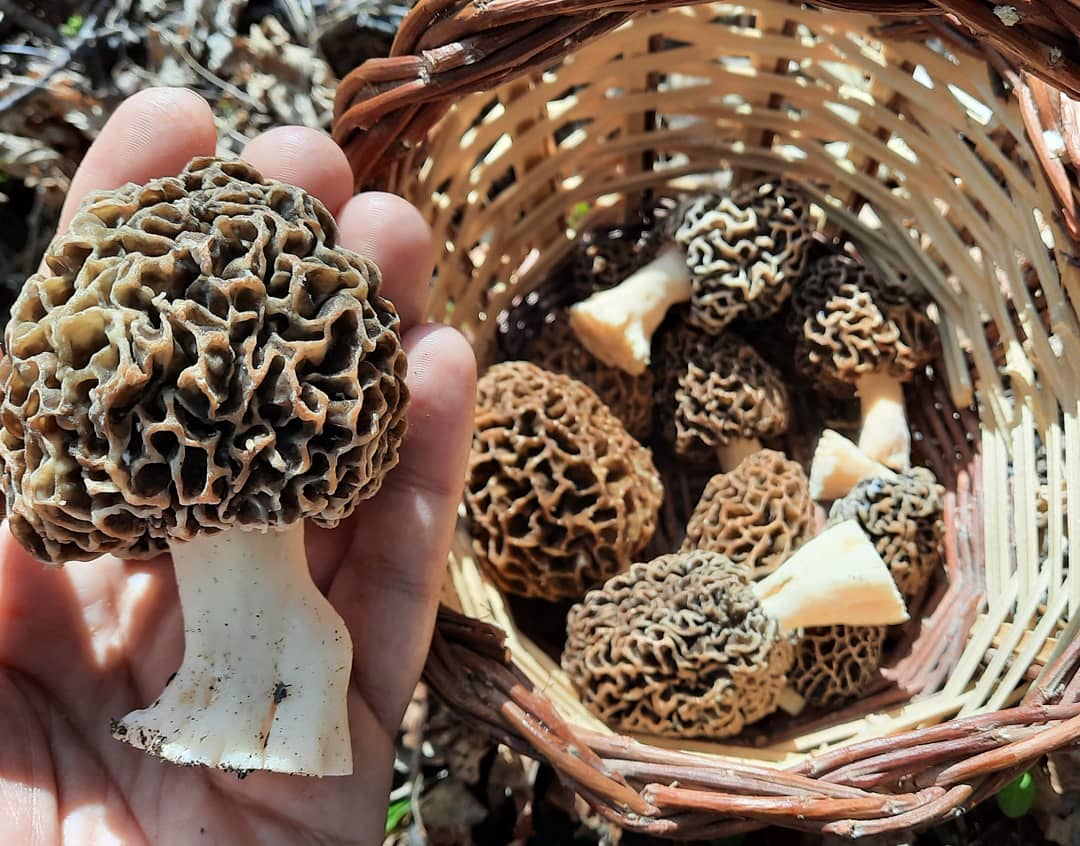 Morilla mushroom, because of its exquisite flavor there is a festival named after it.
Photo:[@poloamuna]

Isn’t the Fungi Kingdom fascinating? Now you know, the next time you go out for a walk in Chile, keep your eyes peeled to see which species you can find.