Sustainable energies are those obtained almost without limit from non-polluting natural sources such as the wind, the ocean, the sun, and the energy from the depths of the earth.  Although this may sound like a dream for many, in Chile, it is already a reality.

In 20 years, all the electric power needed in our country will likely come from clean sources, and Chile could even export power to other neighboring countries. The proposed target was to reach a generation capacity of 20% of the country’s energy matrix by 2025, but that goal was already achieved six years ago!

The desert sun, the strong winds of the plains, the more than 4,000 km of coastline, and the existence of hundreds of volcanoes, give Chile the potential to become an essential producer of sustainable energy that will boost the country’s economic and social development, but in harmony with nature.

We invite you to learn about some of the sustainable energy projects in Chile and what places of tourist interest you can visit nearby.

DOMINADOR- THE DOMINATOR OF HILLS

The first major generator of sustainable energy in Chile that we want to tell you about is located less than 60 km from the city of Calama, in the north of Chile. The Cerro Dominador solar complex has 392,000 solar panels spread over 1,000 hectares, capable of producing 100 MW, which avoids the emission of around 870,000 tons of CO2 per year. Its central tower of solar concentration is the second tallest building in Chile, with a height of 250 meters (820 feet).). 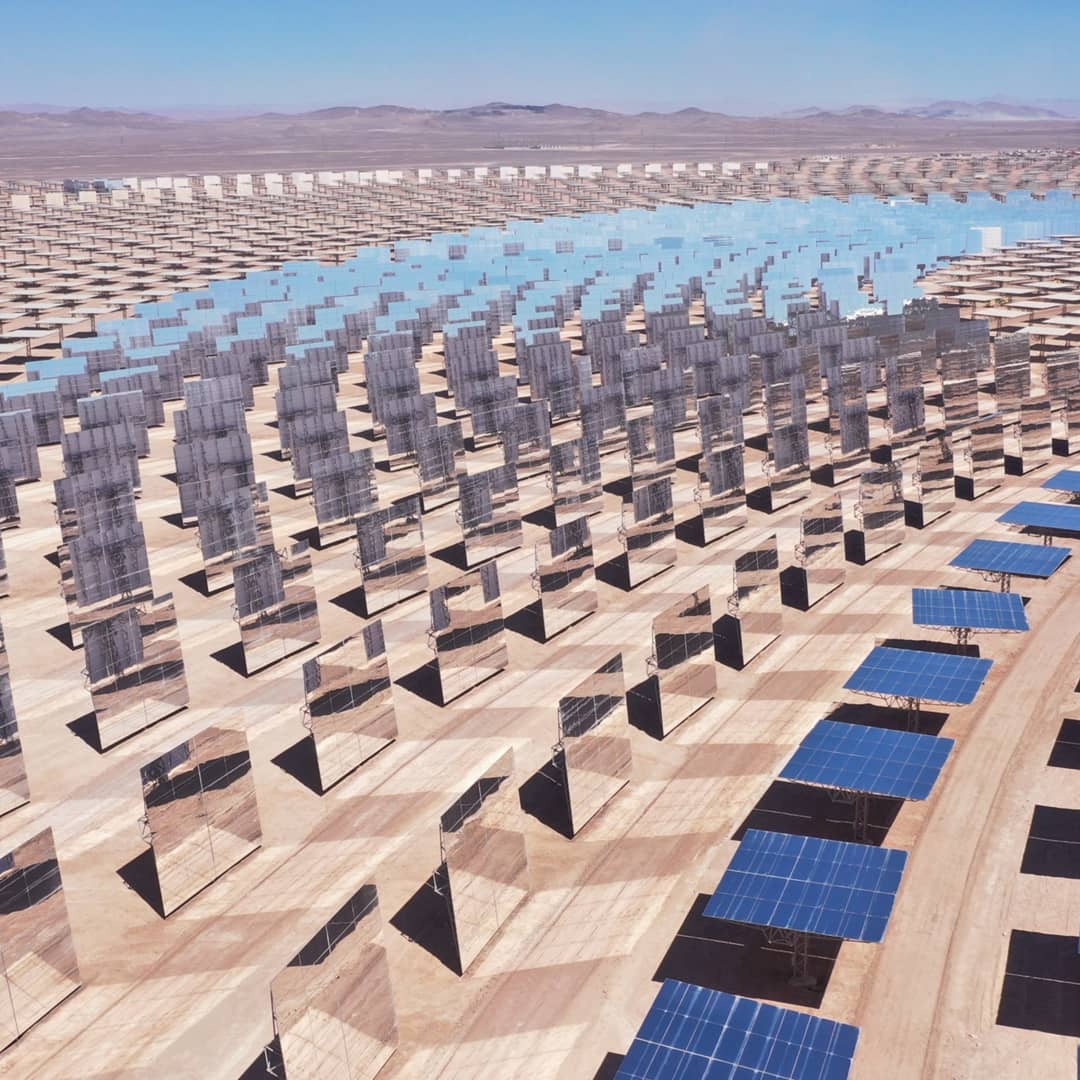 EXPLORE THE DESERT WITH THE ENERGY OF THE SUN

Among the destinations that offer incredible experiences are the Hand in the Desert (Mano del Desierto), the Chug Chug Geoglyphs Archaeological Park, and the Starlight Destinations, a place where you can see the stars like nowhere else in the world. 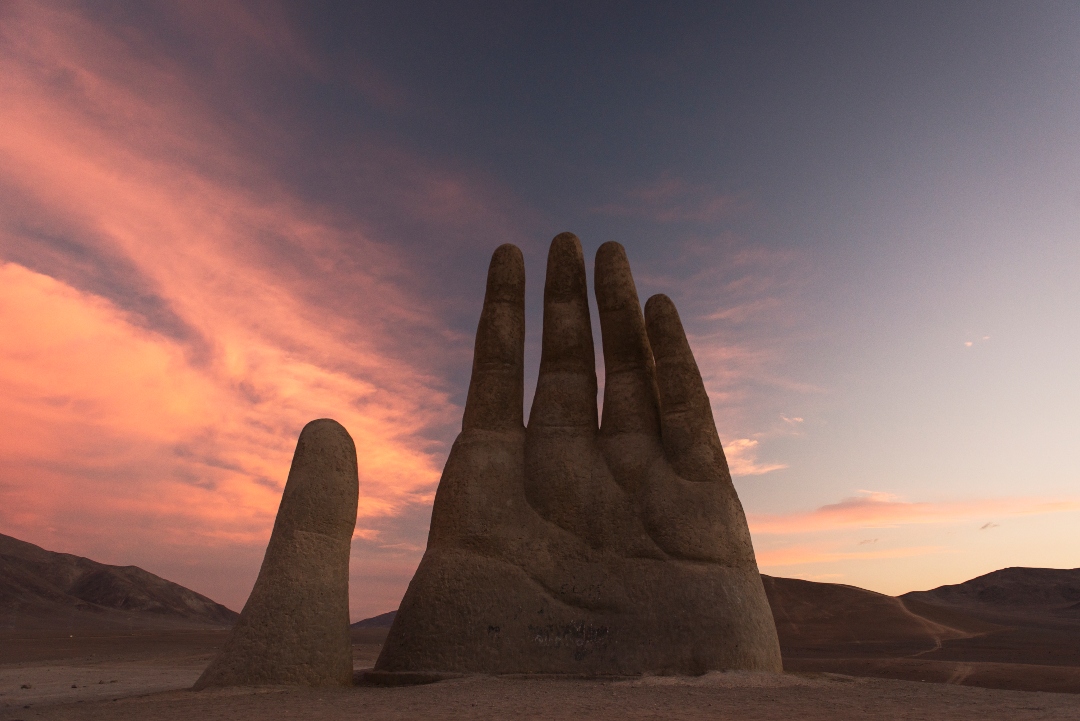 WIND POWER FROM NORTH TO SOUTH

The country’s long coastline and its narrow geography, full of mountains and valleys, indicate that there is an extraordinary wealth of wind from the Atacama Desert to the Chilean Patagonia, which is a tremendous source of sustainable energy.

The San Juan Wind Farm is about 100 km north of the city of La Serena, in the Estancia Chañaral de Aceituno. It has an installed capacity of 185 MW. From here, the Humboldt Penguin National Park and Chañaral island are not far away; neither are the sightings of whales, dolphins, penguins, and cormorant colonies. 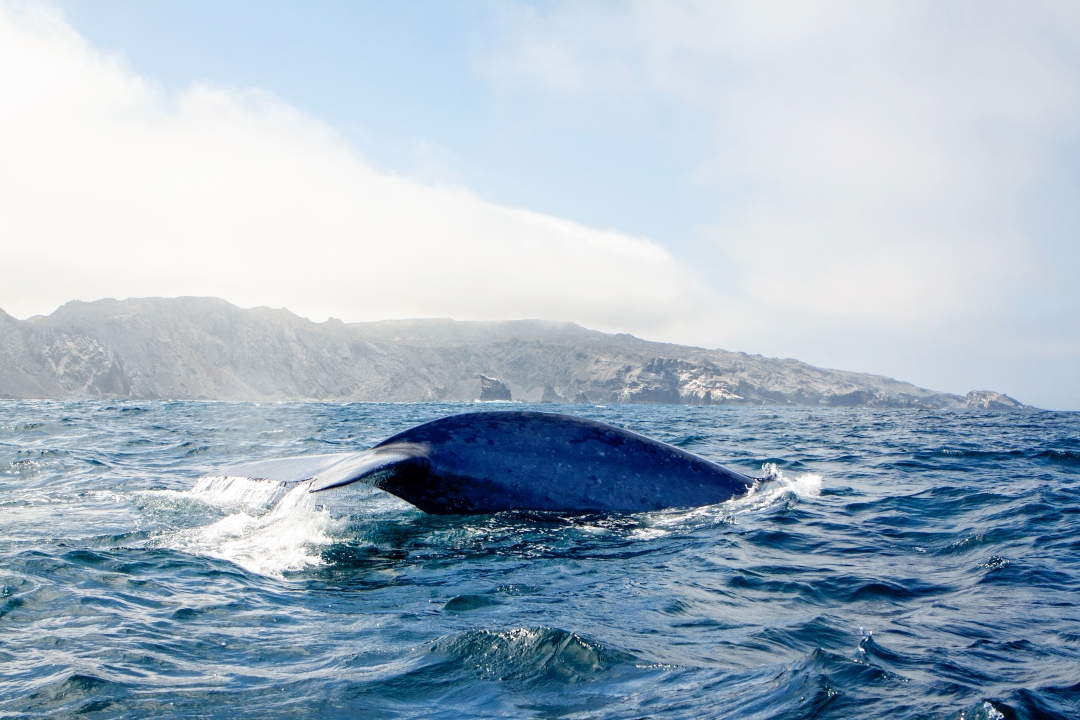 THE WINDS OF PATAGONIA

In Aysén, in the south of Chile, the winds of Patagonia bring energy to its population, in an environment of extraordinary beauty, where there are 19 national parks, reserves, and natural monuments. 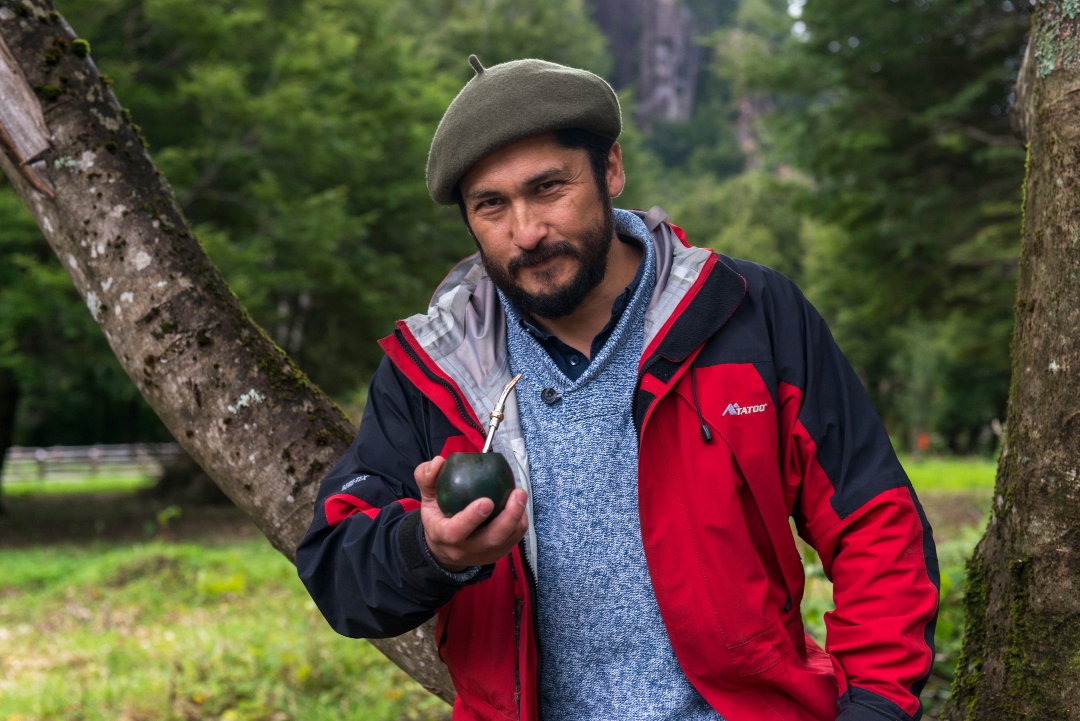 OTHER SOURCES OF ENERGY: BIOMASS, SEAPOWER AND GEOTHERMAL ENERGY

There are more sources of sustainable energy in Chile! Although on a smaller scale, other non-polluting renewable energy sources (NCRE) are developed in Chile in harmony and respect for the environment and its inhabitants.

The former coal mining towns of Lota and Coronel have begun their conversion to NCREs. A biomass plant here will contribute to the generation of clean energy and help meet the goal of mitigating Chile’s carbon footprint.

In Lota, you can visit buildings, parks, and a historical museum to become a little more enlightened about the history of this mining settlement. Coal mining was the primary source of employment in the area and an important part of Chile’s history. 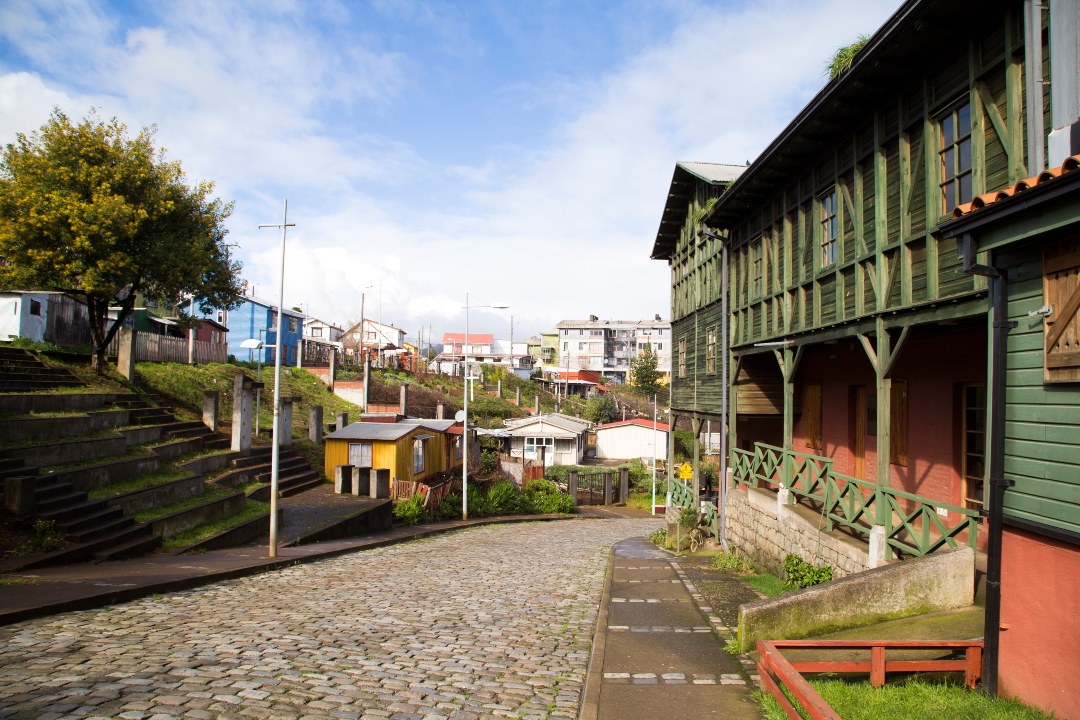 Experts agree that Chile is one of the countries with the most significant potential for generating ocean energy globally. Its gross potential of approximately 164 GW, through waves alone, without counting the tides or the Chacao Channel’s natural energy, is something from which we can certainly benefit.

It’s perfect! Not only does the ocean give us energy, but it also helps us to consume less of the traditional power sources that are contaminating. It has a low environmental impact, low investment costs, and a high degree of energy security.

The Chacao Channel separates the city of Puerto Montt from the island of Chiloé, which is easily accessible by ferry. Soon, the crossing will be possible by the longest suspension bridge in Chile and Latin America, currently under construction. 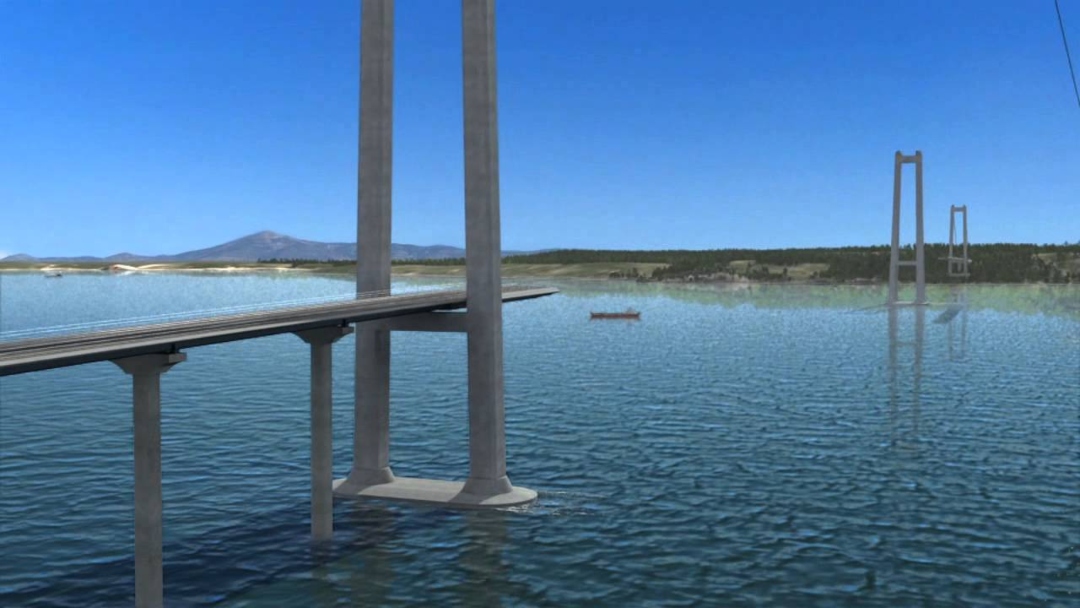 Photo: Government of the Province of Chiloe

MORE ENERGY: THE HEAT FROM THE EARTH

Finally, thanks to Chile’s location within the Pacific Ring of Fire, Chile has a substantial geothermal capacity estimated at 2,000 MW in the Northern Zone and 1,350 MW in the central part of the country. Believe it or not, there are more than 2,000 volcanoes in Chile; 500 geologically active and 200 historically active.

Cerro Pabellón is the first large-scale geothermal power generation project in South America and the world’s highest power plant, at 4,500 meters above sea level., at 4,500 meters above sea level. It is near Ollagüe, in the middle of the Atacama Desert. It aims to produce 340 GWh per year, equivalent to the annual consumption needs of over 165,000 homes, thus reducing the emission of 166,000 tons of CO2 per year.

Sustainable energies use renewable, clean sources, without emissions of pollutants; they are environmentally friendly and help reduce CO2 emissions.

The people manifest through their culture how much power can be found in this country’s diverse landscapes. We want to invite you to get to know and enjoy Chile’s energy!