Places you can’t miss in Santiago: Lonely Planet recommends what to see in the Chilean Capital

“Santiago is the cultural and intellectual center of Chile” according to what the travel guide Lonely Planet had to say about the capital of Chile, and if they recommend this city as a Must-go for travelers, we thought you should know.  Are  you planning your next trip? To help out, here are some of the places you can’t miss in Santiago in order to live an unforgettable experience.

The Chilean capital is at the top of the ranking of the cities with the best Quality of Life in Latin America. Some of the most remarkable highlights are, to name a few, a network of over 20 museums for all kinds of different interests, world class restaurants, a wine producing valley, urban walks, skyscrapers where you can almost touch the clouds from the top of the Sky Costanera, the highest in South America, among other attractions you simply can’t miss in Santiago.

Do you want to know about these experiences in more detail? Pay attention to the places you can’t miss in Santiago according to Lonely Planet.

For those of you who are planning to visit the capital of Chile, the magazine suggests going up Cerro San Cristóbal, either by a historic funicular that runs 485 meters to the “Cumbre” station (“Summit”), located 820 meters above sea level , or by foot, which is a walk of about an hour and a half.

On the way up to the top, and also in the Chagual botanical garden located on a lateral slope of the hill, you’ll be able to see a countless variety of flowers and ranges of green, that you’ll be absolutely delighted if you’re a nature lover.

Native tree species such as the Quillay (quillaja saponaria), the Canelo or cinnamon (drimys winteri), Boldo (peumus boldus) and Guayacán (porlieria chilensis) will attract the attention of visitors who will be in love with Santiago at this sight.

The panoramic view you get once you reach the top of the hill is incomparable: sometimes there’s a bit of fog covering Santiago in autumn and winter, but the nearby financial center, locally known as “Sanhattan” is still visible. With better weather you’ll see the enormous extension of the city and its location within the valley and how the city is surrounded by hills and framed by the impressive Andes Mountain range. Right in front of Santiago, Cerro El Plomo is the highest peak that reaches 5,424 meters above sea level.

Those who visit the San Cristobal Hill will immediately notice the silhouette of the Virgin of the Sanctuary of the Inmaculada Concepción, one of the main religious and tourist landmarks of the city. With her extended arms, she welcomes you to marvel at the view of Santiago.

The Santiago Cable Car, that you can board from the top of the Hill, with its 4.8 kilometer length, offers another spectacular panoramic view of the city and especially of the Metropolitan Park located below. This urban park, the fourth largest in the world, charms tourists as well as Chileans, receiving over 5.5 million visits every year. 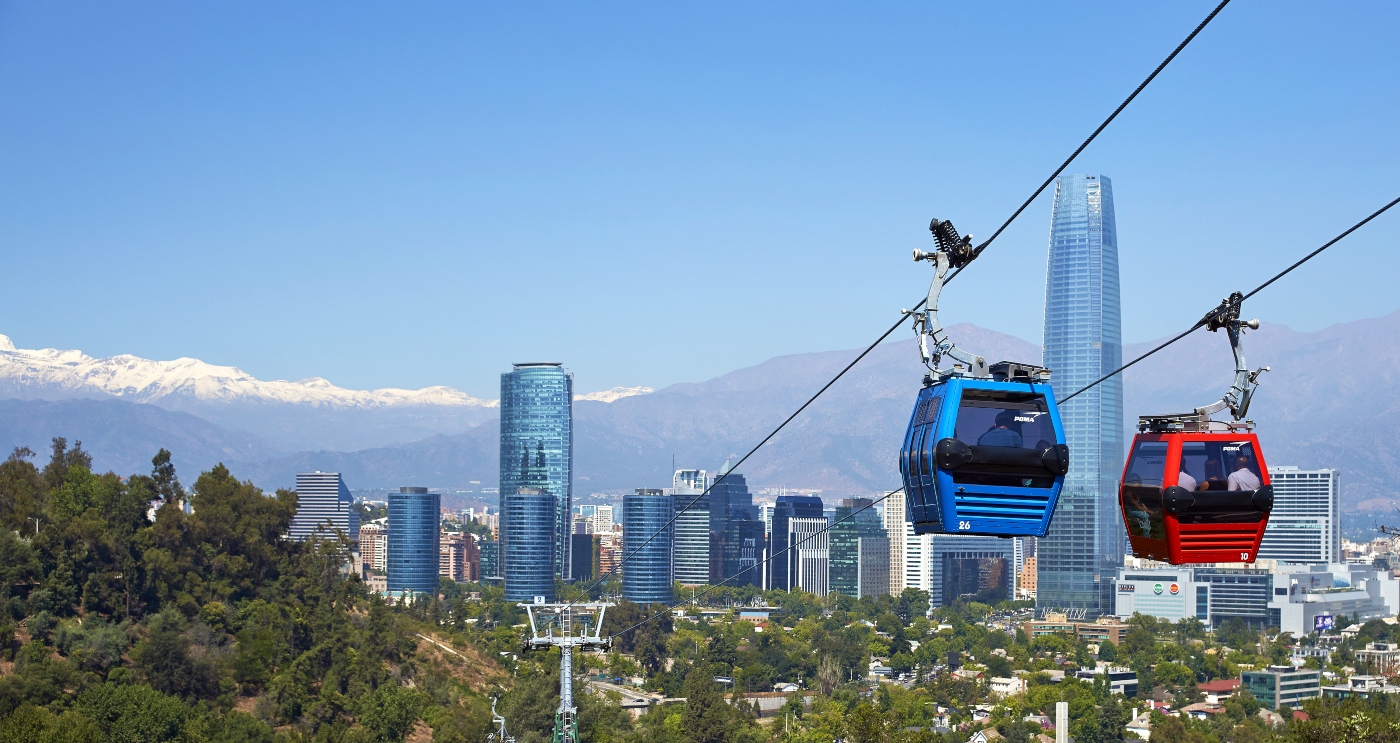 Among the must-sees in Santiago, a contemporary attraction that Lonely Planet invites you to discover is the underground culture and art work of the city.  A private initiative, promoted by the Santiago Metro (subway) and other private companies, has filled the underground subway lines with art, presented to over 2.6 million passengers who use this transportation system daily.

Particularly noteworthy are the fragments of Chilean history embodied monumentally by the Chilean artist Mario Toral who painted several murals inside the Universidad de Chile station (Line 1). Many other paintings, sculptures, mosaics, and photographs populate Santiago’s subway stations and more will be added!

Santiago’s route of Street Art allows everyone to enjoy the colorful works painted on the sides of several residential buildings, making their residents proud.

BARRIO ITALIA: WHAT YOU’LL FIND ON THESE ANTIQUE STREETS

The urbanization and industrialization processes of the late nineteenth century in Santiago gave birth to interesting developments in the city’s different neighborhoods, among which Lonely Planet put a highlight on Barrio Italia because this part of town recollects a fascinating mix of old semi-rural charm with its typical buildings, beautiful residences and vintage stores.

The German magazine  draws attention to the important changes in the Barrio Italia neighborhood in recent years, as it took advantage the historical value and the beauty of its buildings, merging it with modern trends, and  giving way to stylish boutiques, design and book stores, art exhibitions and an attractive gastronomic offer represented by the countless restaurants, terraces on the sidewalk, and small alleys that lead to sunny patios full of cafes.

Barrio Italia’s gastronomic variety also plays a part linking past and present, incorporating different influences that have arrived from neighboring and distant countries and that have been introduced into Chilean cuisine. It’s a mixture of original and delicate flavors which make this neighborhood an experience that will be imprinted forever in your memory. 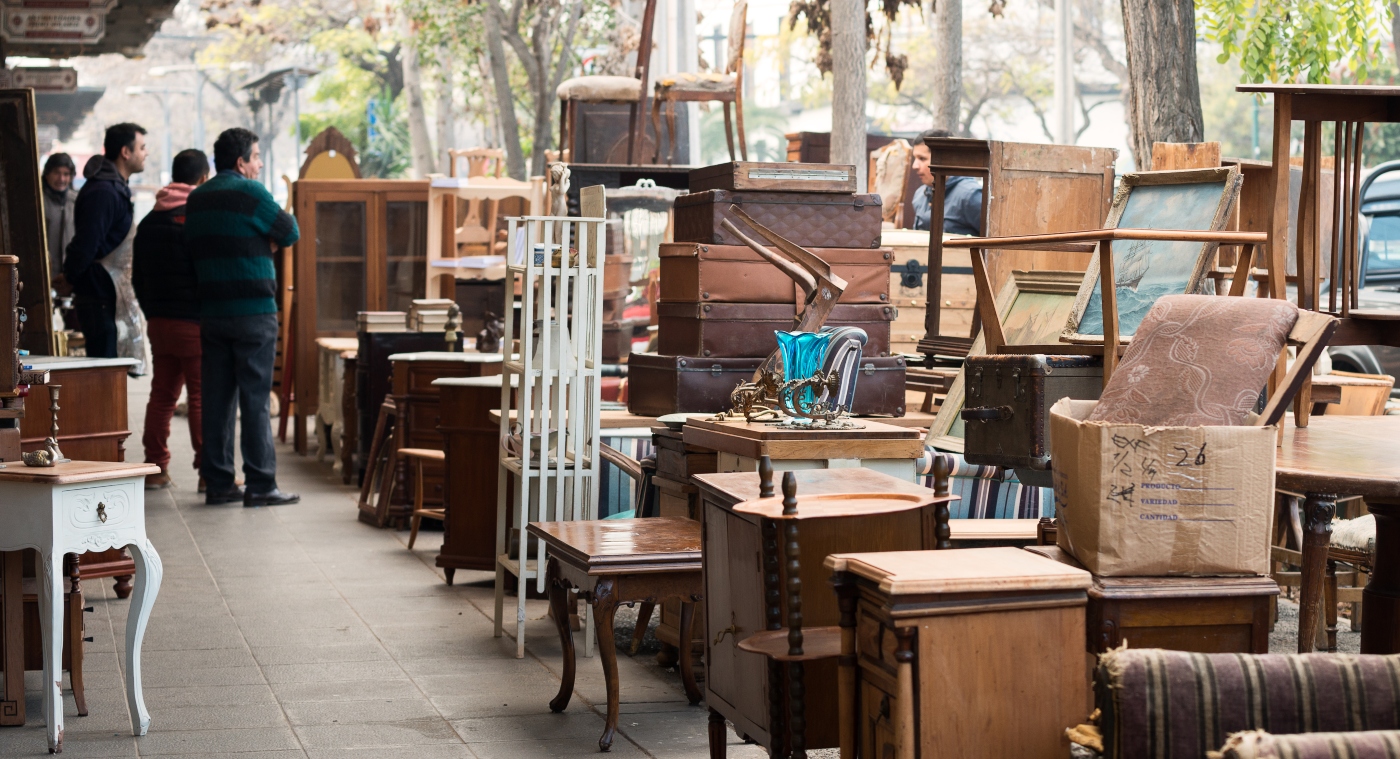 HISTÓRIC CITY CENTER: SO MUCH MORE TO DISCOVER IN SANTIAGO!

Lonely Planet Germany did not exhaust its curiosity in order to discover even more, and to invite you also to learn the secrets of Santiago. There is much to see in Santiago and many “Santiagos” to discover!

For some years now, many big cities have offered bike renting services by the hour, which allow people to move around the streets in a safe, ecological way and be in close contact with every urban detail at the speed of a pedal.  Santiago, with extended bike paths is no exception. But be aware, the use of a helmet is mandatory!

Cycling around historic neighborhoods such as Lastarria, Concha y Toro and Yungay, visiting the La Moneda presidential palace and its park, on two wheels, brings visitors closer to the heart of the capital.

If you prefer something more relaxed, touring the historic city center by foot walk can also become an adventure. Visit the Cultural Center of La Moneda, which was built underground, below the Presidential Palace. It exhibits permanent collections as well as successive national and international exhibitions, workshops, a film library and other cultural activities, all of which complete the perfect stroll around the city.

Not far from there, you’ll pass by the Plaza de Armas de Santiago, the first and most important city square. During the Spanish Conquest, most Latin American cities were designed by the conquerors’ builders (or alarifes) according to the same pattern established in Spain, and Santiago is no exception.

The Plaza de Armas is the heart of Santiago and marks the milestone known as kilometer zero, from which the distances between every Chilean city are measured. Heritage buildings surrounding the Plaza act as witnesses of the History of Santiago and its foundation, including buildings such as the Cathedral, the Post Office, the Municipality of Santiago, and the Museum of National History.

Both during the day and at night, the Plaza de Armas concentrates a big part of the city’s booming life, with its musicians, painters, street comedians, chess tables where retirees gather to share their afternoons under the shade of a tree where they sit and play. And some communities of Latin American immigrants find this Plaza familiar, as it resembles the city squares of their own countries of origin.

The places you can’t miss in Santiago are many. Start by taking your first steps with the help of these recommendations and continue discovering new ones. Take pictures and share them with us, so we can all discover the attractions of the Chilean capital together.