Pichilemu in Mapuche language means “Little Forrest”. Beautiful and calm spa located in the central zone of Chile, in the last decades has become worldwide famous because of the quality of its waves and beautiful landscapes that go from the sea to the mountain range, everything together brings the qualified name: Pichilemu, The World Surfing Capital.

Located in 212 kilometers to the south of Santiago, concentrates the major and most interesting touristic tie together with sport experience in the sea. With its long beaches, rocks and cliffs, Pichilemu has known how to charm the people who have visited it and particularly the surfing lovers.

One the most captivating beaches of Pichilemu is “Punta de Lobos”, which is attracting more national and international athletes international who dare to surf the Break Points of their cold waters.

In fact, thanks to the virtue of the waves in this destination, every year many tournaments and sports events with international relevance. That is why, and with and with well-deserved reason, that Pichilemu it is known as the Wolrd Surfing Capital. 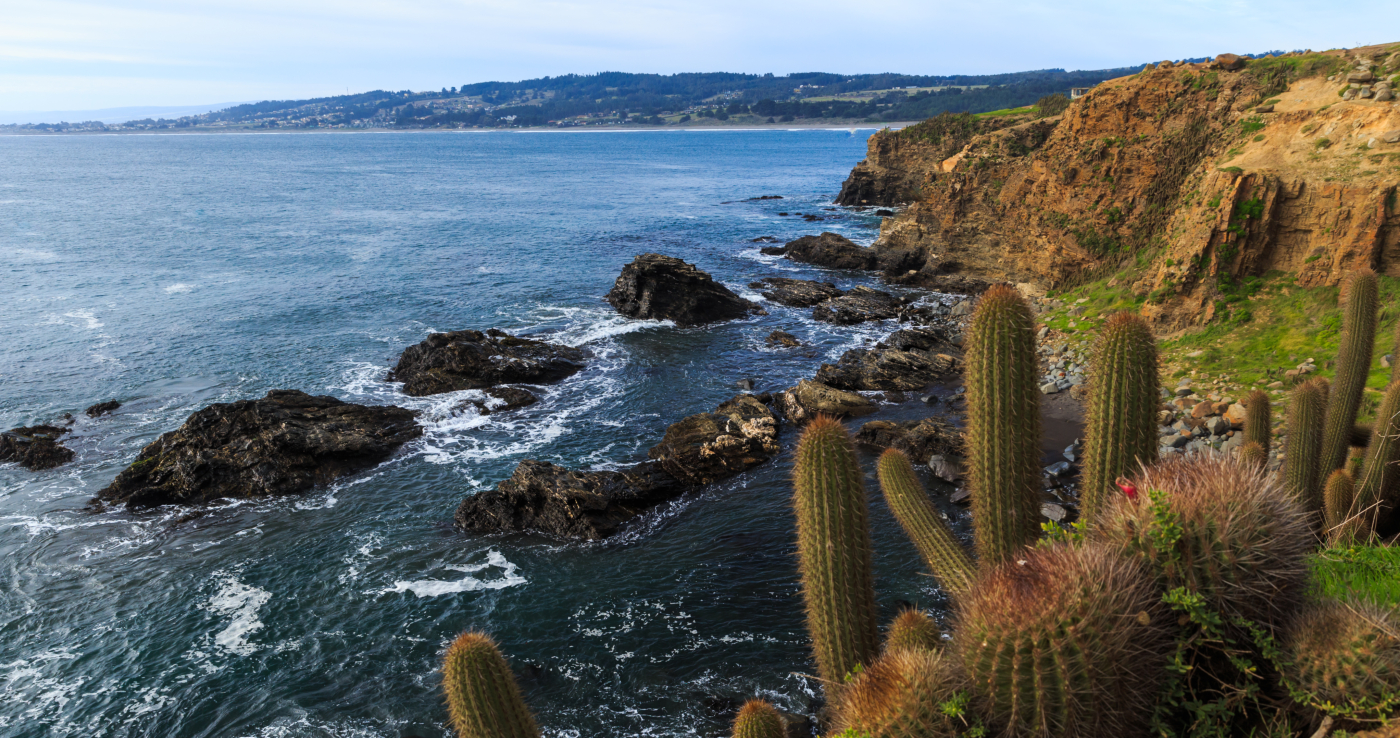 Its epic waves are almost 9 meters heigh, Adrenaline water pipes and unequaled swells (condiions between one wave to another), have transformed Pichilemu in a unique piece a luxury for the adrenaline lovers.

The Pacific Ocean spread in these waves all its splendor in terms of waves. Here is where it is here that an ideal swarm is formed between the waves, the wind and the currents that the surfers know how to take advantage of very well. With respect and knowledge, athletes dedicate themselves for hours to dance on their boards to the rhythm of the waves of the sea, which is why Pichilemu is also known as the Surf Paradise at the end of the world.

Despite the fact there are no two equal waves, the sea behaves in a fairly logical and consistent way. However, it takes time to have the ability to interpret the surface and get to predict the next movements to be able to “run” waves successively. 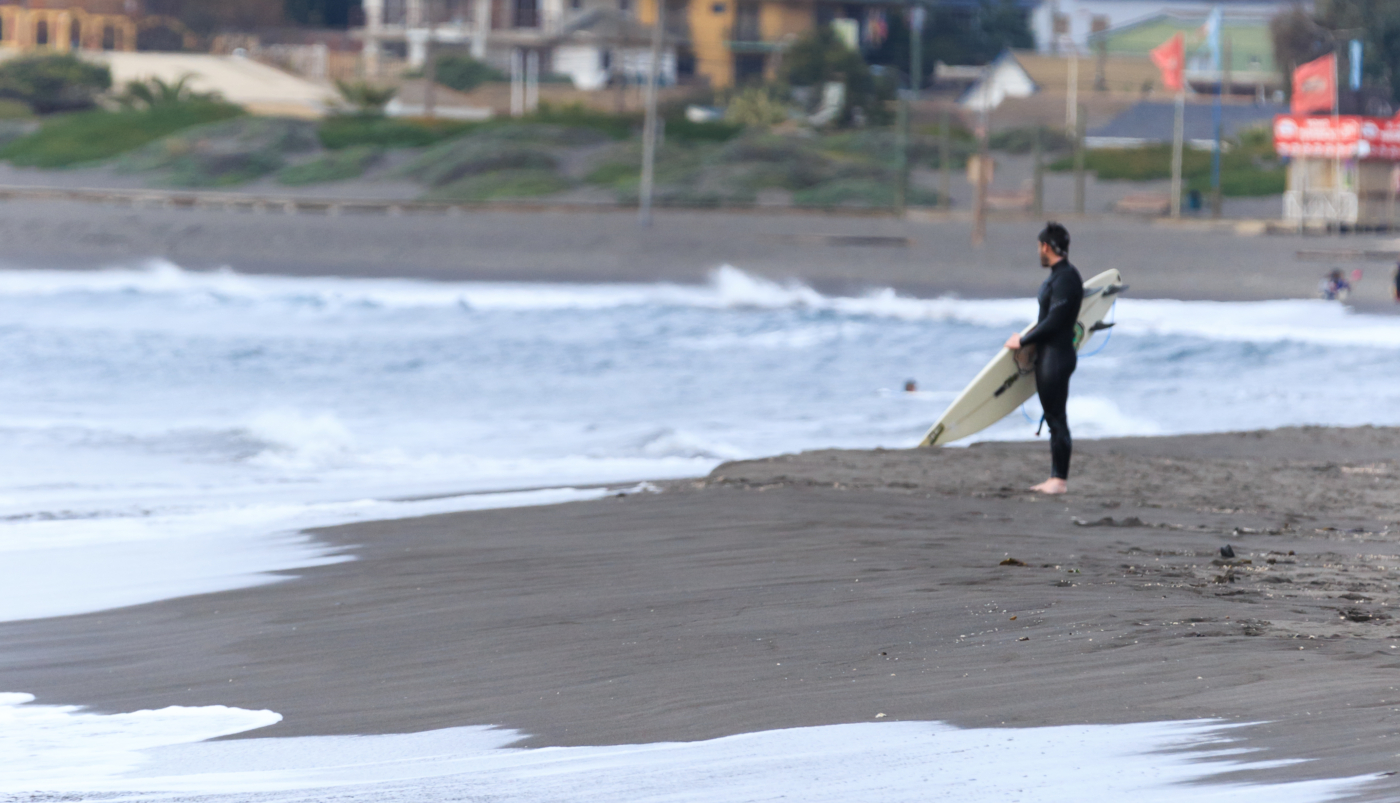 This is why athletes should be trained and gradually increase the level of danger of their pirouettes in the water. In Pichilemu, the world capital of surfing, there is everything you need to practice and get into the discipline: classes for all ages and levels, leasing of material and specialized advice for all tastes.

Moreover, from the age of 9, and even before, children can belong to surf schools and learn to control the table. To achieve balance and establish yourself on a moving table you need practice and perseverance. However, according to the experts, we all have the ability, it’s just a matter of daring and letting ourselves go.

In addition to surfing, on the beaches of Pichilemu you can also practice windsurfing, kite surfing or sailing. And it is increasingly common to see fly fishing on the seashore during the winter months. Panoramas that can be nuanced with horse-drawn shelves rides, or walking tours of the artisan fairs that adorn the streets of the city.

But not only for its extensive beaches and perfect waves is Pichilemu: the World Surfing Capital, this town also offers a series of tourist and historical attractions that must be visited.

This is the case of the Agustín Ross Park, declared National Monuments, which was created in 1855 and remodeled in 1987. It has extensive meadows, pools with lights, centennial palm trees and balustraded staircases that lead directly to the main beach.

Another must-see in the area is the Agustin Ross Cultural Center, which is located on the side of the park and is a two-story building made of foreign materials. There, in 1909, the Postal and Telegraph service and a warehouse were installed.

The centenary building is largely an imitation of the hunting tower of the Palace of Versailles in Paris and stands out for its pronounced slope of the roof covering the entire surface, making it a unifying element.

It also has a games room that worked in the building, informally known as a Pichilemu casino. But it was in 2009 when it became a cultural center and now houses the Agustín Ross Edwards Public Library and Art Gallery.

The Municipal Forest is another outstanding attraction of Pichilemu. It has a beautiful path surrounded by ancient palm trees, aromatic trees such as pines and eucalyptus and 6 hectares of lush vegetation. Being an excellent family outing, it also proposes two tennis courts and a space where circuses and children’s games are installed during the summer season. 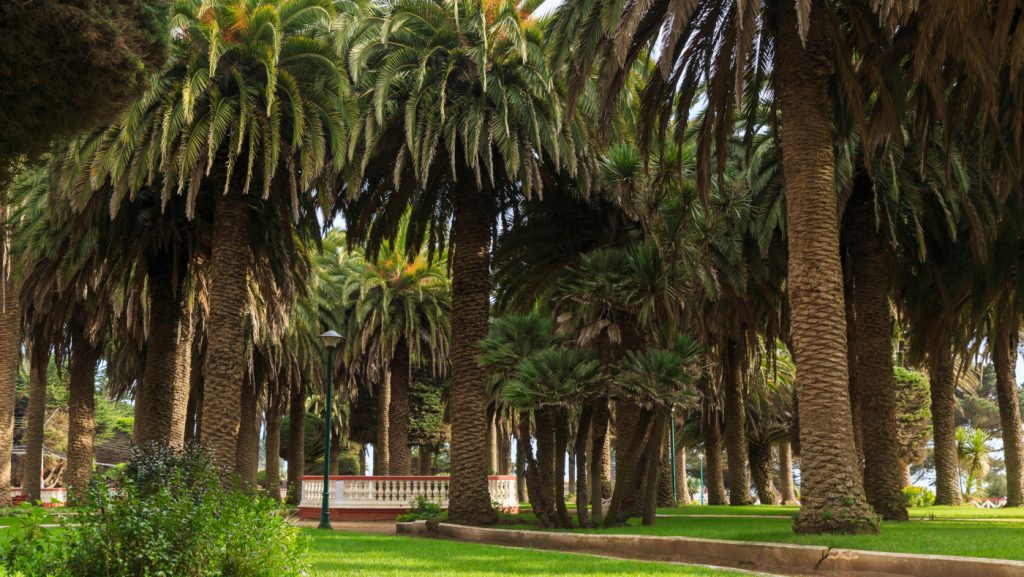 For sun lovers, the recommended beaches are: La Puntilla or Terrazas, known as the main beach, is an extensive and well-equipped beach, with showers, dressing rooms and parking lots. Suitable for swimming and for surfing, it is necessary to know that the wave that runs is very long (approximately one kilometer). Recommended for beginners.

On the other hand, El Infiernillo is a black sand beach and spectacular rocks where it is advisable to appreciate the sunset. It presents greater difficulty for surfers, so it is recommended for more experienced athletes. Here you can surf when the wave is at least two meters high (with less wave size does not break or break very close to the rocks) and waves of up to four meters.

And, as we pointed out at the beginning, Punta de Lobos is located to the south of Pichilemu and as its name indicates it is a point with cliffs of rocks that average 25 m in height and with waves much bigger than in the other beaches. In its rockies it is very frequent to see sea lions.

This beach has been consecrated as the place par excellence of Surf lovers. It is the most extreme place to surf, because to enter the sea you have to walk over rocks, cross a channel with very brave water and climb the hills, to wait for the right moment to jump into the water and surf. As a result, it is not a recommended place for beginners.

Thus, Pichilemu, the world capital of surfing, is an excellent alternative to escape to the beach at any time of the year, since thanks to its tourism development it offers a wide range of quality offers in lodgings, camping, hotels, tourist cabins and restaurants in all seasons. In addition, it offers day and night panoramas for all family members. A place full of charms that perfectly combine countryside, forest, sea and gastronomy.