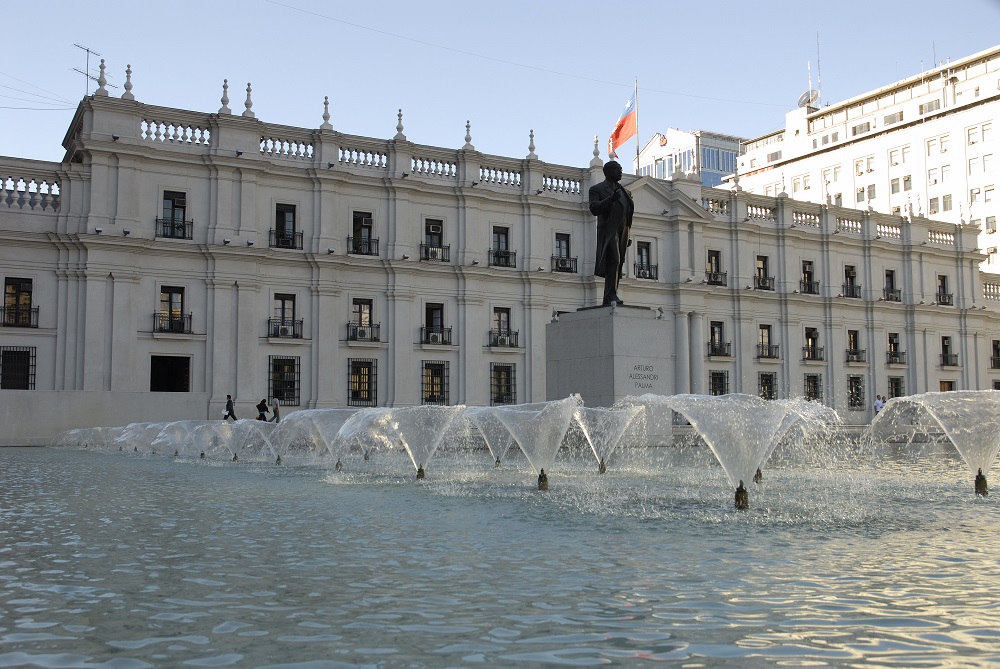 The La Moneda Presidential Palace is one of the most representative symbols of Chilean political history. Designed by the architect Joaquin Toesca, this palace has served as the headquarters of the country’s Executive Power. Inaugurated in 1805, and named the Royal House of La Moneda de Santiago, it was originally used for coin minting. In 1846, the Government moved into this building, where for over a century it was inhabited by the Republic’s Presidents, until 1958. In 1951 it was declared a National Monument.

In addition, the La Moneda Presidential Palace was also the venue of one of the country’s most dramatic historical moments. On September 11, 1973 the building was bombed, and then later it was restored, following the original lines of Toesca.

Although entry to the La Moneda Presidential Palace is only allowed in a guided tour, which must be reserved at least one week in advance, visitors can see the “change of the presidential guards”, explore the magnificent gardens of this neoclassical palace and enjoy the art exhibitions of the Palacio La Moneda Cultural Center, located under the Plaza de la Ciudadanía.

The La Moneda Presidential Palace, central point of the Plaza de la Constitución, is a must for anyone visiting the Chilean capital. It is located in the center of Santiago, only a 10 minutes walk from the Plaza de Armas.