Indigenous people of Chile: a new niche of tourism in our country

As a well-travelled person, you’ll know by now that every corner of the world has its own groups and tribes of aboriginal people, who carry on the legacy of their ancestral roots and traditions. To learn more about their customs and ways of life is to know the country at its heart. That’s why we want to invite you to explore this far corner of the world and discover the Indigenous communities in Chile.

Native people represent 5% of the world’s population and are among the most disadvantaged and vulnerable. That’s why in 1994 the General Assembly of the United Nations, as part of a cultural heritage protection program, decided to commemorate The International Day of the World’s Indigenous People that is observed each year on August 9th.

In Chile, the legacies of the Mapuches, Aymaras, Colla, Quechua, Rapa Nui, Yagán, Pehuenches, Huichilles, Kawashkar and Alacalufes are intertwined on this mythical day when the cycle of life linked to nature is renewed and makes our country a living treasure of ethno-tourism.

Come to Chile and meet our Indigenous people to learn about the country’s beauty as seen from their eyes.

Chile: From its roots

Routes that are linked to architecture as well as to the life style of the Native People, with visits to sacred land, participation in medicinal rituals, cooking classes for the preparation of traditional meals and walks to magic places off the beaten track are just some of the activities that can be experienced on the routes connected with Chile’s indigenous people.

Spend a day and a night with the local tribes to learn about their customs while sitting in front of an open fire listening to their stories and legends.  Sounds pretty good, doesn’t it?

The following is a list of the top places to enjoy the beauty of our country through the eyes of our Native People, who have adopted the practice of ethno-tourism as a way of sharing their culture with the rest of the world.

One might like to choose what is known as the ¨Circuito Colchane¨ in the north of Chile, 200 kilometers from Iquique. This place is representative of the life of the highlands, deeply imprinted with the  Aymará culture, located in the picturesque villages of Cariquima, Chijo, Villa Blanca, Ancuaque and Chulluncane.

Outstanding among its offerings are Isluga National Park, and the thermal waters of Enquelga, which are administered by an Indigenous community who protects its healing water.

Chiu Chiu, situated in the middle of the Atacama Desert, is a place where tourists from all over the world go to see the San Francisco Church. This building, made of adobe bricks and wood, is a National Monument and is the oldest Catholic temple in the country.

From here, you can continue your journey on the Inca Trail via a road used by ancient people and visit attractions like the Inca Coya Lagoon and the Quebrada del Rio Salado.  You must try an Aymará classic dish made with llama and quinoa.  Delicious!

Since you would already be in the desert, a stop at the world’s greenest oasis, San Pedro de Atacama is a Must-See, especially if you want to be in contact with Chile’s Native People.

If you’d like to indulge in the Chilean-Polynesian legacy, Rapa Nui is the place to go.  It’s the birthplace of an unforgettable meeting of cultures that gets stronger by the day! It’s a magic island, where you’ll get a glimpse of our Polynesian ancestors and their lifestyle.

If you want to know more about this culture, visit the Toki Center of Integral Development located a few kilometers from Hanga Roa where free classes are given in the music and traditional disciplines of the Rapanui culture, under the guidance of Mahani Teave, an internationally recognized pianist and guardian of the island’s traditions. 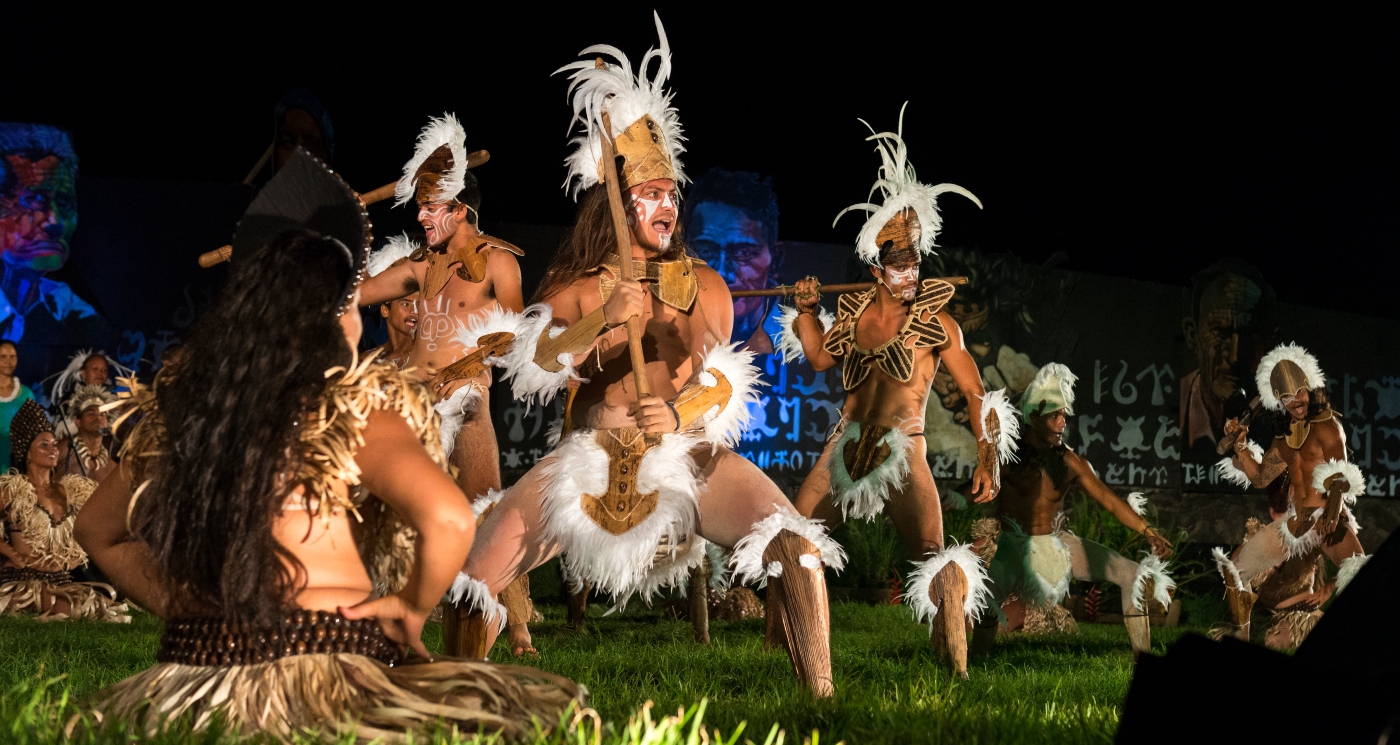 There is so much to say about the Mapuche tribe, for they are famous for their sustained effort to maintain their traditions and care for their lands.  They are, in fact, the true icons as concerns to the diffusion of the Native People’s folk stories and legends in Chile.

There are cultural and tourism services from the Mapuche community in almost all the region of Arauco. Take advantage of learning how to make coffee from ground wheat, flatbread baked in hot ashes, weaving, collecting algae, mollusks and cooking with these products seasoned with spices like merkén, and smoked chili that gives color and typical spice to each dish.

One of the most sought-after experiences among the Native People is the opportunity to share daily life with them in their own homes known as ¨rucas ¨. Here abundant dishes are prepared over open fires surrounded by Cinnamon and Bay Leaves, the region’s traditional trees.  After the meal, it’s common to play a game of Palín, which is an ancestral sport that’s like field hockey, or go for a walk to eco-tourist reserves in native forests or on the volcano trail, and end the day you’ll sit around the campfire listening to the folk tales of the tribe.

Traditions from the past that move to the present

The Aymará elders talk of the old days when, on this date, in the highlands, huge expansions of land were burned as a tribute to the sun. Burning cleaned the fields that were used for cultivating crops, served as fertilizer and marked the beginning of a new growing cycle.

Currently, the celebration is sponsored by the Aymara organizations in Arica.  Feel free to join them in the celebration of the winter solstice with music, dance and prayer to Tata Inti (sun) for light and color for our Pachamama (Earth). 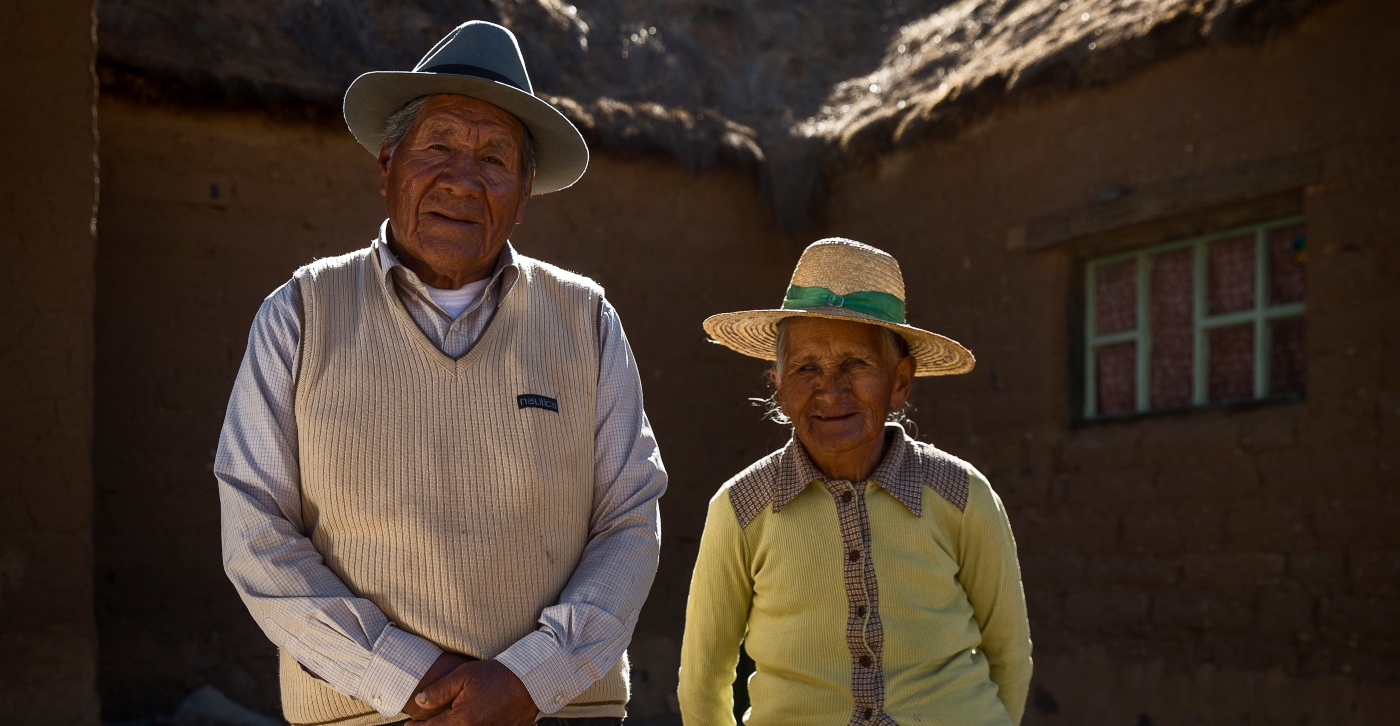 Muday is an alcoholic beverage made from fermented cereal grain such as wheat, corn or piñón seed. It’s a traditional drink of the Mapuche tribe that is similar to corn chicha made In other places of South America.

Palín, a game played among the araucaria trees

Palín or “La Chueca”, as it was called by the colonizers, is a  Mapuche game played by hitting a ball with a wooden stick.  The game has been played and talked about for generations, since it has cultural, traditional and religious meaning coming from the socio-historic context of the Araucano tribe.

I’s principal objective is to fortify the friendship between members of the ethnic group as well as to provide a platform for the children to assimilate their culture and learn the norms of co-existence.

The rules for the game include playing on fields that have an east-west orientation.  The game must be played bare-footed in order to make contact with the Earth, and the tournament is begun with traditional music and dance.

Get involved and you’ll discover a new style of tourism, perhaps more friendly, closer to nature and full of magical experiences brought to you by the Indigenous people of Chile.