Spring is an ideal time for taking a break from our daily routines and getting out of town. Give yourself a getaway and visit charming places that have been much-admired by travelers from all over the world, such as northern Chile that meets all the requirements to live a unique experience. We suggest a 3-day tour around the Coquimbo area to enjoy its beaches, wines and gastronomy.

Discover the virtues and surprises that the so-called “Small North” of Chile hides. Located less than 500 kilometers (310 miles) from Santiago, something like a 6-hour drive, this destination offers its visitors nice weather throughout the year, extensive plantations of vineyards and fruits, and one of the clearest skies in the world for gazing at the stars.

If you’re planning on traveling to Chile, or spending time in the Santiago, then Coquimbo is close enough for an escapade to one of the places with the greatest attractions in the country, with something for all tastes and ages, any time of the year! Prepare your next weekend or make plans for an express adventure to see the sights of Coquimbo in 3 days. Here is the perfect itinerary for a head-start.

One of the favorite touristic places for Chileans- and we’re sure soon yours too- is the city of La Serena and its surrounding areas. Its beaches, coastline and outdoors, where many sports and leisure activities can be enjoyed, as well as its wide gastronomic offer, its beautiful night skies, and many more appeals, make this city a notable destination for those who would like to know the Small North of Chile.

You can start by visiting the well-known Monumental Lighthouse, located at one end of Avenida del Mar. It’s a large tower that emerges as a symbol of the city, from where you can take a pleasant walk along the coast on a trail that extends for just over 4 kilometers (2,5 miles) reaching the city of Coquimbo, with which La Serena forms a conurbation.

Both during the day and at night, this location is a central point of city life, with its many medium-rise buildings that look out upon its 12 beaches, with restaurants, pubs and dance clubs. It’s an entertaining attraction for everyone.

The city also offers one of the most famous traditional markets in Chile: La Recova. In spite of being reconstructed recently, this market is in the same location since 1795. At first, it used to be where chickens and other domestic birds were sold, in addition to other supplies for the young city.

Nowadays, La Recova is a Must-visit for trying typical delicacies made with papaya, the traditional fruit of La Serena, for eating at several local-cuisine restaurants and for getting souvenirs at its craft shops, which continue to give life and color to this market.

Among the arts and crafts you will find here, the most unique are the ones made of “combarbalita”,  a semi-precious volcanic stone that is one of its kind in the world, which have a singular mix of pink, white and grayish-green hues, that the artisans use to make all kinds of beautiful jewelry and objects. 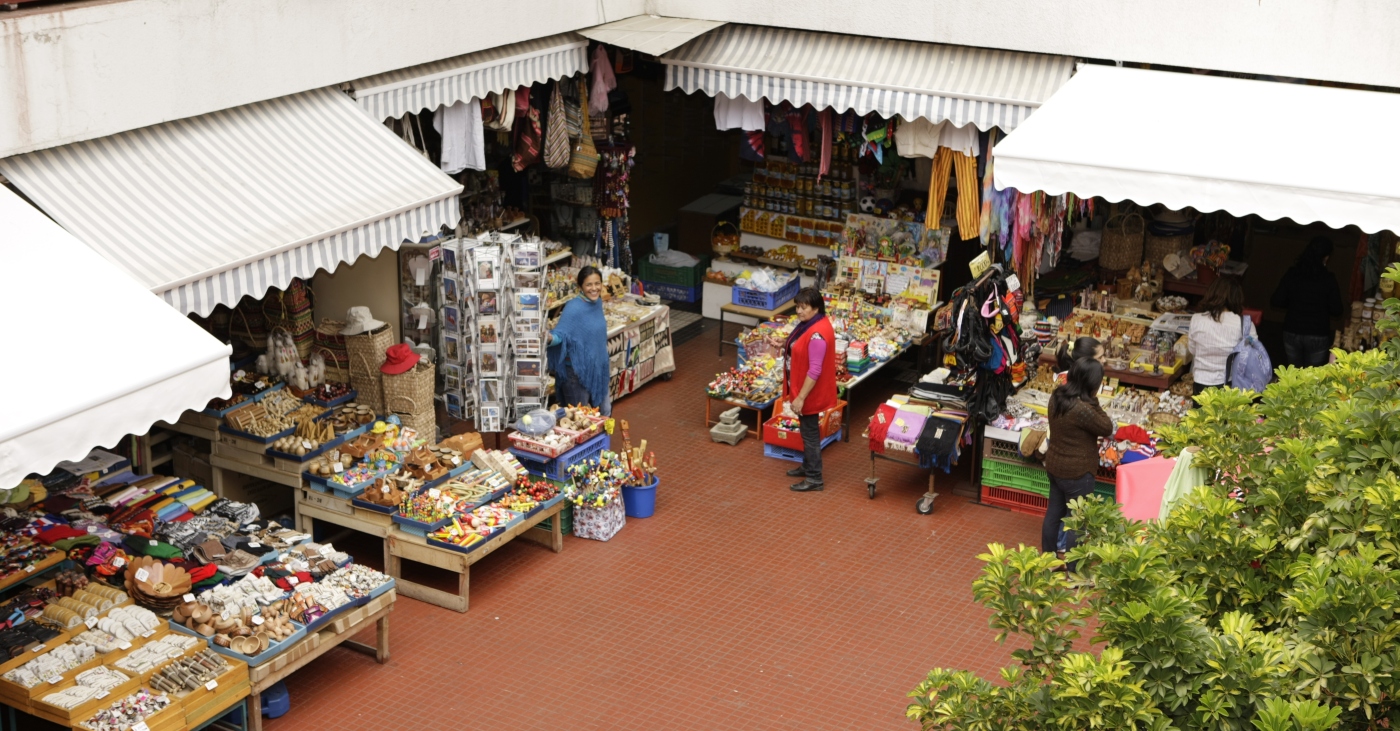 At night, the energy never runs out in the Barrio Inglés (English district), whose core is in the Vicuña Mackenna Square, close to the historical center of the city. The area still has several heritage houses of English architectural style, built in the 19th century, that gives the neighborhood its name.

Going for a stroll to this part of town is a great way to end the first day in La Serena. Here you’ll find the Cultural Center, craft shops, dozens of cafes, bars and restaurants with terraces, where you can treat yourself to a glass of pisco sour and toast to a couple more days of enjoyment in Chile’s small north.

The Elqui valley is a spectacle in itself.  The Valley, deeply carved by the Elqui River (formerly called the Coquimbo River), begins only 15 kilometers from La Serena, from where the road makes its way into the Andes Mountains. It is the perfect place to start the adventure of the second day of the itinerary.

The sun shines more than 360 days a year in the Elqui Valley, a privileged climate that makes the perfect ripening of the grapes possible in order to produce the best pisco and some of the best wines of Chile.

With one of the clearest skies in the southern hemisphere, several international astronomical organizations have installed their observatories here on the summits of the Pachón and the Tololo hills. But for those who love to gaze at the night sky, the spectacle of stars is visible to the naked eye or also with smaller telescopes.

The Elqui Valley’s special climatic conditions, with sunny days and cold nights, as well as its fertile land and protected hillsides, make this the most exceptional wine region of northern Chile.

In addition to the cultivation of grapes for the production of pisco, Syrah is the leading variety planted for the production of red wine, and Sauvignon Blanc for white wine.  Many wineries are open to the public and have wine tastings, tours of their vineyards and facilities, which can be visited entirely in a few hours. 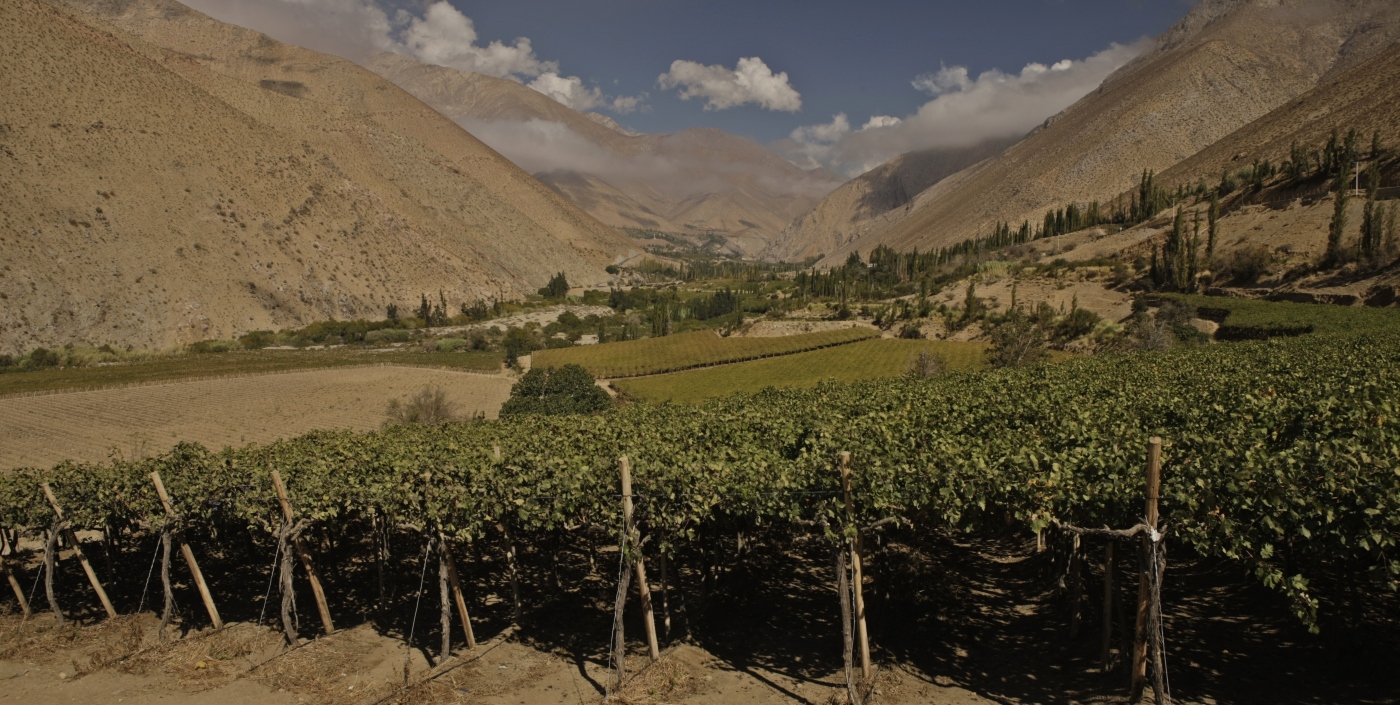 The small and sunny traditional town of Vicuña is the main city of the Elqui Valley. This is where Gabriela Mistral, Chilean poet, Nobel Prize winner in 1945, was born. There is an interesting museum dedicated to her, which is really worth visiting.

If, on day 2, you still have some extra time, we suggest you make a stop at the Puclaro Dam, in the middle of the Valley. Here it is possible to practice water sports such as kayaking, windsurfing, kitesurfing and stand up paddle or, simply, sunbathe on the shore and be mesmerized by the beauty of the landscape.

In addition to all these enjoyable scenarios, the Elqui Valley is known for its mystical energy. The locals say it is caused by the clarity of the skies and the direct light that comes from the stars, which translates into healing energies, giving its visitors a moment of total relaxation and disconnection, which can be further enhanced with the wide range of alternative therapies, meditation and spa centers that exist in the place.

DAY 3  TOTORALILLO: BEACH AND DELICACIES OF THE SEA

And to end your trip to the Small North, we suggest finishing the tour with a refreshing and relaxing day in Totoralillo, a lovely beach just 20 minutes south of La Serena.

A beautiful beach resort, approximately 2 kilometers long, formed by a small peninsula that is divided into two white sandy beaches, with turquoise waters and huge rocks that guard the entrance.

Totoralillo, not only is one of the best kept secrets for beach lovers, it is also one of the most important beaches for surfing in Chile, in third place after Pichilemu and Iquique. In addition, here you can practice recreational diving and sport fishing, since its waters abound with croaker and flounder.

And for those who practice Boulder climbing, the south side of Totoralillo is a well known place for this sport. The shape of the rocks, its mantles and problems, with several leve lof difficulty, delight its visitors and it is not an exaggeration to say that the quality of the rock makes it the best place in Chile for Bouldering. Plus, it is not only for experts, because there is a Boulder School for those who are starting to learn this difficult and physically demanding sport.

Quiet beach for walking and sunbathing, in addition to enjoying the freshest seafood products that the fishermen offer in numerous stalls on the cove and that are also prepared in the small restaurants, where you can taste an assortment of marine products directly from the sea to your table.

Take the liberty to explore this heavenly place, and enjoy the opportunity to taste oysters, seafood empanadas and Chilean ceviche, as well as the local wines that pair perfectly and will give you unforgettable memories.

To finish this tour around Coquimbo in 3 days, enjoy a sunset at the seashore, and conclude your brief, intense and varied getaway in the best way possible. 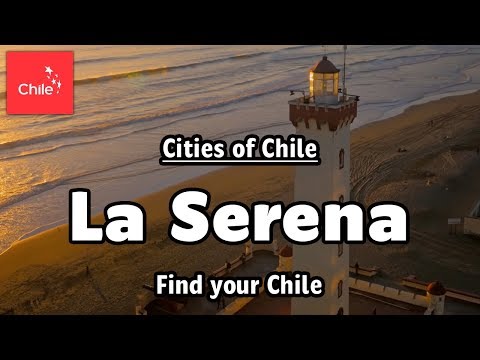