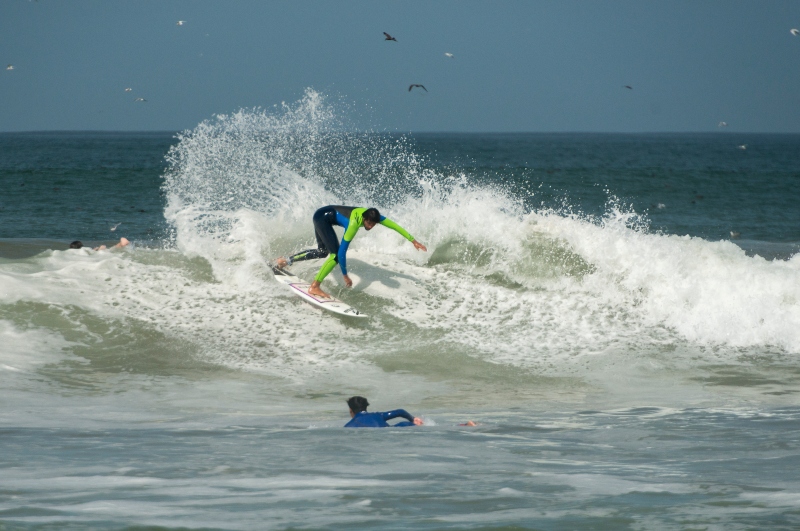 Surfers say that the “Maui And Sons Arica Pro Tour” is one of the best and the toughest surfing competitions in the world, because of the high-level organization, its great infrastructure and because it has the perfect wave for surfing, known as “El Gringo” (also called the Chilean pipeline) and the competitors are among the best pro-surfers.

Every year the “Maui And Sons Arica Pro Tour” is held between May and June, and it generates great expectations in the world of surf due to the interest in the advanced competitors from around the planet.

An event that you won’t want to miss if you like surfing and if you want to enjoy the beautiful beaches of northern Chile!

The competition takes place on the former island called El Alacrán, which was declared a National Monument, and it’s located in front of the Morro de Arica, another icon of the city of Arica in northern Chile. The city is also famous for being the city of “the eternal spring” given its warm temperatures during the entire year.

For the last 10 years, this great event is held every year in Arica, and has become one of the most important championships in South America.