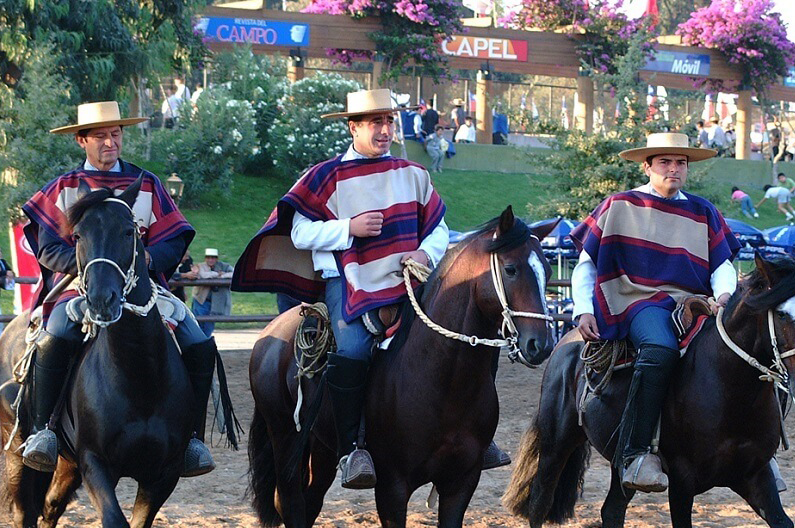 Every year, on September 18th, Chile celebrates Independence with a bang to commemorate the beginning of the independence process from the Spanish Crown. Commonly known as “el dieciocho” (because of the date), most of the celebrations take place around the 18th and 19th, but the festivities can last up to a week. Most Chileans celebrate with barbecues and “fondas”, enjoying traditional food and drinks like empanadas and chicha. The fondas are parties that usually take place in big areas and parks. The biggest fondas, like the ones in the O’Higgins Park in Santiago, gather hundreds of people under their festively decorated tents with their joyful ambience and the rhythm of the national dance, the cueca.