Discover the popular fascination with the Fungi World in Chile

The Fungi world has become a social network phenomenon, with avid photographers searching for the best and rarest mushroom specimens of Chile.  In our country, there are numerous species that belong to the national Fungi Kingdom, which in addition to standing out for their colors and shapes, are also key players in balancing the biodiversity of the Chilean nature.

The local NPO Mycophiles has been dedicated to the study of these species and explains the relevance of their role, such as the fact of being responsible for the decomposition of dead organic matter present in several ecosystems.

“The fungi form mycorrhizae in approximately 90% of vascular plants, which allows them to grow under better conditions, have more resistance to pathogens and connect trees in the forests to exchange nutrients and information that allows them to defend themselves,” the NPO says.  This phenomenon, which is a type of symbiosis between fungi and plants through the roots, is a wonderful way in which the Fungi world collaborates with a healthy and strong ecosystem. 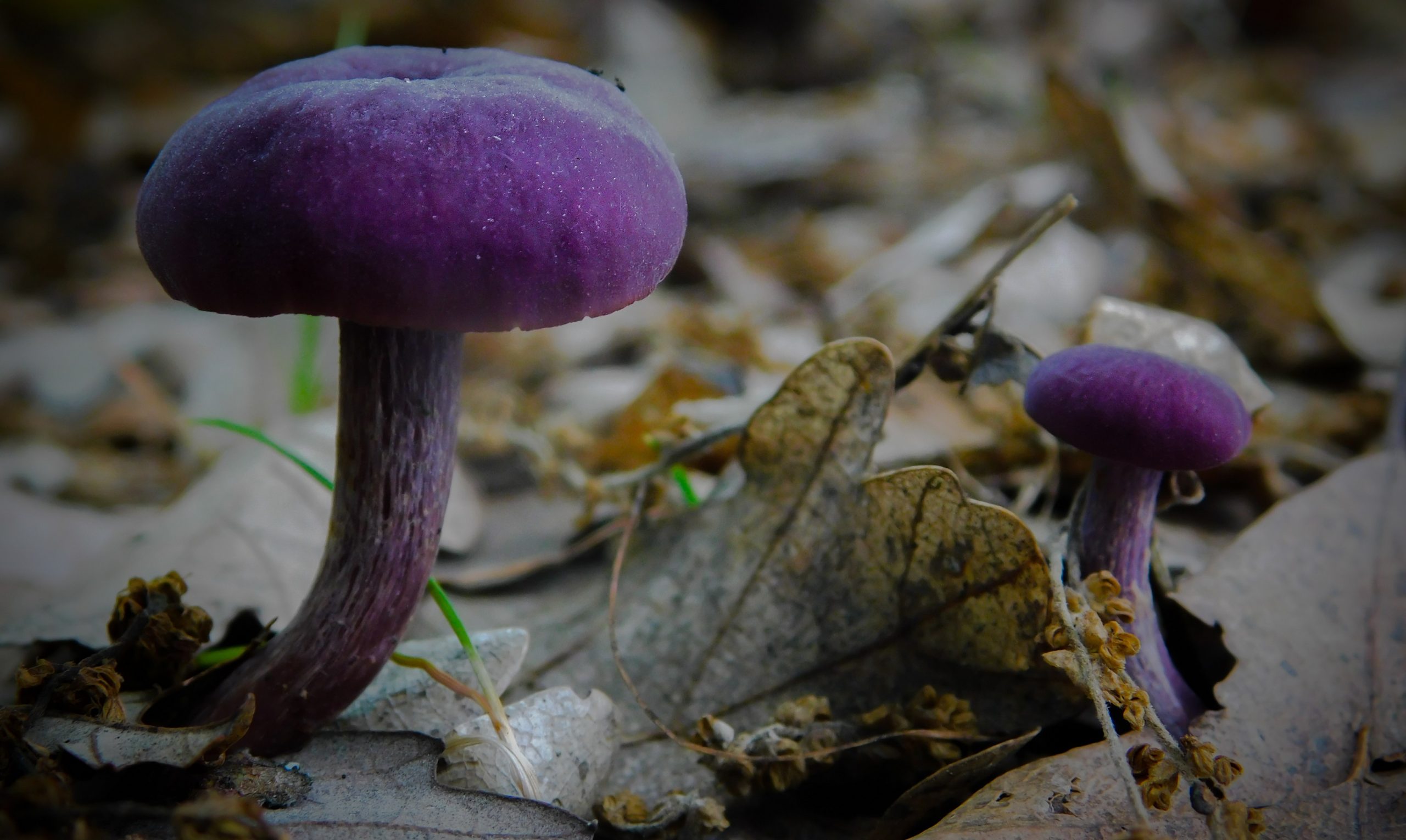 In addition, there are saprotrophic fungi that recycle nutrients and parasites and control populations to prevent the dominance of one species over another.

Mushrooms in Chile are an essential part of the balance and well-being of multiple species of local plants that, in addition to their particular beauty and attractiveness, add more and more followers who want to learn more about them.

In this article, we will tell you about the most characteristic wild mushrooms in Chile, selected by experts, and where they can be found and photographed.

“This small mushroom stands out for its amazing blue color that leaves no one indifferent when found”, says Micófilos.  It can be seen on various decomposing trunks, such as in the coastal sclerophyllous forest, but its minute size (2 centimeters) makes it very difficult to capture.

It is found in large areas from central Chile to Patagonia and it is important to note that it is not edible. 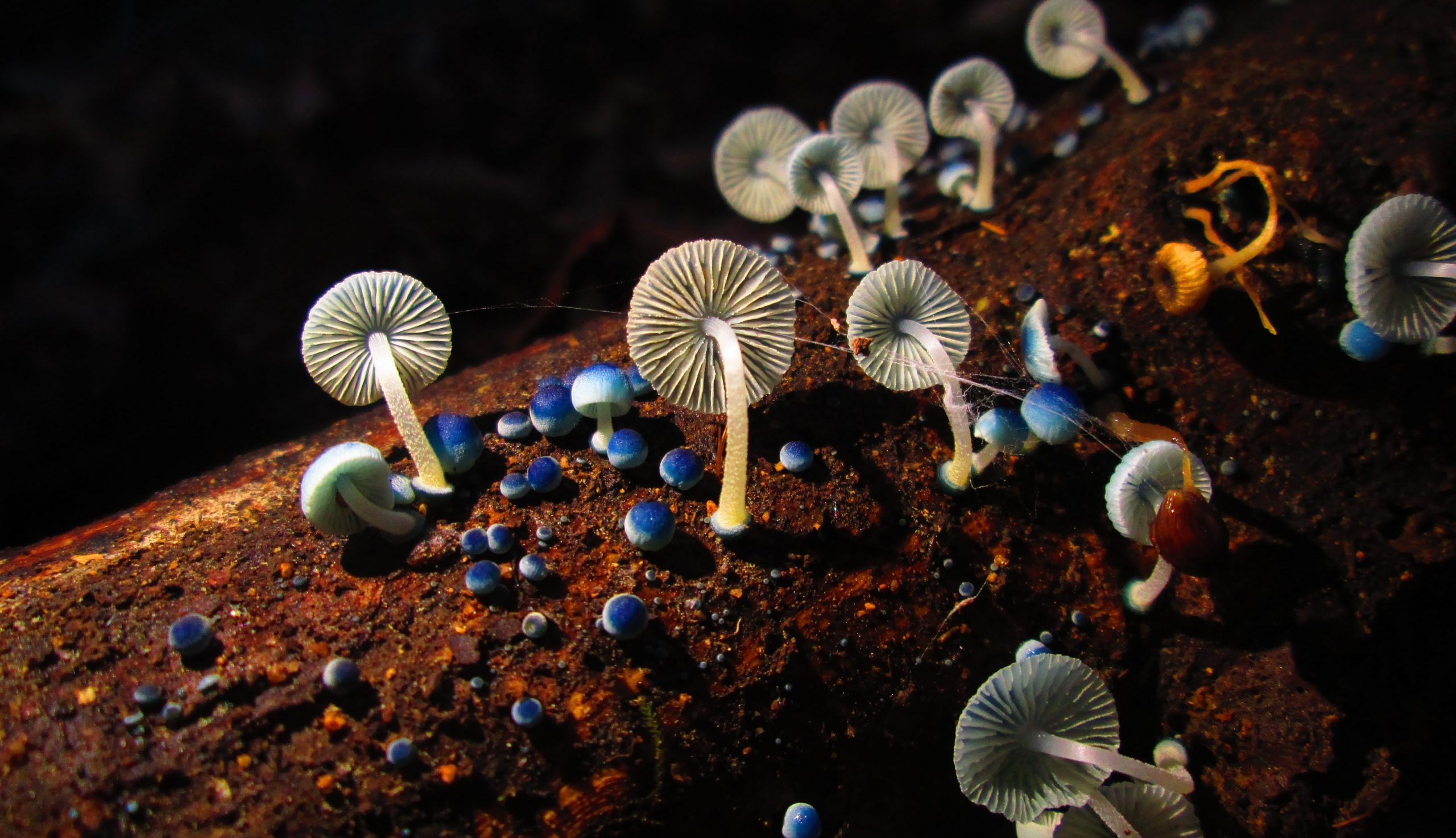 Beautiful green mushroom that, like the previous one, is very small in size.  According to the Ministry of the Environment it is in a significant degree of threat, being deforestation the main danger.

Fans of the Fungi world look for this little mushroom as a great treasure, as it is usually very rare to find.  It can be found in Chiloé and it grows from the Biobío to the Los Lagos areas and very often, due to its particular color, blends with the surrounding vegetation. 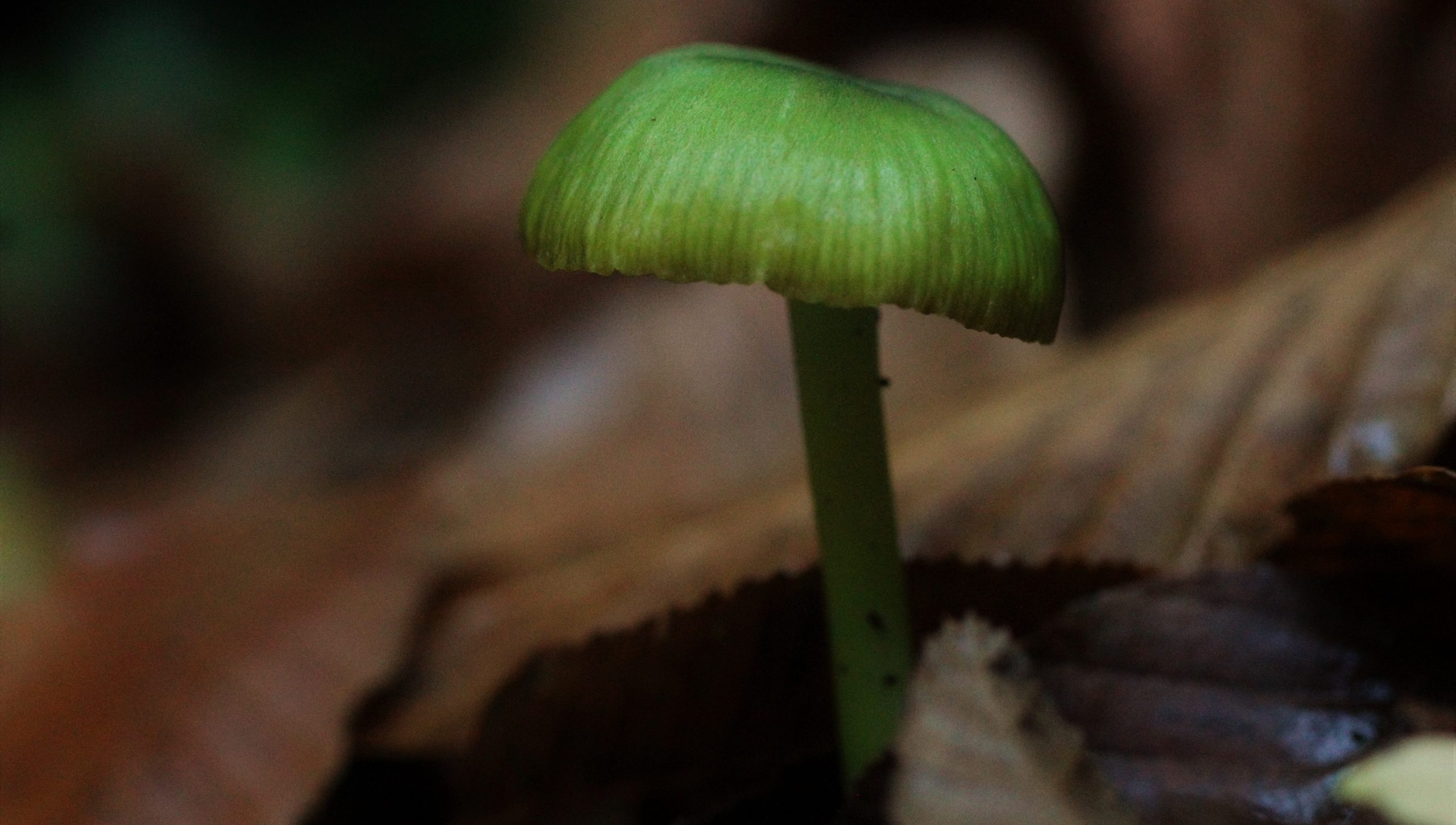 One of the most popular mushrooms is probably the best-known mushroom in the world, for its unmistakable red hat with white spots.  The NPO Micófilos highlights its beauty, but they mention that it is a species imported into our ecosystem, which has already been found within native forests and has the potential to displace native species.  In addition, it is often consumed for recreational purposes, since it has psychotropic properties. “Its consumption is totally discouraged, as it contains toxins that damage both the nervous and gastrointestinal systems,” they warn.

Its followers can find this cosmopolitan fungus in certain areas of Biobío.  It can reach almost 20 centimeters in length and grows in forests close to tree roots, exchanging mineral salts and substances.  It can be seen mostly during autumn and winter months. 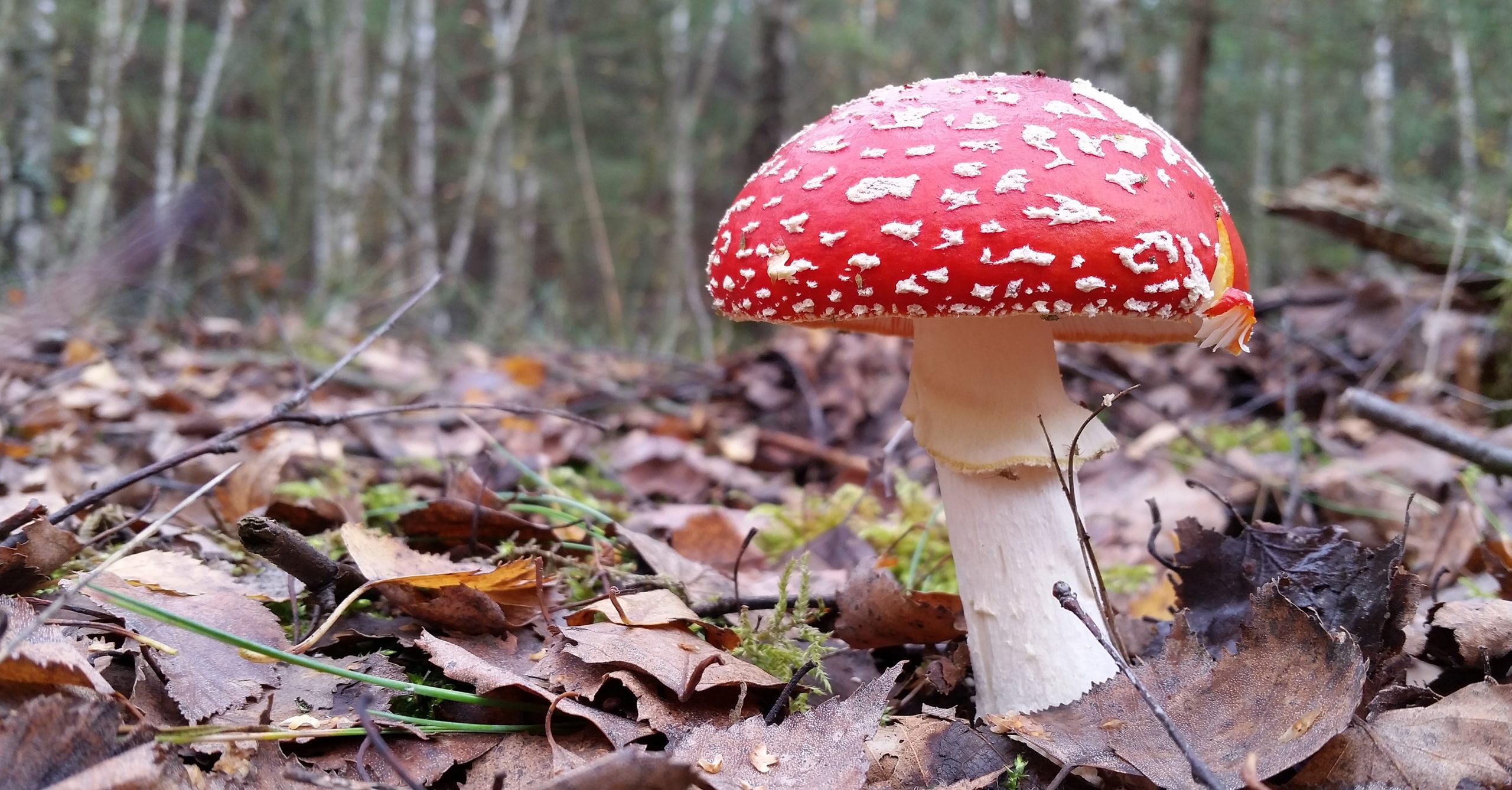 A striking fungus that is seen during the months of January to May and grows near trees mainly Nothofagus trees, close to their roots.  It is a beautiful species of a striking purple color, which makes it a favorite of followers of the Fungi world.

It can be found from the Maule area to Magallanes and, like other species, it is very small in size and its main threat is deforestation.

This lush, curly mushroom is the only one in the selection that’s edible!  Its taste is described as strong and sweet.  It has a nice, firm texture and is widely used in soups, as well as in stir-fries and spicy baked goods.

The experts of the site www.hongos.cl say: “It is important to collect it in good condition, because if it too ripen its features will change and will cause an upset stomach.”

It can be found in the areas of Biobío and La Araucanía and its growth is restricted to branches and stems of standing or fallen Nothofagus trees. 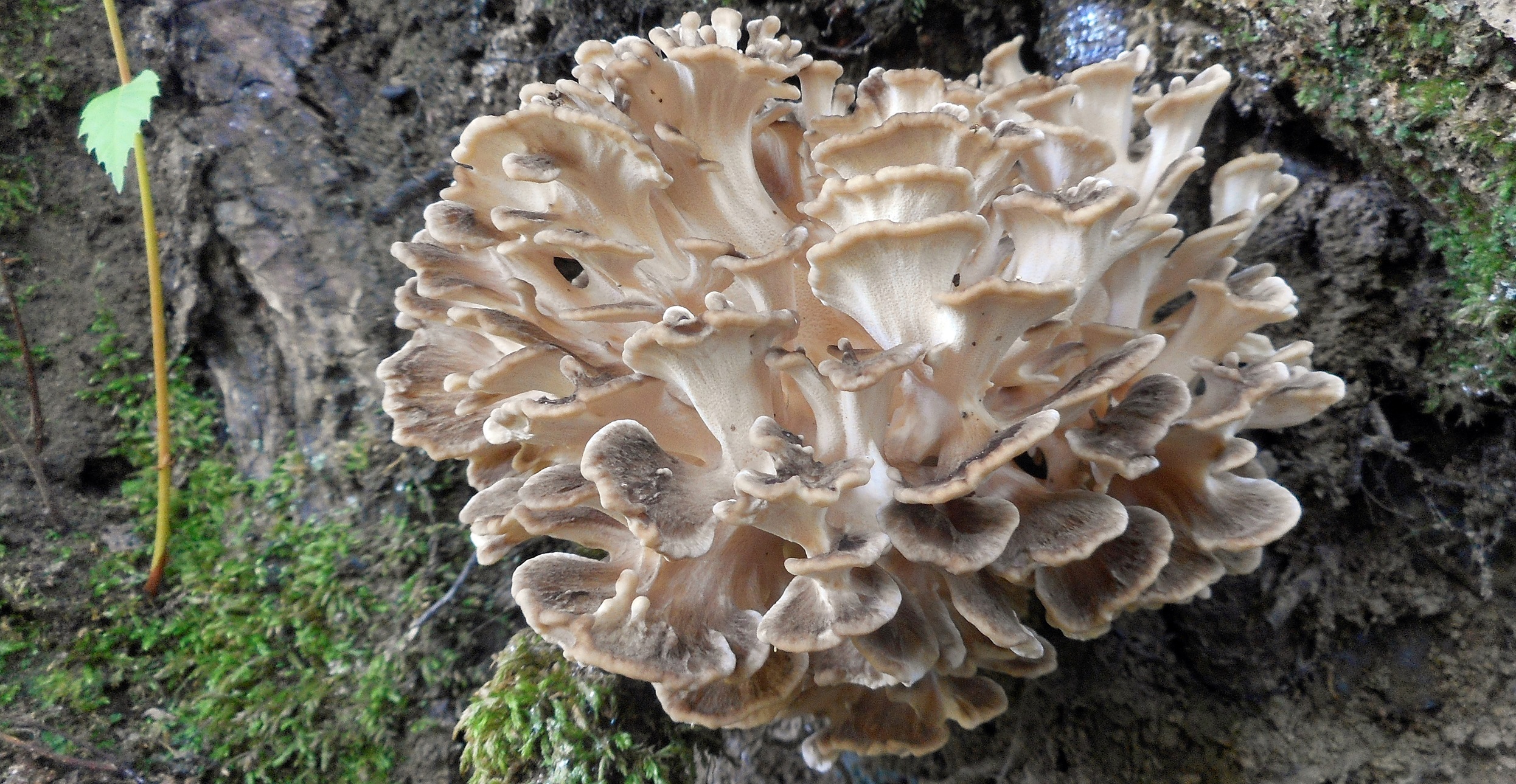 Another favorite of photographers in the fungi world, which is also very hard to find, is this bright orange mushroom that can be seen in forests located in coastal areas, such as the Fray Jorge Park in the Coquimbo area.

It is a medium-sized fungus and grows on dead logs in the shady and moist ravines of the coastal sclerophyllous forest between Fray Jorge and the Maule area.  It is quite scarce and unfortunately, it is seriously threatened due to the heavy degradation of its habitat.

This beautiful, tiny fungus is one of the most popular among followers of these fungal species.  It is warm reddish to pink in color, with a small cap and long stem, making it one of the most iconic mushrooms in existence.

It can be seen in the southern zone through the Chilean Patagonia and it grows in the soil of the area’s forests.  Not endemic to Chile, as it is found in many other corners of the world such as the northern hemisphere and Oceania.

This species of fungus is native to Chile and Argentina and their bodies are shell-shaped, orange in color, with striations.  They are distributed in groups along the dry branches of several native tree species and can be seen in forests in areas between Coquimbo and Biobío.

As they grow on dry branches or dead tree trunks, their function contributes to the decomposition of dead wood, collaborating with the entire ecosystem.

Thanks to ONG Micófilos