Among all of Chile’s great foods, the “completo” is one of the most loved by Chileans. We love our completos so much that every May 24th, we celebrate Completo Day to commemorate our notorious hot-dog.

It doesn´t matter how old you are or where you’re from, whether you have high standards or if you’re a picky eater, completos are always welcome thanks to their versatility and all the ingredients you can put on them.

That is why today we want to tell you everything there is to know about this food you could find on almost any menu in Chile. 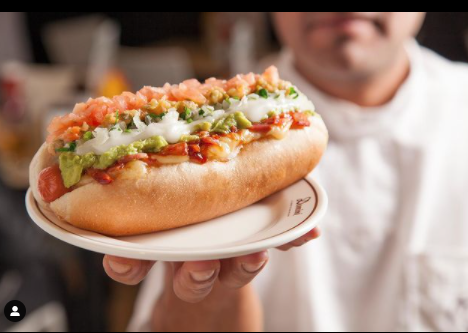 A type of sandwich that has history

Like everything in life, this delicious dish has its origin. On Completo Day, we want to tell you about it so that the next time you come to Chile and indulge in your favorite kind of completo, you can tell your partner how it was born.

Completos arrived in the 1920s by the hand of the merchant Eduardo Bahamondes, who got to know hot dogs in the United States and liked them so much that he wanted to replicate them in Chile, at his restaurant. This is how “Quick lunch Bahamondes” was born, located at the Fernández Concha Portal, in Santiago’s Plaza de Armas (downtown plaza). 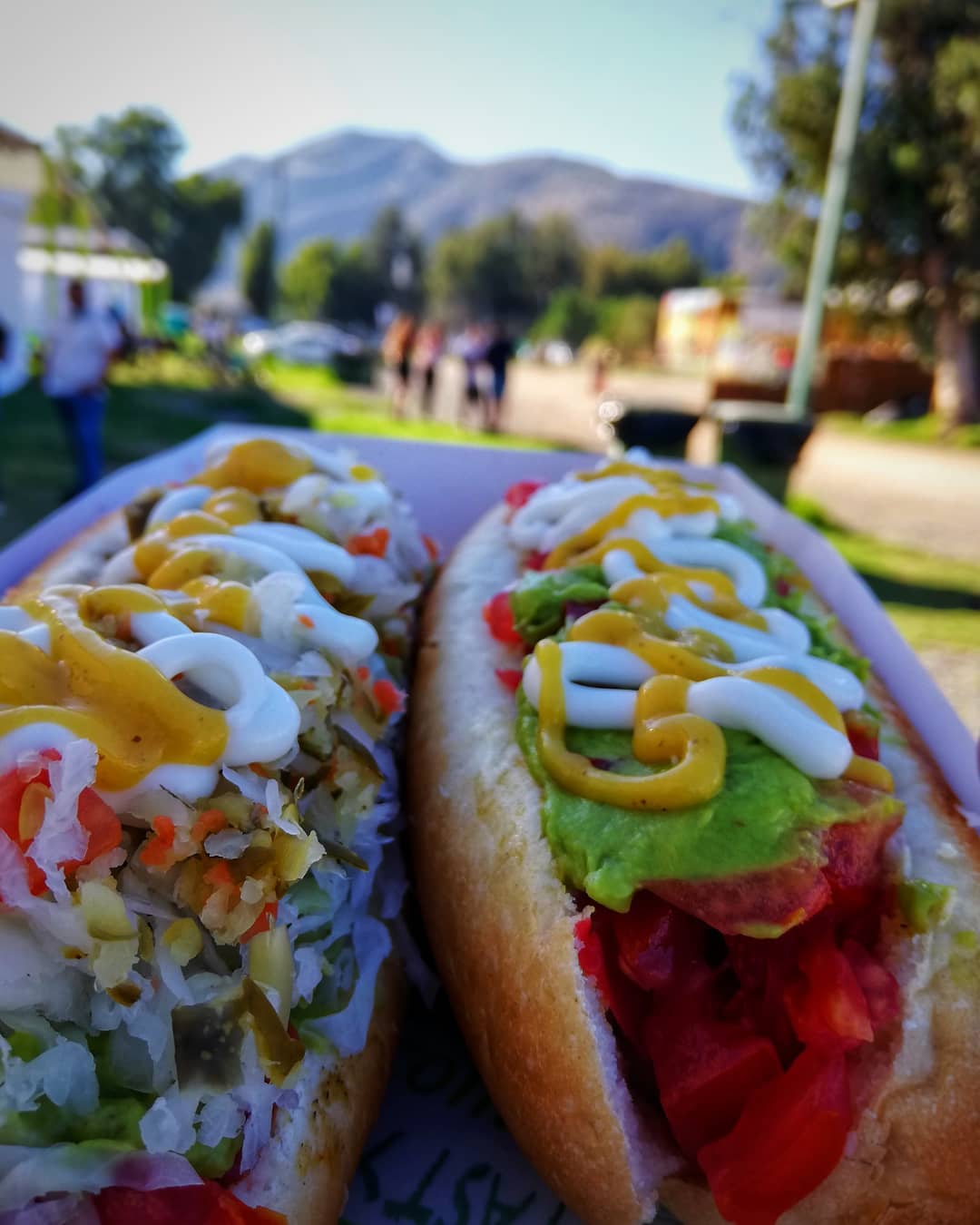 However, Bahamondes put a great twist on the classic North American recipe since mustard and ketchup weren’t among Chileans’ favorite tastes. That is why he prepared a “hog dog” with new ingredients, such as tomato, avocado, sauerkraut, onion and parsley and called it “completo”, meaning complete, because he put almost everything on it.

It was so well accepted that imitations and variations began to turn up. Now, almost every restaurant has its own version, with names to distinguish them from others.

There is one for every palate

As we mentioned in the beginning, after completos became more and more popular, several versions began to emerge. One of the most traditional is the “completo italiano” (Italian completo), which receives its name because the colors of the mashed avocado, diced tomato, and mayonnaise are the same as the Italian flag. 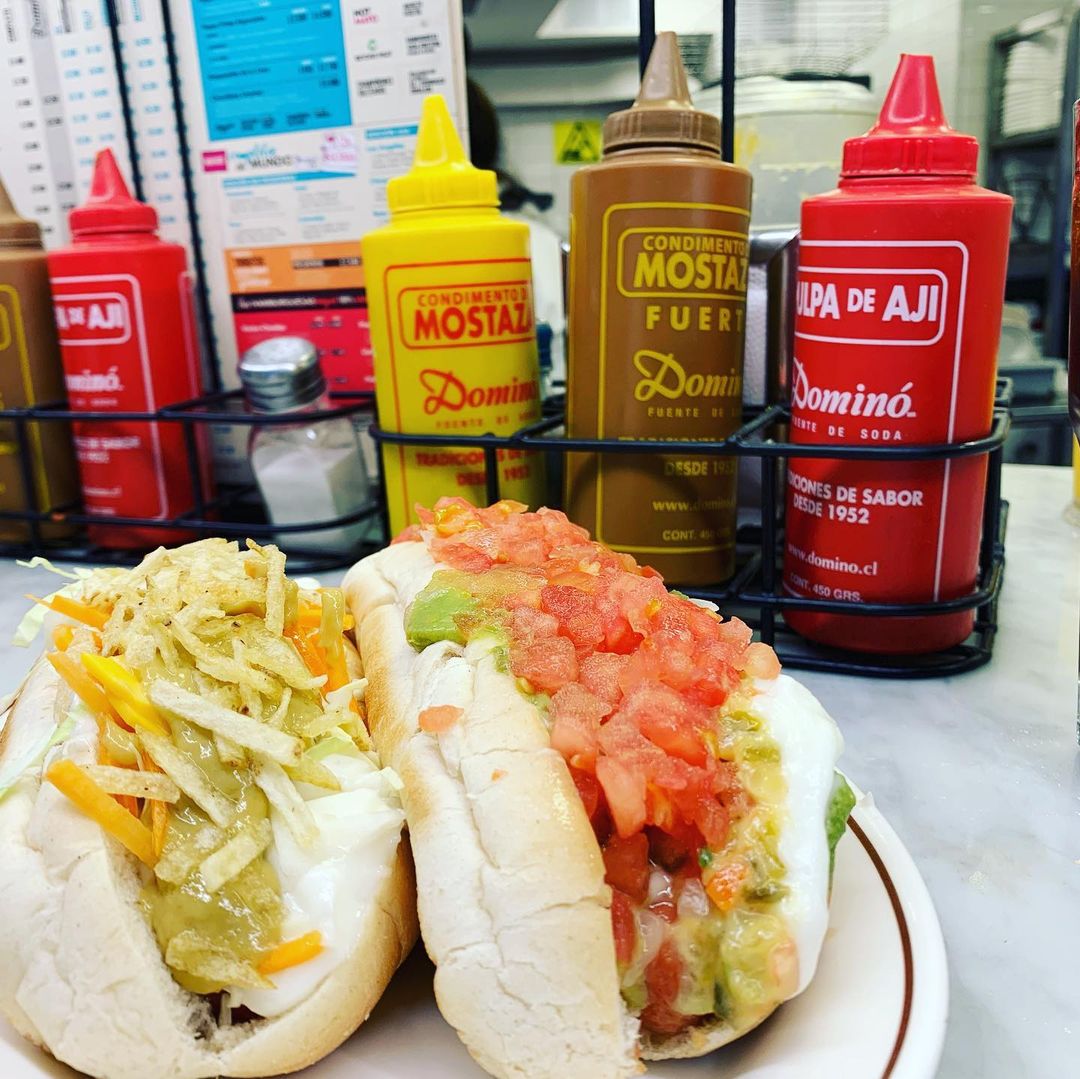 Today there are as many completos as there are people with different tastes. It’s difficult to show them all, but because of this year’s Completo Day we want to show you a list of some varieties. Take note of your favorite(s) to remember to try them when you visit Chile.

As: Instead of the typical hot dog sausage, the long bun is filled with thinly cut grilled steak.

A lo pobre (Poor-man’s style): Filled with a hot dog sausage, a fried egg, fried onions and cheese. The name comes from the original platter “A lo pobre steak”.

Brasileño (Brazilian): Hot dog sausage, melted cheese and mashed avocado. It gets its name from the colors of the Brazilian flag. 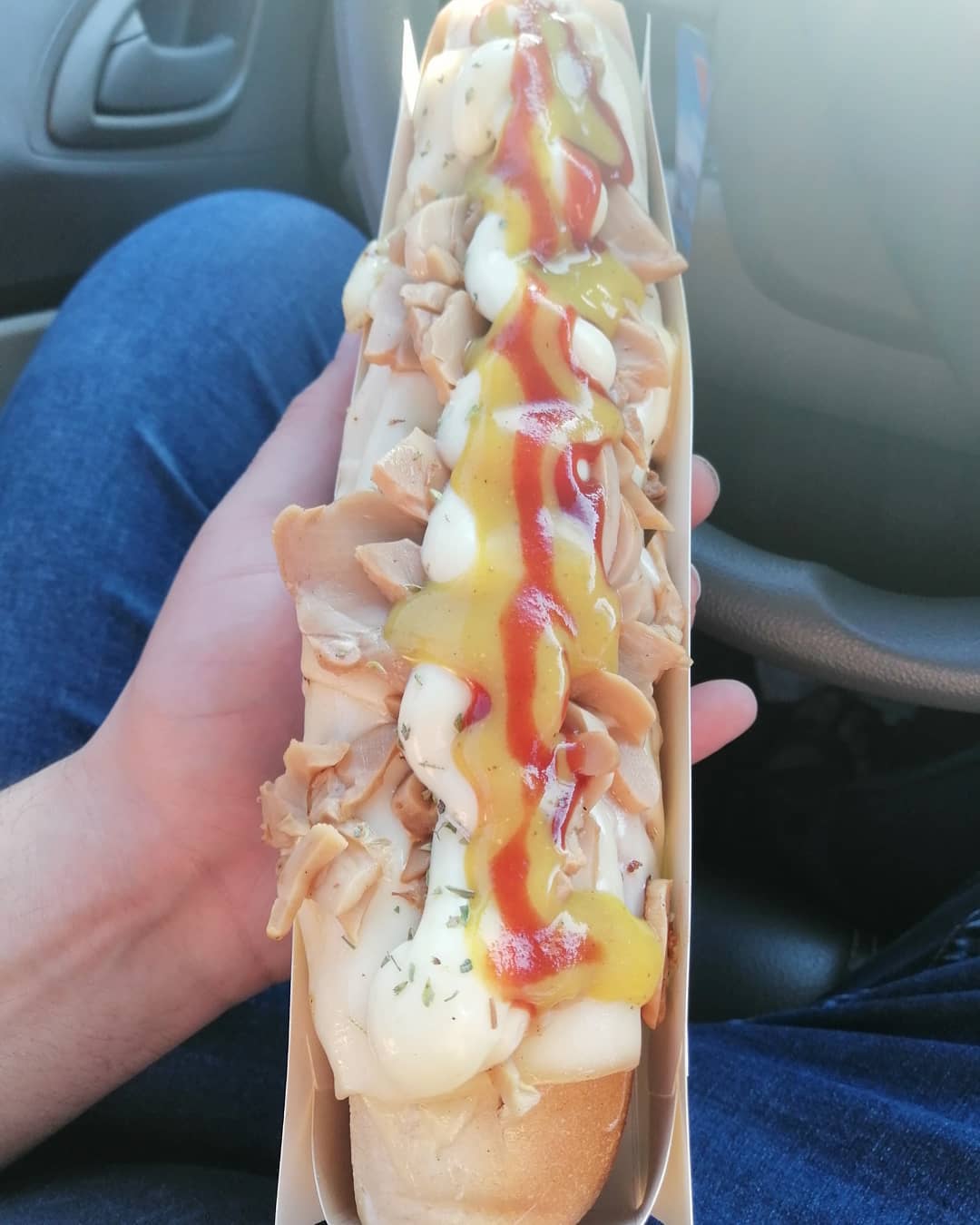 There are also variants of the completo in each zone of the country, such as for example:

Did the list make you hungry? It’s highly probable that you’re already planning to go to the supermarket to prepare your own homemade version. 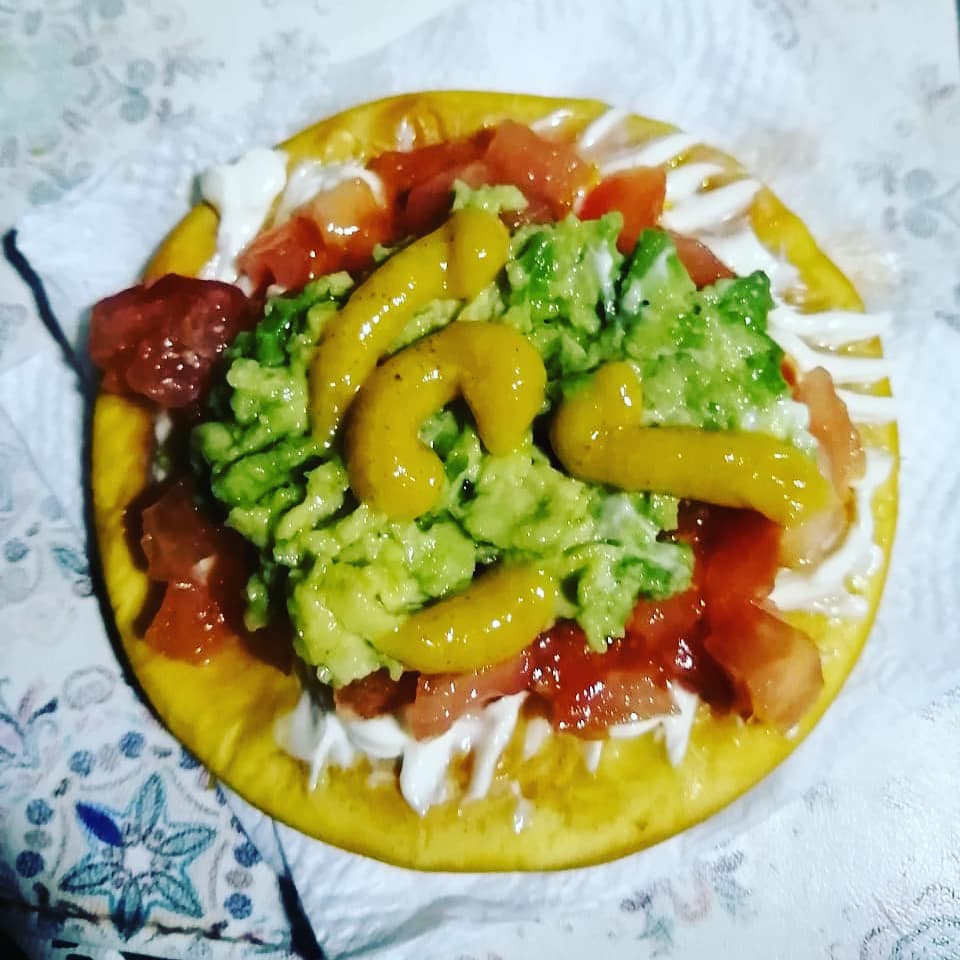 The evolution of the completo

Since Chileans are so creative, and never satisfied with only the traditional “completos”, they keep inventing recipes. Over the years, a new series of variations have emerged that have gained numerous followers. One of them is the “Sopai-pleto”, that has the same ingredients as a completo, but it’s served on a sopaipilla (a type of pastry made with squash) instead of a hot dog bun and the sausage is optional. 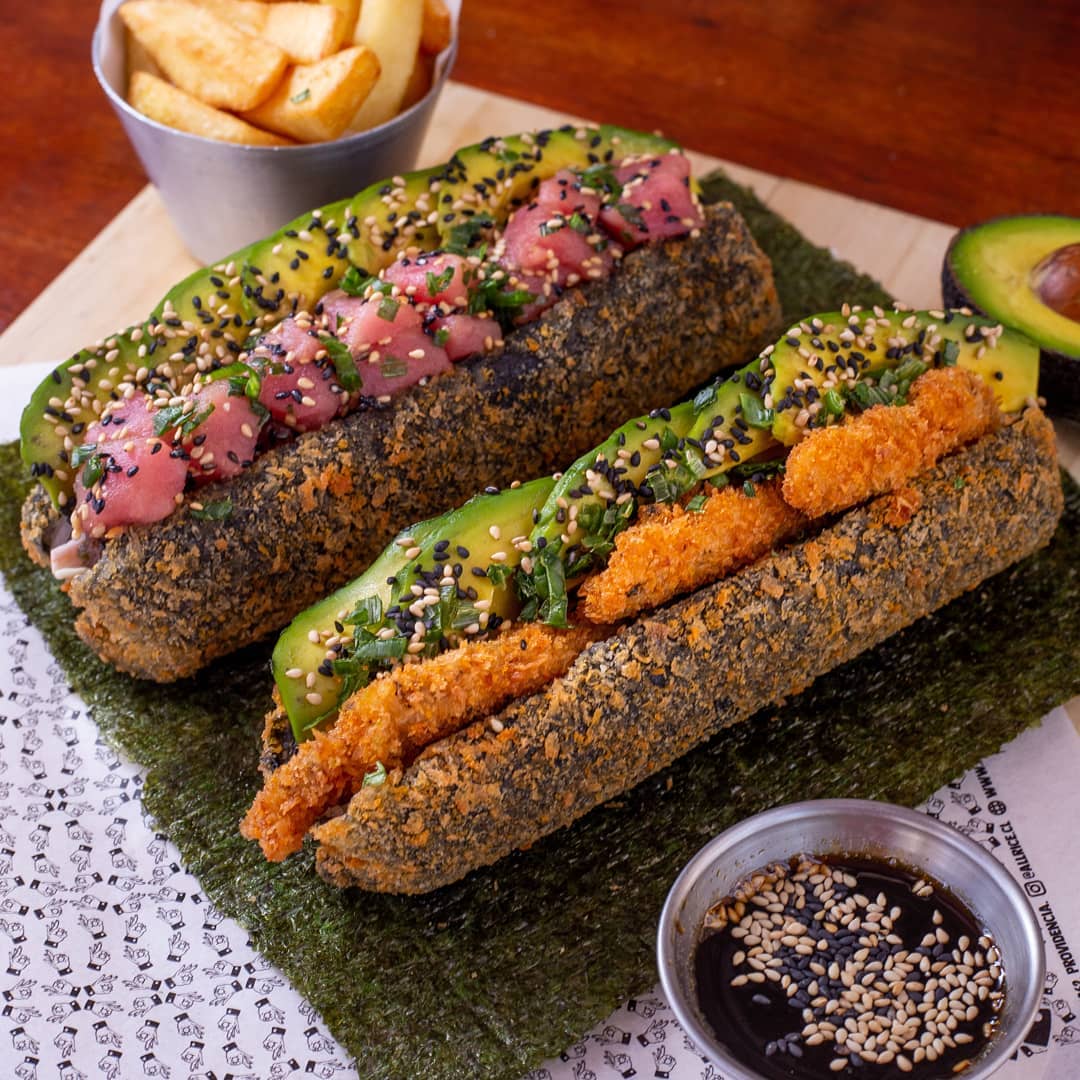 Other avant-garde versions are the “Sushi-pleto”, which is a sushi-shaped completo that uses rice as bread; and the “Papa-pleto”, a vegetarian version that replaces the hot dog with French-fries. 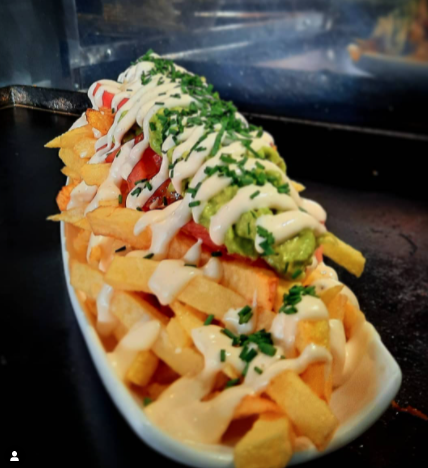 Are you hungry after reading this article? We don’t judge, because on Completo Day we wanted to show you why this food is present in all our celebrations and why it is so loved in Chile.