Chile, The Best Green Destination in the World

Ok, it´s true, we think our country is a pretty amazing nature destination, but it´s not just us making the claim: Chile was chosen by the prestigiousWorld Travel Award (WTA), as the World´s Best Green Destination this year, making us the winners of these popular Oscars of Tourism.

Can you believe it? Yes, Chile!

And of course, we are very proud to show off our natural wonders to the world, and invite every one, from around the world, to come see and be amazed by them.

Since 1993, the World Travel Awards have recognized, rewarded and celebrated excellence in all sectors of the tourism industry and over the years it has become a world benchmark of distinction in this market.

This year, in the Grand Gala Final Ceremony, held in the city of Muscat, in the Sultanate of Oman, Chile was awarded for the first time ever as the World´s Best Green Destination.

Congratulations Chile for being the winners! And it was well deserved too, because our country has absolutely everything to have earned this award. When you come to corroborate if the claim is true, Chile´s people, full of pride and eagerness to share the secrets of its prodigious nature, will receive you with open arms. 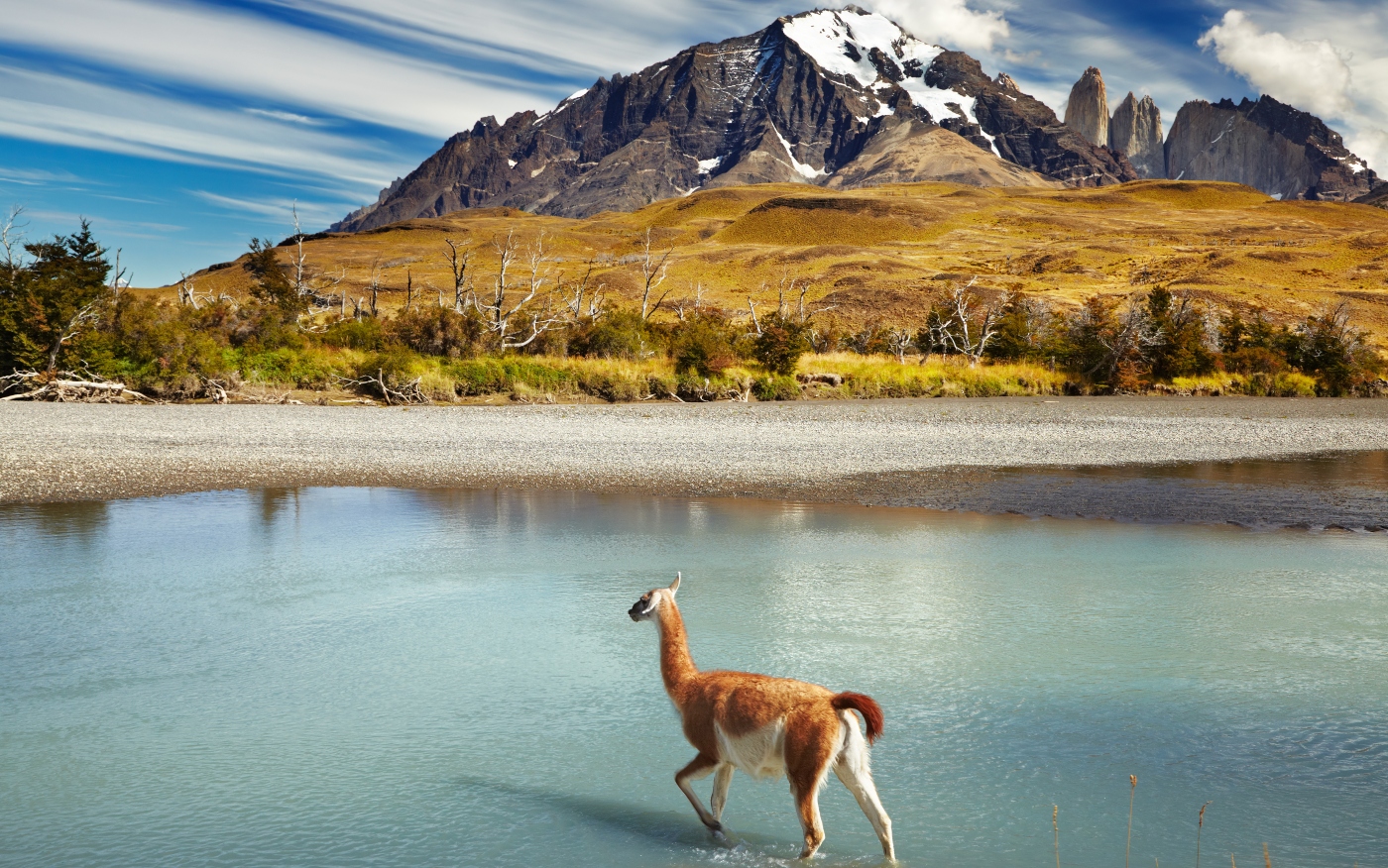 Chile has some competitive advantages and differentiating elements, according to data collected by the Research Department of the Undersecretary of Tourism, more than half of the foreign tourists that come to Chile declare that their main reason for choosing Chile as a travel destination is its landscapes, its natural attractions, and its unique flora and fauna.

Furthermore, the leading activity that these tourists carry out in our territory are visits to Protected Areas and to practice outdoor activities, either on the land, in the water or in the air. In recent years, the number of tourists who visited natural protected areas has increased significantly, over 25% of the total annual visitors.

As a way of sparking your interest in our country and awakening the idea in your mind, here is a summary of some our country´s most important natural attractions. 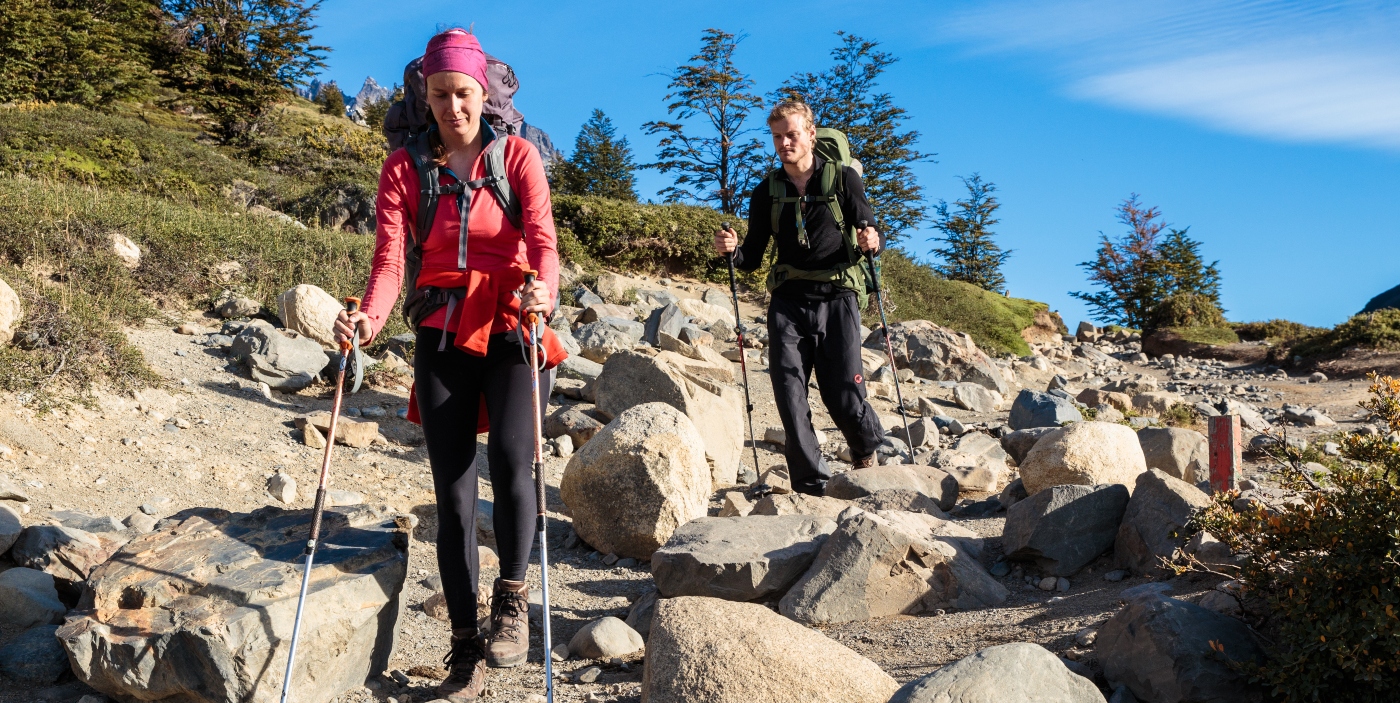 In Chile there are more than 2,900 volcanoes, of which, 95 are active, according to experts. This impressive number confirms that Chile has 15% of all the active volcanoes in the world. Among them, Villarrica stands out, with 64 eruptions throughout its “active” history.

With sufficient safety measures, and adequate guidance, many of the volcanoes can be climbed, thus, providing an unequaled experience of being surrounded by dreamy landscapes and magnificent views from the heights and from below one´s feet.

Climbers often say that Chile has some of the most beautiful peaks recognized worldwide. Given its privileged location, at the foot of the Andes Mountains, options are limitless, both for climbing enthusiasts and for those who simply want to contemplate the beauty of the landscape.

The charm and beauty of the panoramic views in Chile and the possibility of spotting national flora and fauna, such as the majestic condor, are just a few reasons that make us admire and marvel at the high mountains.

The San José, the Nevado Ojos del Salar and the Tupungato Volcanoes are a few that stand out the most, as we look out at its cones from afar and admire their impressive natural beauty.

With over 4,000 kilometers of coast, you can imagine the enormous offer of beaches that attracted the attention of the voters who selected Chiles as the Best Green Destination, making us the 2019 WTA winners.

From the warm beaches in the north of the country, to the cold and romantic ones, with features spas in the south, they all boast their own natural charm. There are so many that you can be sure to find your own favorites, most of which are in their natural state, either untouched and virgin, or less crowded and small.

Not only were the beaches facing the Pacific Ocean considered in the WTA Green Destination category, but also the multiplicity of beaches that surround the numerous lakes and islands of southern Chile.

The beaches of Rapa Nui deserve their own special recognition, especially the paradisiac beach of Anakena, because of its warm and transparent water, white sands; it is an icon among beach and sun lovers worldwide. 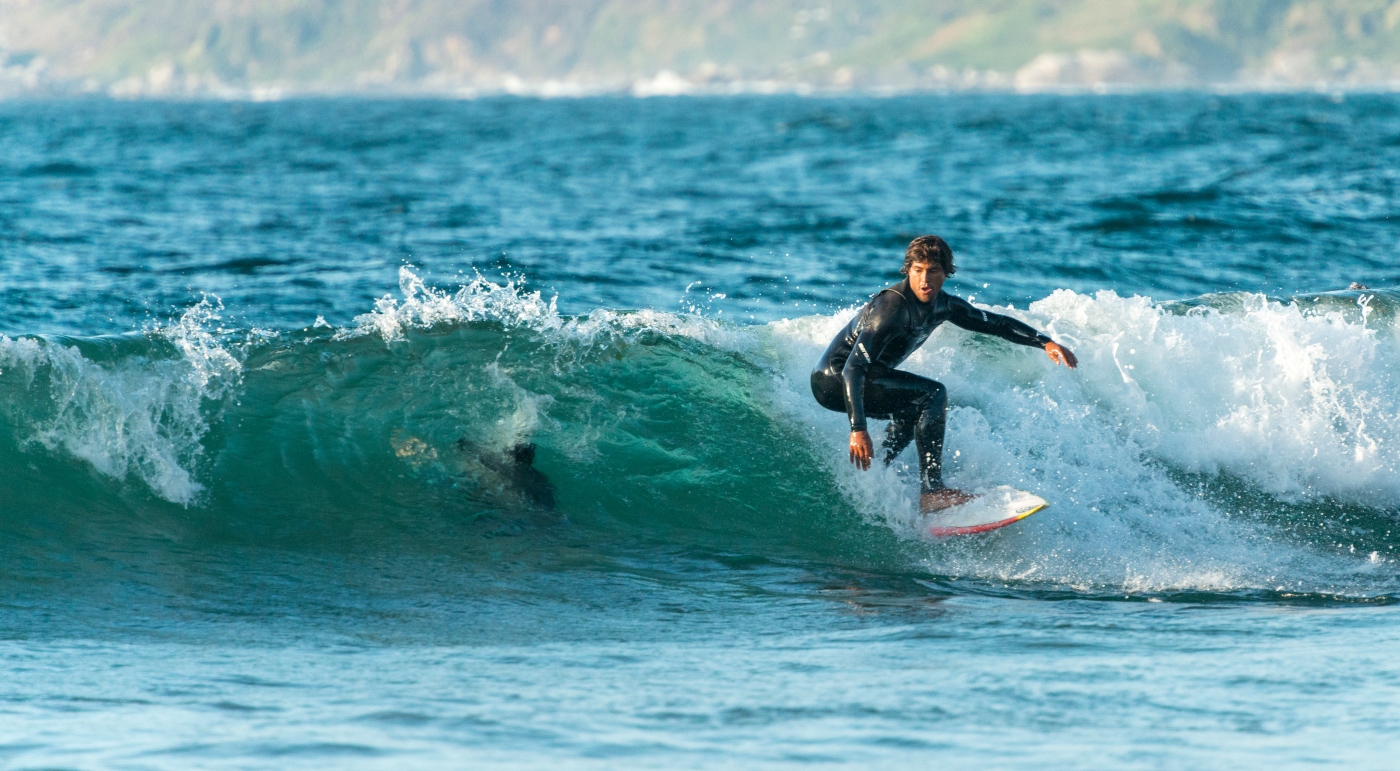 There are so many natural attractions in Chile that were taken into consideration by the World Travel Awards in order to grant us the prize of this popular vote, and we only have a few lines to describe some of the country´s beauties, in hopes of persuading you to come visit them.

Among the most visited natural and protected areas in Chile, are the wetlands. Lands that is occasionally or permanently flooded. There are other types of wetlands, located at over 3,800 meters above sea level, called bofedales.

Both the regular wetlands and the bofedales are responsible for regulating the hydrological phases and sustaining specific types of flora and fauna and, in recent years, they have become worldwide protagonists of tourism because of their great scenic and natural beauty.

There are more than 30,000 of these ecosystems throughout the country!

One of the fundamental places that cannot be missed is the wetland at the mouth of the Lluta River, a protected area with over 30 hectares, along the sea, that extends naturally far beyond and is the main coastal wetland of the north of Chile. 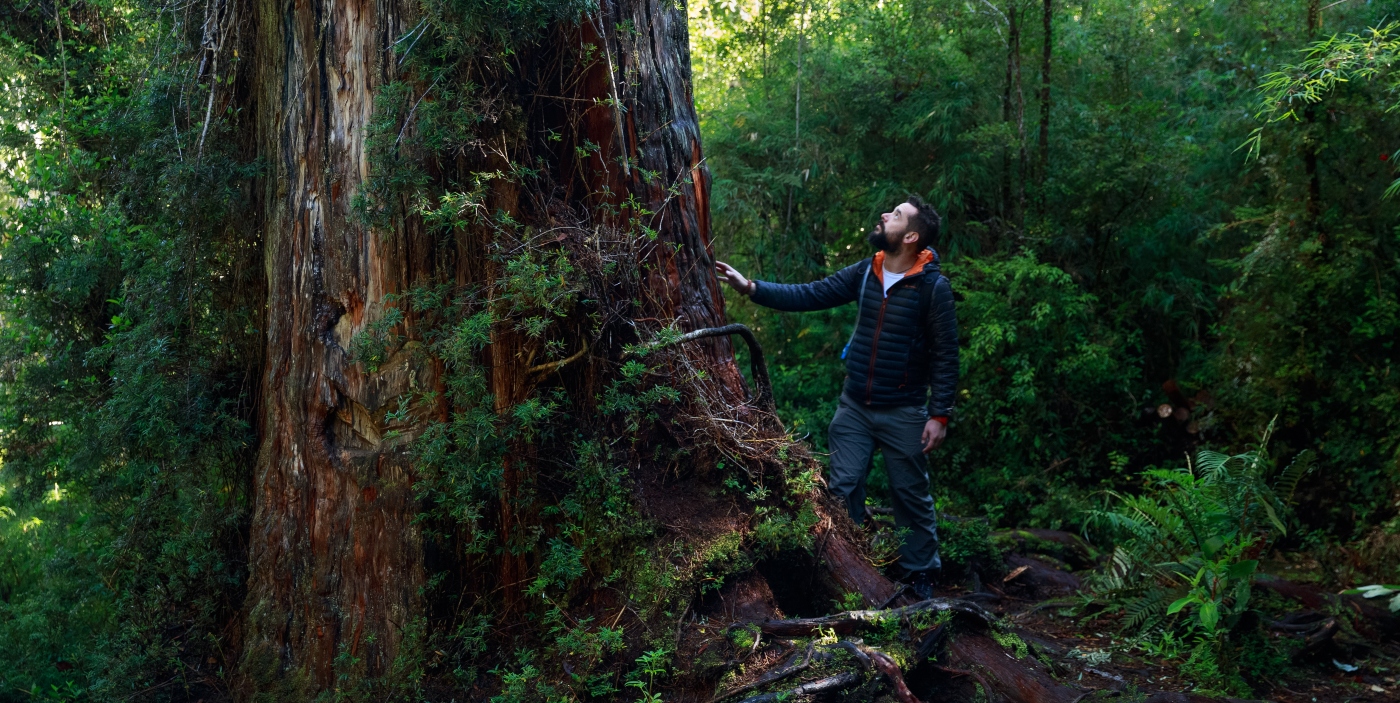 This wetland is an important resting and nesting place for American migratory birds from the northern hemisphere that arrive to the Chilean coast between the end of October and the end of December and begin their return to North America in March.

This place hosts thousands of birds every year, among which there has been more than 180 different species of residents and migrant birds, representing almost a third of Chile´s birdlife.

THE JUAN FERNÁNDEZ ARCHIPELAGO, NATURE IN ITS PUREST STATE

The largest islands of the Juan Fernández Archipelago are called Robinson Crusoe and Alejandro Selkirk, the fictional and the real shipwrecked person who gave life to the character of Daniel Defoe’s novel.

Also worth mentioning is the enormous natural wealth in endemic species of flora and fauna, its particular geological formation and its rich cold waters, a paradise for divers who get to marvel at the aquatic spectacle that includes reefs, countless species of fish, mollusks, amoebas and corals, many of them that aren´t even registered yet! 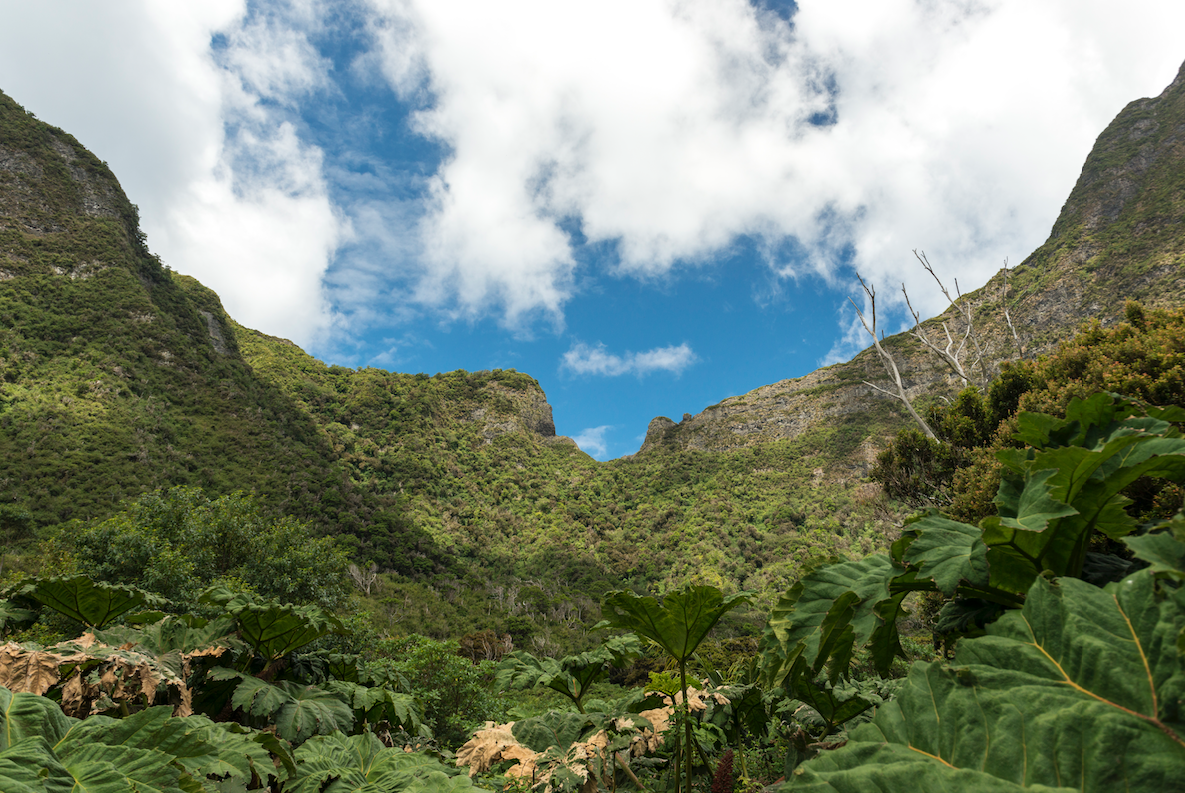 As if Chile needed any more reasons to have won this award, and be recognized for its natural beauty, we don´t want to leave out the country´s abundance of National Parks and Natural Reserves throughout the country.

There are 41 National Parks, 26 Natural Reserves, 20 Forest Reserves and 18 Natural Monuments, which altogether cover an area of 18 million hectares, in addition to the 4 Marine Parks, which preserve the ecosystem for the species that inhabit them.

One of the most incredible examples of natural beauty is that of Conguillío National Park, in the Araucanía Region.

This natural treasure, also known as “the umbrellas” because of the shape of the Araucaria trees that give this park its particular silhouette, has among its greatest attractions, the Llaima volcano standing at 3,125 meters high, as well as the lakes and lagoons formed by volcanic activity, and its ancient forests, many of them still unexplored.

And of course, when it comes to national parks and natural wonders, we cannot fail to highlight the Torres del Paine National Park, which presents to its visitors the immensity of Patagonian nature and some of the most beautiful landscapes on the planet.

With so many natural treasures, it is not easy to decide where to go first… perhaps to the desert? The Salt flats? The forests? The Glaciers?  The Fjords and canals? The vastness of the Patagonia?

Chile´s nature is impressive and magnificent, surprising and glorious. It will always give  its visitors a demonstration of its treasures. So, come and discover Chile´s Green destinations and understand why it has deserved this year’s recognition in the World Travel Awards. You will never forget it.