Birdwatching in Chile: Discover some of our Chilean birds

Birdwatching is one of the pastimes that has gained the most followers in recent times, with thousands of people going on excursions in search of the most peculiar and beautiful of Chile’s birds species, many of which are in serious jeopardy.

From north to south and from mountain to sea, our privileged nature provides shelter to hundreds of bird species in Chile that cross the skies or run on land and wetlands, reservoirs, lakes, lagoons and river mouths.  There are more than 500 different species that make up Chile’s bird life, to the delight of these birdwatchers and nature fans.

The BirdsChile group, which has been involved in this world for over 10 years, told us about this discipline and gave us some advice for those who are new to the hobby: “For those who are just starting out, we recommend that they get a good pair of binoculars and some good books and field guides.  That’s really enough, the rest is just passion and patience”. 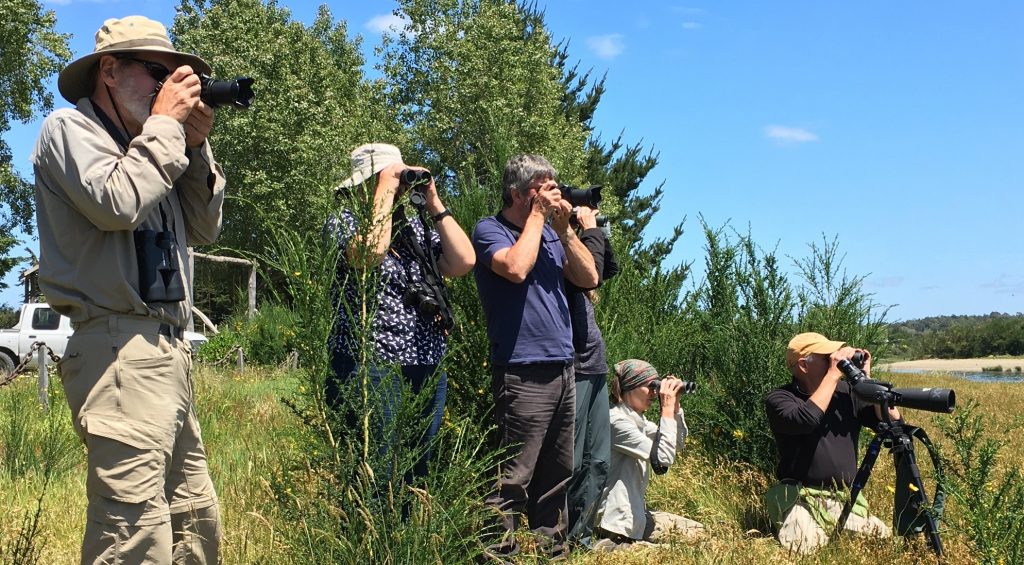 Within this context it can be understood that ornithological and birdwatching tourism have developed with special emphasis on conservation and respect for natural environments, rescuing and actively collaborating with conservation and protection projects.

However, this can also begin in your own backyard, which will later become your great passion, says BirdsChile: “Birds can be seen from your own backyard or by walking through the parks and streets of your city.  Take advantage of connecting with the entire natural environment and appreciate the interactions of birds, taking notes on their behavior, information on their presence, songs and of course the characteristics of their plumage and appearance.  Once you are hooked you can’t go back!” they claim.

An important issue is the 33 species of birds in Chile that are under the threat of extinction, so this careful and conservationist approach to viewing sites must be rigorously observed. 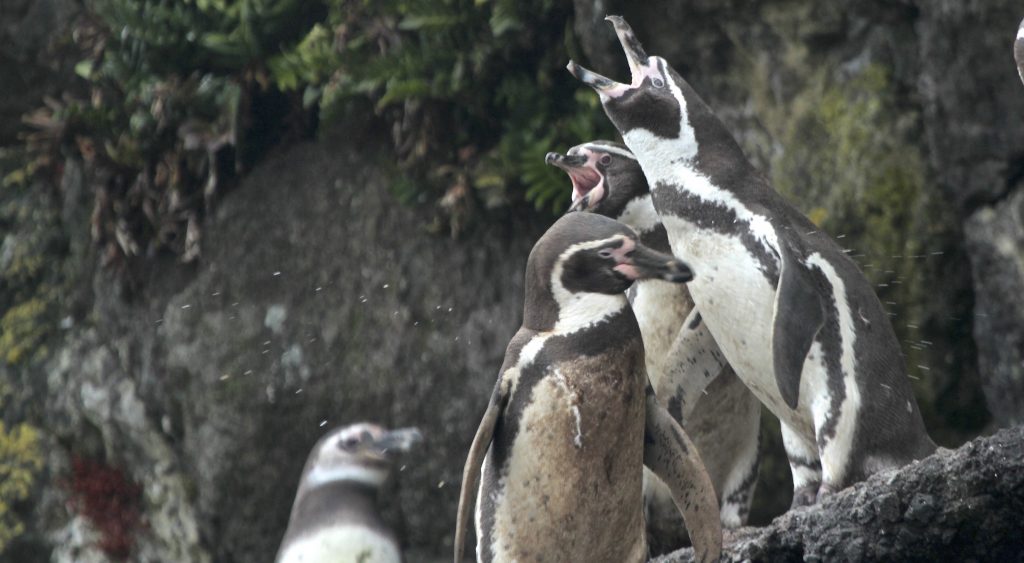 From North to South: Where to watch Chile’s most beautiful birds

“Arica and the Altiplano, part of the central zone and in the south in Los Lagos, Magallanes and Tierra del Fuego.  This is the classic circuit that allows you to see all the birds you are looking for in continental Chile,” BirdsChile says, although they stress the relevance of looking for “ecosystems, more than territories”, during the observation of Chile’s birds.

In the north, the proximity to border ecosystems, in addition to the geographical position within the species’ migratory route from the northern hemisphere, makes the area of Arica and the Altiplano a mandatory destination if the goal is birdwatching or photography.

And one of the must places that you cannot miss is the wetland at the mouth of the Lluta River, a more than 30 hectares protected area on the seashore, but which naturally extends far beyond: “The Lluta River wetland is an incredible place to watch birds because it is also an environment where it is generally possible to observe species that are difficult to find in other regions of our country”, we are told by the birdwatching group.

This impressive ecosystem is located only 10 kilometers from the city of Arica and has been declared a “nature sanctuary”, in addition to being part of the Western Hemisphere Shorebird Reserve Network (WHSRN).

This wetland is a resting and nesting place for American migratory birds from the northern hemisphere, which arrive at the Chilean coast from October through the end of December and begin their journey back to North America in March.  The site is normally home to thousands of birds, among which more than 180 different species have been recorded, including both resident and migratory birds, representing nearly a third of Chile’s avifauna.

In higher plains, such as Putre (3,500 meters above sea level), the protagonists are birds such as the Andean flicker (Colaptes rupicola), the puna tinamou (Tinamotis pentlandii), the giant coot (Fulica gigantea) or the puna snipe (Gallinago andina).

In the central and southern zones of Chile you can find wonderful ecosystems for birdwatching.  Our friends at BirdsChile tell us: “The surroundings of Santiago are incredible for birdwatching.  We have the Andes Mountains with the remnants of sclerophyllous forests and endemic species of those ecosystems and the heights where it is possible to find a great variety of charismatic and unique birds like the rufous-chested plover or the Andean Parakeet”.

One of the most special recommendations of the Chilean central zone are two wetlands and a natural park: the Cáhuil wetland; the Batuco wetland, and the San Carlos de Apoquindo Natural Park.

The Cáhuil wetland is 200 kilometers south of Santiago and is located at the mouth of the Nilahue River, near the famous Salinas de Cáhuil.  A beautiful and peaceful environment, properly equipped with viewpoints and walkways, home to some 60 species of Chilean birds, both migratory and resident.

Among the latter are the coscoroba swan (Coscoroba coscoroba) and the black-necked swan (Cygnus melancoryphus), both endangered species; the cinnamon teal (Spatula cyanoptera), the black skimmer (Rynchops niger), the great egret (Ardea alba), the Cocoi heron (Ardea cocoi) and the red-fronted coot (Fulica rufifrons), among others. 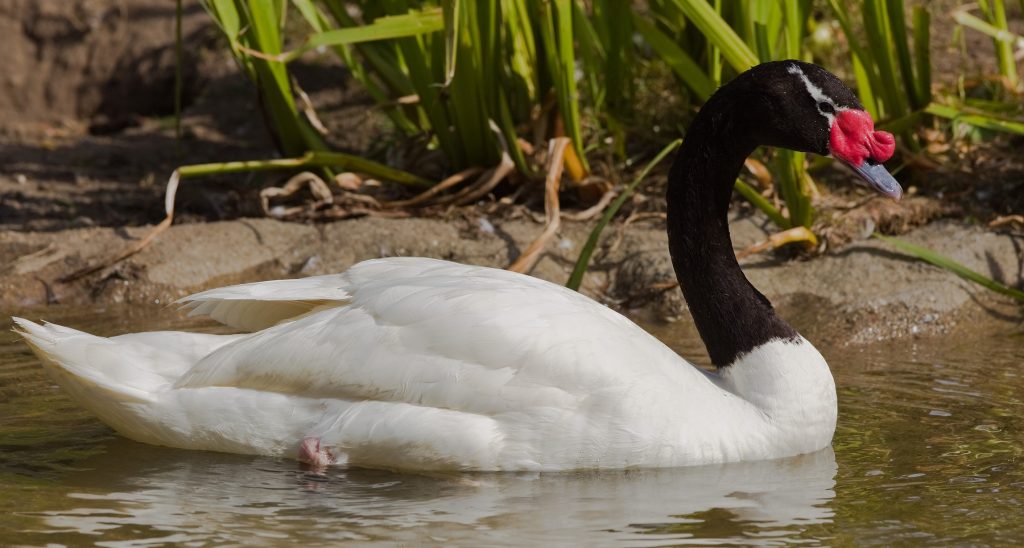 Another wetland, even closer to Santiago, is Batuco, where there are about 70 species of birds, both resident and migratory, and where shorebirds can also be seen, being observable almost 20% of Chile’s birds here.

Among them, the Andean goose (Oressochen melanopterus), with flocks of up to 500 specimens, and the black-headed duck (Heteronetta atricapilla), concentrated in the area the largest world population of the species.  You can also see the red shoveler (Spatula platalea), the yellow-billed pintail (Anas georgica) and the red-fronted coot (Fulica rufifrons), among others.

And the San Carlos de Apoquindo natural park, near Santiago towards the mountain range, invites you to choose different trekking options where you can watch a great variety of birds from the central mountain and pre-Andean area of Chile.  Some of the birds that you can see in this fantastic enclave of nature are the common diuca finch (Diuca diuca), the Chilean mockingbird (Mimus thenca), and the Chilean flicker (Colaptes pitius).  Further in the heights we find the crag chilia -an endemic bird-, some owls or birds of prey.

And of course, the enormous condor (Vultur gryphus), symbol of Chile, which inhabits a large area of the Andes, but that is likely to be seen in central Chile.  The previously mentioned park and the areas of Embalse del Yeso in Cajón del Maipo are great places to see them.

The condor is one of the planet’s largest flying birds, reaching up to 142 centimeters in height and over 3 meters in wingspan.  The spectacle of watching a condor glide over the peaks of the Andes is impressive and breathtaking.

Finally, in southern Chile the options are much wider, so it will require a separate dedicated article!  However, we can highlight the wetlands of the Maullín River, Caulín in Chiloé or the lagoons and wetlands of Magallanes and Tierra del Fuego.

Our friends from Birds Chile provide birdwatching details of the area, since there are many birds in danger of extinction and they are protected sites: “The most important precaution in these places is to follow the rules where they are in place and always move as cautiously as possible where rules don’t exist, trying not to get too close to areas where birds rest and feed, hopefully using telescopes to watch them from a prudent distance to avoid upsetting their natural cycle.”

One of the birds that can be seen in rivers is the famous torrent duck (merganetta armata), symbol of BirdsChile, that can be seen in southern and all of Chile.  They nest in pairs on the banks of rivers and their way of facing the torrents is quite striking.  It is a beautiful bird, with very distinctive colors, and is often seen resting on rocks throughout its habitat.

But we’re not finished!  In this article we mention some examples of the incredible variety that birdwatching fans can see; soon we will deliver a new article including more details on southern Chile and our country’s islands.